The dangerous process of collecting honey

Have you ever heard anything about how the Nepalese honey hunters mined. Probably not every person to receive this honor. One photographer who traveled the country, managed to shoot unique pictures of how people extract the honey. This is very dangerous, but at the same time, they observe the most ancient tradition, which has created the nations Gurugngi. 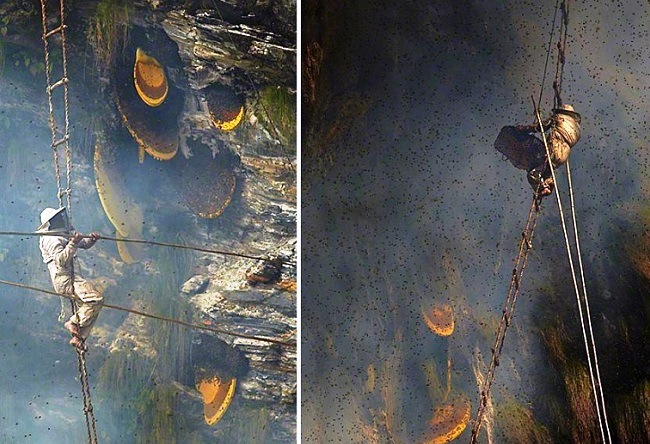 In the year it happens a few times, people climb the rock, which is located in the central part of Nepal and start a real hunt for the «precious» honey. What’s interesting is that the people using all the same tools that were used by their ancestors before them. That is, the manual rope ladder, and very sharp bamboo poles. 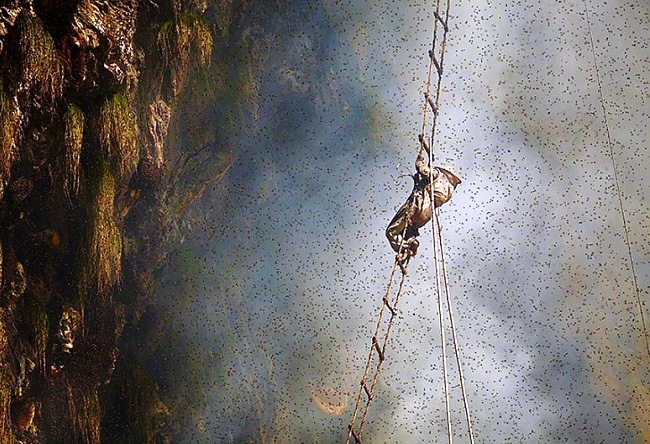 But then we must remember that they must be used very carefully, in order to accurately chipping honeycomb with honey, then they should be also carefully placed in a hanging basket. Looking at this process, it can be called, so the ritual itself, which is transmitted from generation to generation. For starters, they pay tribute to the bees themselves, that is, except for the fact that they pray, they also bring their gifts, it can be rice, flowers, and fruits. 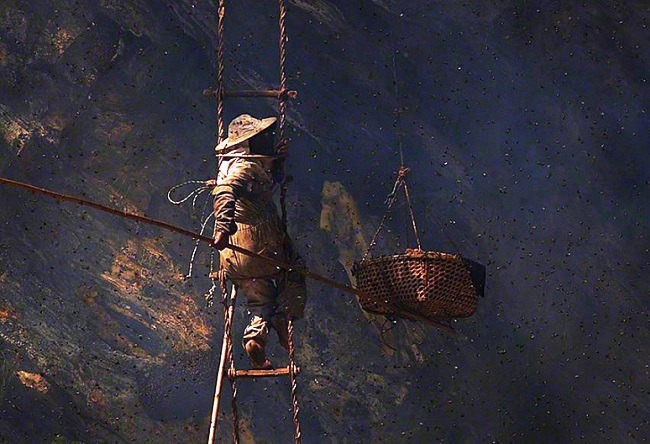 Women to this ritual in any case not allowed. And before that, he could not even look at it. After the prayer read by hunters kindle fire and smoke bees, after which the men descend and begin the process of collecting honey. 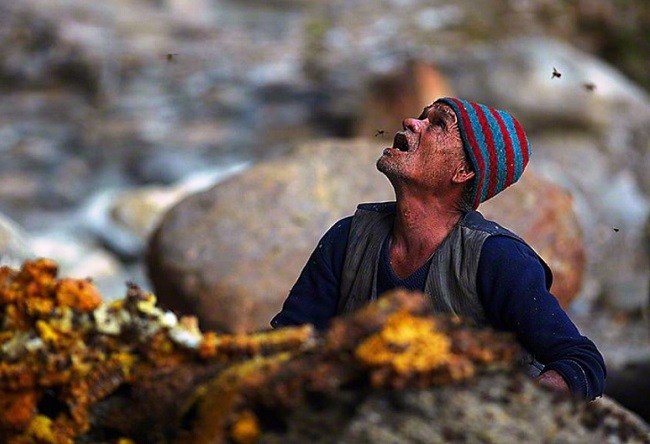 What’s interesting is that the fall, they will not be afraid, but to take away the honey bees, which are the largest in the world, yes, it’s very scary. These bees, the size can reach 7 cm and character they are very aggressive. So, they work very hard, but that’s how delicious honey, with nothing to compare. If you want to see a great process, it is necessary to know exactly when the season starts collecting and come here.