Among the many amazing cities in the world that attract tourists with their «appearance» is the emerald city of Chefchaouen (not in color but in form), located in the north-west of Morocco, and so called for the sky-blue color of its buildings.

Where did this emerald city on the African continent come from?

Some travel agencies and their guidebooks on this part of Morocco are convinced that this emerald city has such a coloring, thanks to the rather popular Frank Baum fairy tale «The Wonderful Wizard of Oz», originally published in 1939. And then, with the light hand of Alexander Volkov, acquired a Russian-language interpretation called «The Wizard of the Emerald City.» However, this kind of analogy of domestic travel agencies does not have anything in common with the history of Chefchaouen. 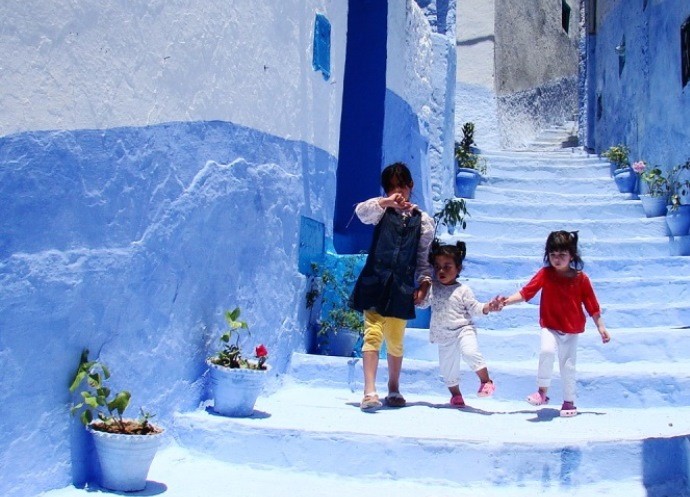 And the story of this landmark of Africa lies in the fact that initially the inhabitants of Chefchaouen were small tribes of Moors who were forced out of Spain at the beginning of the fifteenth century. However, this kind of loneliness lasted not so long. Almost a century later, representatives of Muslim and Jewish communities began to settle in this city, for which Africa was also a home.

Unusual coloring of almost all houses in the city was brought by Jews, for which the blue color is the prayer cover of the Bible (talit), which from time immemorial was blue or blue. So, what exactly this religious feature of Jews has transformed the Chefchaouen into interesting places of Africa, in which many tourists try to get to Morocco. 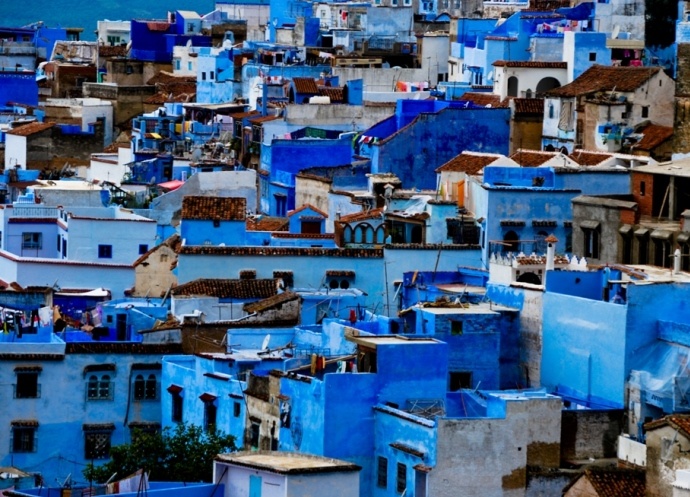 Initially, the residents of Chefchaouen painted their houses in blue with a paint prepared according to a special recipe, which the aborigines received from local shellfish. However, this practice has been lost over the years and residents of the city have switched to the use of more common synthetic dyes, which Moroccan merchants began to import from the European continent. And although the local guides prefer not to spread this fact, as they think, Chefchaouen’s tourism image may suffer from this, but it is clear that this does not correspond to the truth. So, if you will travel to this amazing country of Africa, if it does, then, without hesitation, come to this city and make sure of its uniqueness.