Like many countries with a favorable geographical location and attractive climate, Morocco in recent decades began to actively develop tourism business. And with a fairly long part of the sea coast, Morocco is here is building a significant part of its resorts. And one of them are resorts «Legzira Beach». 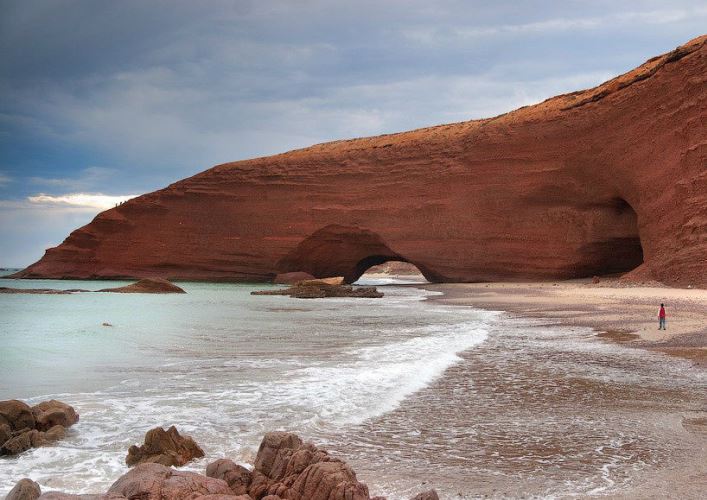 If we talk about the main brands associated with Morocco, the first thing that comes to mind to the domestic consumer is the Moroccan citrus and resorts of Casablanca. However, among some of those who have already visited this amazing country, other geographical names and images may appear, among which «Legzira Beach» will not be in last place. After all, if you have a desire to visit the surface of such a planet as Mars, then it is not necessary to wait for the moment when regular flights of interplanetary spaceplanes begin to go to Mars.

And for this, it will be enough to make a trip and, flying or sailing to Rabat, the capital of Morocco, by bus to Sidi-Infi or Tiznita, two small resort towns, between which «Legzira Beach» is located. At the same time, if you are an admirer of not only contemplating or photographing magnificent landscapes, but also surfing, then «Beach of Legriz» is the very place that you have probably been looking for your entire surfer career. After all, the almost constant surf of the Atlantic creates the most favorable conditions for surfing. 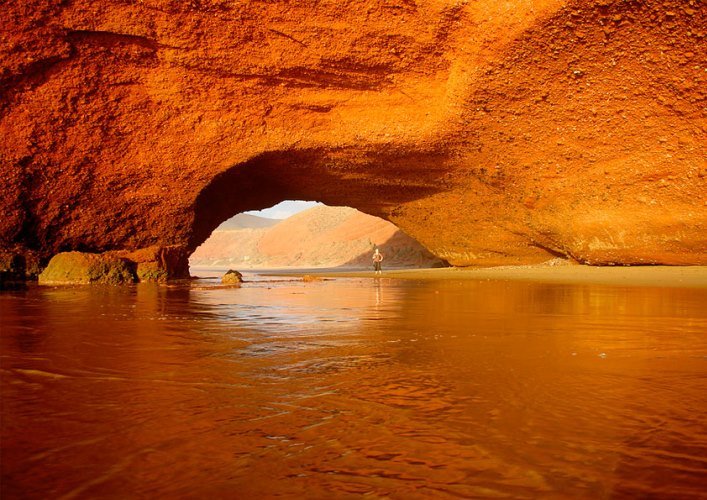 In addition, it is worth remembering and interesting facts that highlight «Beach Legzira» from a number of Moroccan sights and which are noted in all the guidebooks, for this, an amazing edge. First of all, this circumstance that the so-called «Martian» landscape, which distinguishes Legzir from its neighboring resorts, is formed by red volcanic rocks. Which for millions of years impact on them the violent waves of the Atlantic and the salted wind, turned them into these quaint, giant arches and attract many fans of exotic photos against the background of the ocean.

And the second no less remarkable property of the «Legzira Beach» is that tourism in Morocco, as a rule, assumes the adoption of sea baths, if not in the natural waters of the Atlantic or the Mediterranean, then it may not work for you on the Legzira Beach. After all, primarily here because of the constant high surf of waves, it is quite problematic not only to go into the water abyss, but also to get out of it. At the same time, the water temperature does not correspond to the standards of comfortable bathing in the waters of the Atlantic Ocean, unless this is a forced circumstance. 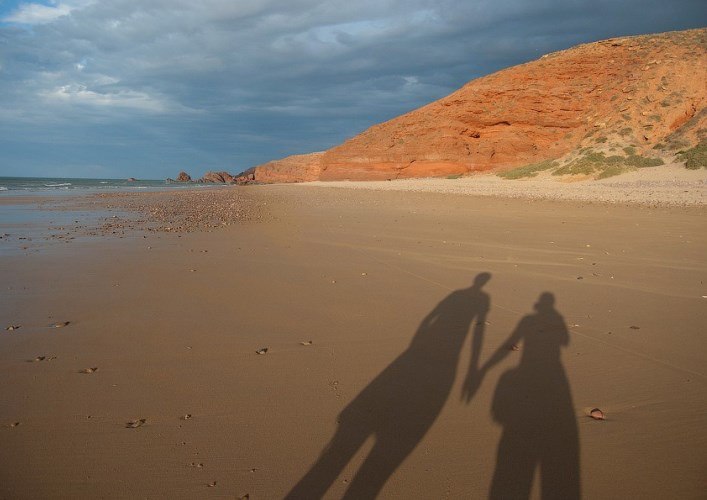 How to get to Legzira beach

As we wrote a little bit above in order to appreciate all the advantages of this beach, arriving in one way or another in Rabat, it is worth to change to one or another wheeled vehicle and get to Sidi-Infi or Tiznit, between which our «Legzira Beach «.