The original design ideas of the French couturier in the field of outerwear always attracted attention, not only critics and specialists, but also the broadest public who shared his innovative ideas. But Pierre Cardin’s rather unusual bubble house is a new word in his work.

The Space House of Pierre Cardin 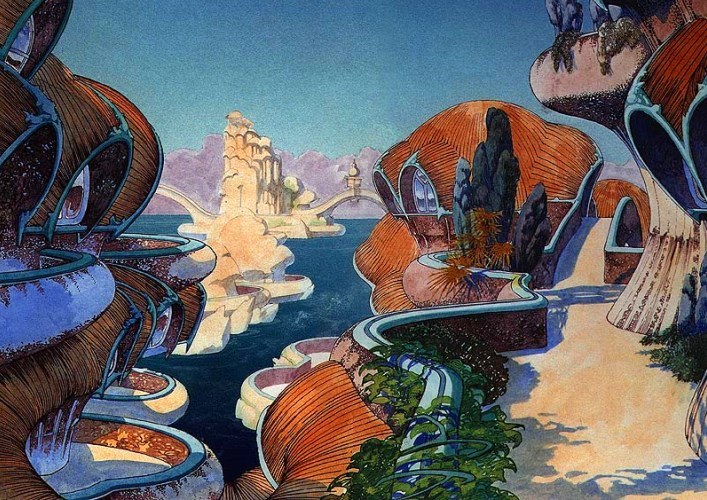 As many friends and acquaintances of Pierre Cardin say, the idea of building a mansion with an unusually architecture has long been the obsession of the famous, French couturier. However, he finally could not decide on his general concept until he saw in the suburbs of Cannes quite an original building of the Finnish architect Antti Lovag, based on the buildings of spherical shape. At that time, and this was the beginning of the eighties of the last century, the building was not completely finished, as its customer, one of the very rich people of France, suddenly passed away. So, having laid out only 50 million francs, Pierre Cardin’s bubbly house has acquired more real outlines with a clearly pronounced futuristic theme of a space house based on spheres. 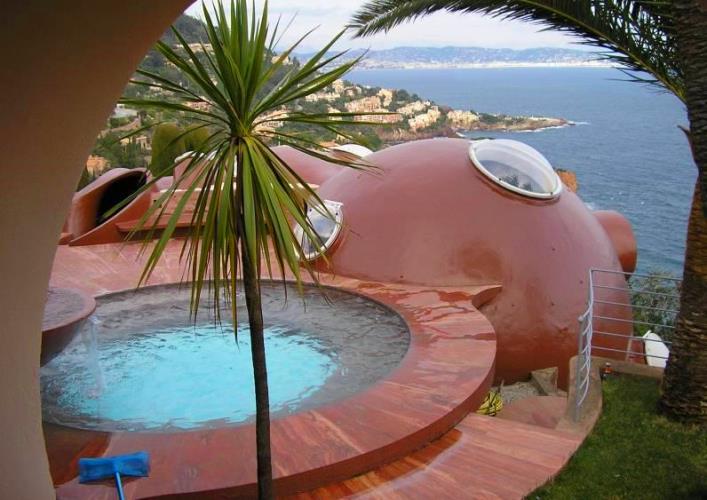 Sphere is the basis of life

As Cardin later explained, that according to his deepest conviction, it is precisely such a geometric figure that not only fits most harmoniously into the surrounding nature, but also is some embodiment of the symbol of the Earth and its ability to create a living one. With this idea in mind, all the elements of this amazing structure, both its external forms, and the elements of the interior decoration of rooms and numerous transitions, are subject to the desire for this unique geometric form.

At the same time, traveling through this mansion once again convinces us of the fairness of this general idea. After all, even a small concert hall is made in the form of an amphitheater, not to mention the cascades of round, ornamental pools and a small winter garden, also enclosed in a sphere. 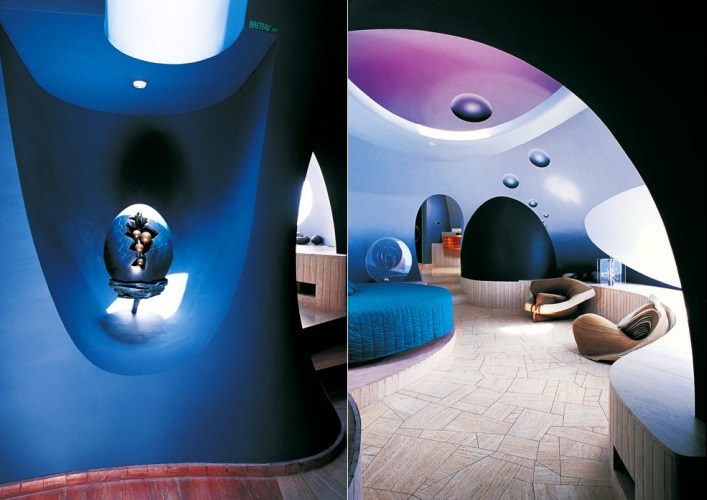 Sunlight in the House of Karden

The natural lighting of the house is no less original. Applying a number of special filters, Antti Lovaga and Cardin have achieved that sunlight, penetrating inside the rooms, through the rounded windows and openings in the ceiling creates lighting that does not form a shadow. And in such rooms, as the same winter garden, the same filters, give the sunlight amazing shades corresponding to the general mood of the room itself, starting from a warm green hue, and ending with a contrast, blue light. So, it can be said with certainty that numerous unusual and interesting places in Europe in France have been replenished with another work of art that adequately represents modern culture.