The fact that the Japanese differ from a significant part of the population of our planet by their rationality, diligence and love of nature, probably, is unnecessary to say. And as confirmation of these words, we’ll look at Hitachi National Park (Hitachi Seaside Park), which grew on the site of the naval base. 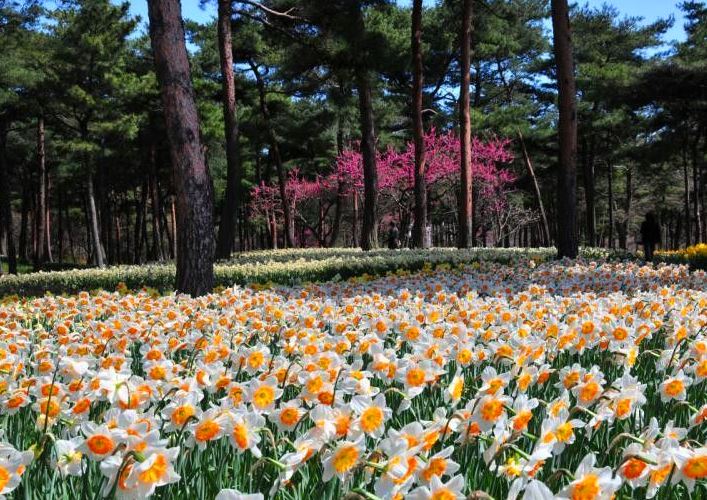 Despite the fact that Japan, as a relatively small island state, does not abound in fertile lands, the authorities of the prefecture of Ibaraki, almost without hesitation, gave 190 hectares of those once employed by the military not for industrial plants or rice fields, but for Hitachi Seaside Park. And over time, the entire area turned into a real Mecca, for many residents, located nearby, the city of Hitatinka. In addition to this, to this day, visitors to nearby cities and foreign tourists come to this park with numerous attractions, a mini-zoo and a swimming pool.

And here in the park there really is something to see, because the main attractions of Asia in the Hitachi Park are its flowers, planted almost throughout its territory, and this is neither much nor little, 4.5 million plants that since May, blossoming, are passing the baton , Please the eye until September. And if in May this huge space is covered, rather familiar for us, blue neophiles — American violets, then closer to July, this fabulous landscape gives way to the blossoming of millions of scarlet poppies, which closer to September give way to their palette of kohim, a gentle-green perennial shrub. 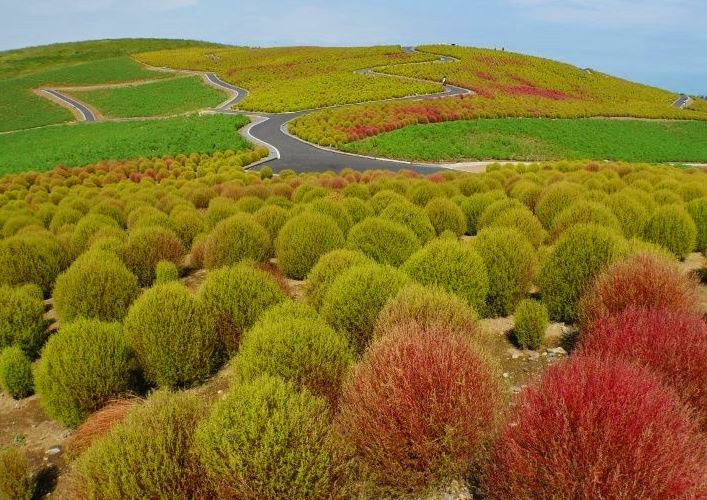 Beauty is not so simple

We are already accustomed and not surprised that in the same Saudi Arabia or the United Arab Emirates, blooming gardens and fragrant parks grow right in the middle of the desert. Modern technologies allow for today to carry out this kind of miracles. In principle, in the same way, in an empty place left by the military, this park of flowers grew. And for this, tremendous work was done on the implementation of the underground irrigation system, which during the entire flowering period maintains the necessary water balance necessary for the full-fledged growth of plants. 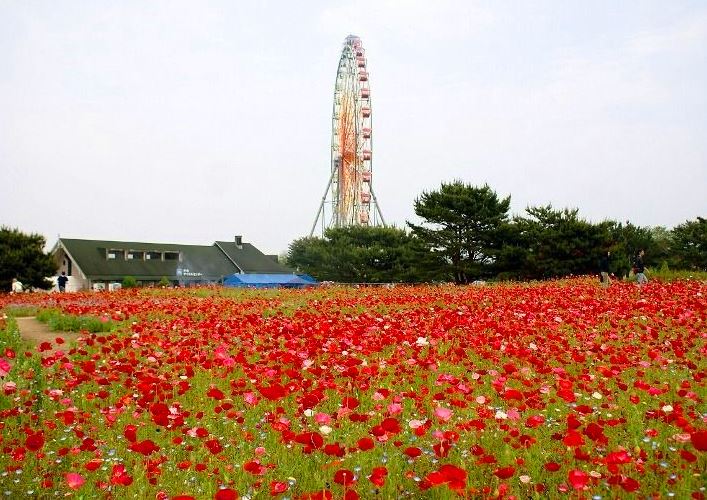 In addition, a whole team of flower growers throughout the year is working on the fact that it would be timely to grow and preserve seedlings of the same goats, poppies and American violets. And if your next trip to Japan will take place next to the city of Hitatinka, be sure to look into the now famous park «Dawn», because that’s how the word «Hitachi» is translated from Japanese.