It’s no secret that the development of the child that occurs during the game is much more easily absorbed than the same amount of information the child learns in the traditional form of the school lesson. To solve this problem, and set themselves the Australian architects and created a state-of-the-art kindergarten Melbourne. 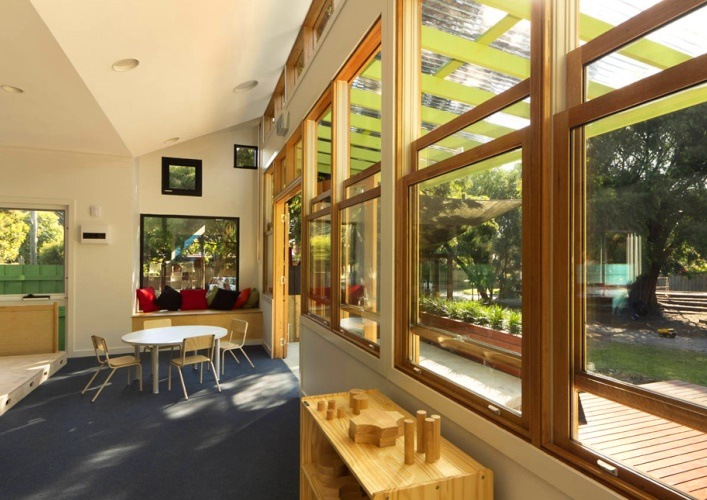 Back in the beginning of this century, the Australian government adopted the Grange Road Kindergarten program, aimed at developing and improving modern methods of pre-school education for the younger generation of this island nation. And it was based on the principle that at the age of three to five years new information is perceived much better when it is presented to the child in the form of a game context and form.

Based on this, the Melbourne kindergarten based its work on creating a game environment for its young visitors. And on the basis of this, almost every day, the child’s stay in this kindergarten is the realization of a kind of play. Plays in which each of its actors, plays that role or other role, which he most all liking. 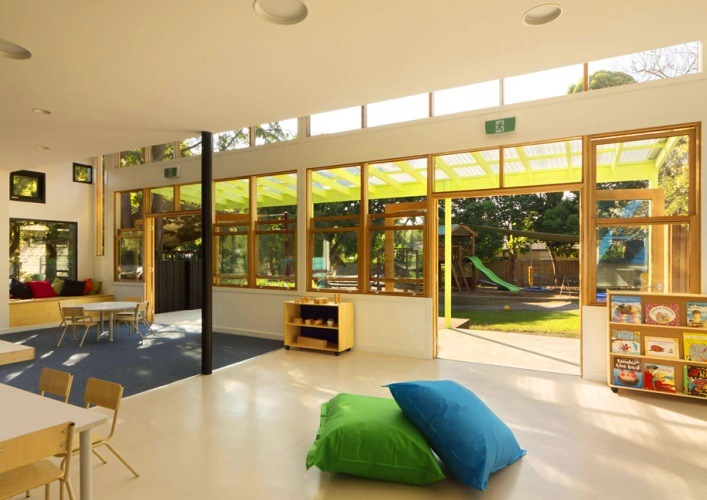 Experience Grange Road Kindergarten stepped beyond the borders of Australia

And while specialists in pedagogy solved their tasks, the architects from the workshop of Bloxas-Black Line One X Architecture Studio solved several other problems. The task of creating the most favorable environment in this kind of kindergarten, where there should not be game rooms in their usual understanding, and the boundary between nature and premises was not perceived, as some transition from one mood of the child to another. As far as the designers from Melbourne managed to judge those who at least once visited this sights of Australia, which it is right to be proud of.

Over the past decade, such enclaves of advanced pedagogical science began to appear not only in Melbourne and its suburbs, but also in the US and some European countries. At the same time, the effectiveness of this kind of kindergartens, both in terms of their architecture, and in terms of methods of education, as they say. A significant part of the «graduates» of this educational institution go on a journey through a great life more prepared than their peers from ordinary preschool institutions.