Among the many animals that are on the verge of extinction, many scientists include tarsiers, small animals from the primates family. And in order that these cute animals did not become available only to scientific illustrations, a special reserve of tarsiers was created in the Philippines. 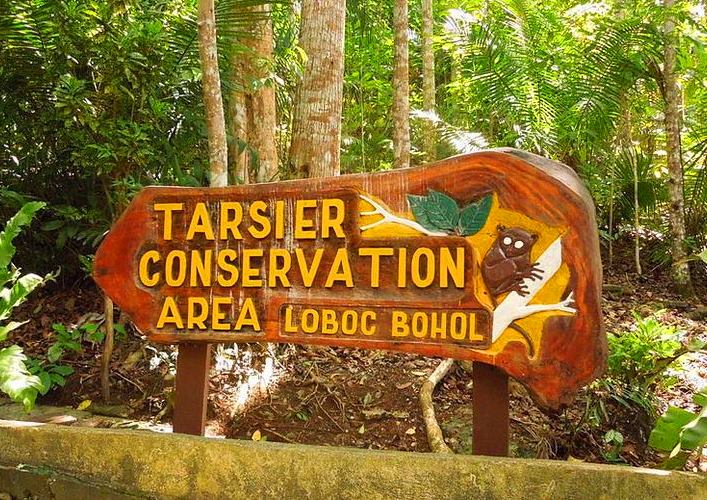 One of the main reasons for the process of extinction of tarsiers is that many experts consider two main factors. Firstly, the tarsiers are not so numerous, since they live exclusively in only some climatic regions of our Planet. And the second, no less important factor that significantly influenced their population is the mass enthusiasm for these animals among nature lovers who wanted to have them in their home collection. Proceeding from this, during capture and transportation a significant part of these animals perished.

Based on this situation, a group of Philippine scientists and animal protection activists at the very end of the last century organized a taiga reserve on the territory of one of the islands of this island state. And if the territory of the island of Bohol, on which the reserve is located, was allocated by the authorities of the Philippines unselfishly, the content of this reserve is entirely accounted for by private donations and income from visiting the reserve by numerous tourists. 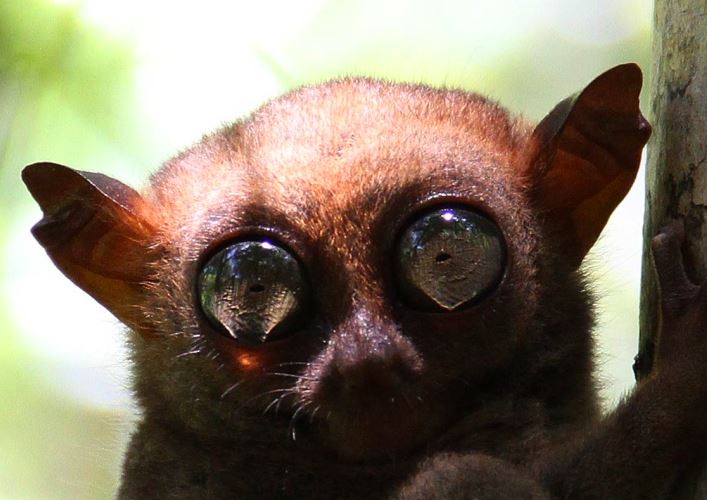 And, despite the limited nature of this reserve, both in its territory and in the capacity of tourists, it is strictly forbidden to touch these animals and photograph them using flash, the reserve has a fairly significant popularity and has long acquired the quite legitimate status of Asia’s attractions in the Philippines. After all, these amazing and pretty animals can be seen only in this reserve, because in nature they are long-suffering, rather secretive and try not to appear to strangers.

No less remarkable among the trolls is not only their appearance and huge eyes, because of which they are quite difficult to be confused with other representatives of this not numerous family, these animals have their head set up quite original. Namely, its cervical vertebrae, which allow the tarsiers, to turn their head almost all the way to 360 degrees, thus providing a complete overview of the space surrounding this animal.

In addition, the «language», on which the troupiers communicate among their relatives, is quite original. Virtually all sounds produced by these animals are not audible to a person, because they are published at the frequency of ultrasound, which the person’s ear simply does not catch. So, if you happen to visit the Philippines, do not go and visit these interesting places in Asia, these amazing habitats of cute trolls.