The modern Islamic Republic of Iran is a theocratic state. The dominant religion of this country is Shiite Islam. But modern Iran is not only an Ayatollah and oil. Let’s talk about Persepolis, an ancient city that in the past was the residence and treasury of the Persian kings. 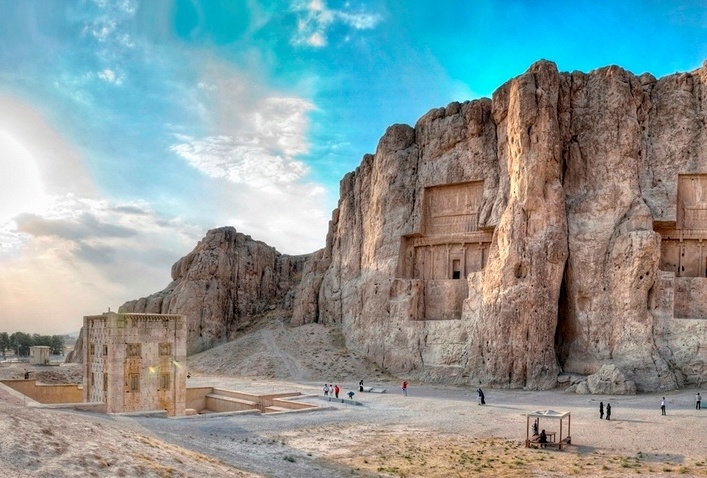 In the VI century BC. E. The rulers of Persia from the Achaemenid dynasty founded the new capital of their empire — the city of Takht-e Jamshid, now known under the Greek name Persepolis — the city of the Persians. Thus, the interesting places of Iran were enriched by another object. I must say that in the empire of the Persians of those times there were several capitals, but it was Persepolis that was the richest and most beautiful of them.

There was also the main residence of the Persian kings, and their treasury. Persepolis was also a very modern city. There, for example, there were already central water supply and sewerage! But the «Western civilizer» Alexander of Macedon destroyed this amazing city in 330 BC. E. European civilization has come to the east … 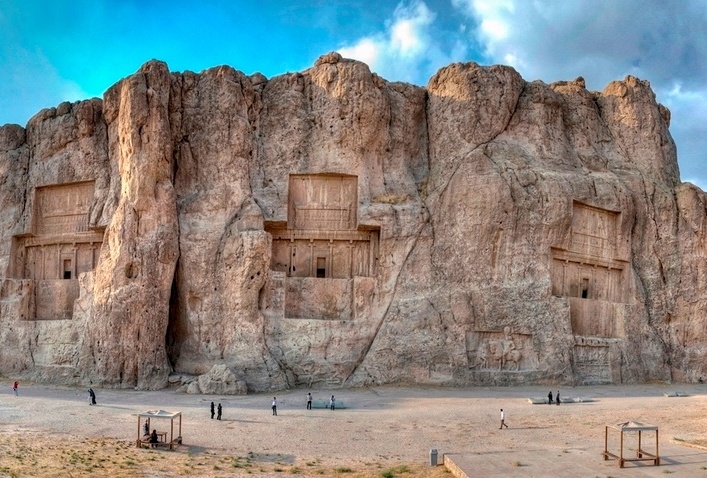 Those who travel the historic localities not the first time, knows: if there is an ancient city, there will be also tombs nearby. Is not an exception in this sense and Persepolis. Approximately one and a half hours from the city there is a separately standing stone hill of Sevanda. In it, the tombs of the greatest Persian kings were cut down, and on the almost vertical rock slope-facade, at a very high altitude, magnificent reliefs were carved.

Folk legends consider these reliefs as stories from the life of the legendary hero Rustam. That is how the name «Naksh-Rustam» appeared. Although, in fact, all these amazing in beauty and quality of performance reliefs are just scenes from the lives of the kings. Visiting ancient cities know how often people forget rulers, but remember the heroes. Due to this, as well as the fact that Shiites are not as fanatical as Sunnis, they destroy images of people and animals, we have the opportunity to contemplate these magnificent works of ancient masters. 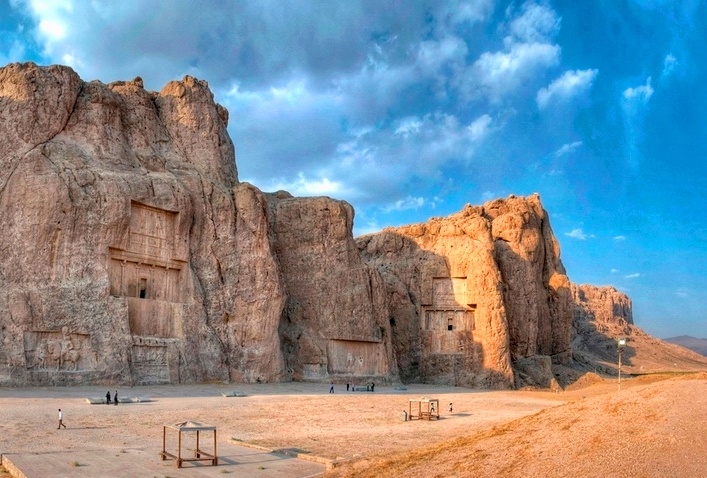 How to get to Naxx-Rustam

Recently, tourism in Iran has started to develop, and the country becomes more open for foreign tourists, so getting to Shiraz will not be a problem for you. There fly airplanes of various air carriers from Vnukovo, Domodedovo, Sheremetyevo. In Shiraz itself, it is best to take a taxi to Naksh-Rustam. Gasoline in Iran is cheaper than Russian, so this trip will not be especially expensive for you. But it is worth remembering about the peculiarities of the east, and to stipulate the price of the trip in advance.