The modern image of Moscow, as a rule, connected with seven prominent buildings, pretty clearly visible from almost anywhere in the capital, namely the case of the seven so-called «Stalin skyscrapers», which for many years were the hallmark of the city. Although the general idea of the capital high-rise architects should have been eight, but last somehow did not grow together, but in any case the task of the Party and government to perpetuate the 800 anniversary of Moscow was carried out, although not in full. 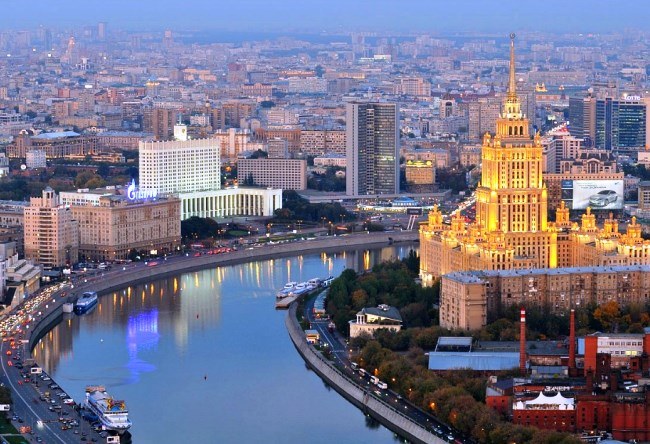 The fact is that according to the proposal Stalin’s USSR Council of Ministers in 1947 adopted a resolution «On the construction of high-rise buildings in Moscow» dedicated to the celebration of the 800th anniversary of Moscow. In this regard, «Stalin skyscrapers» it should be eight. But at the death of the Secretary-General in March 1953, the project remained unrealized, and the place where she was to be the eighth skyscraper, built no less ambitious, but less storey hotel «Russia» does not disappear, the foundation. 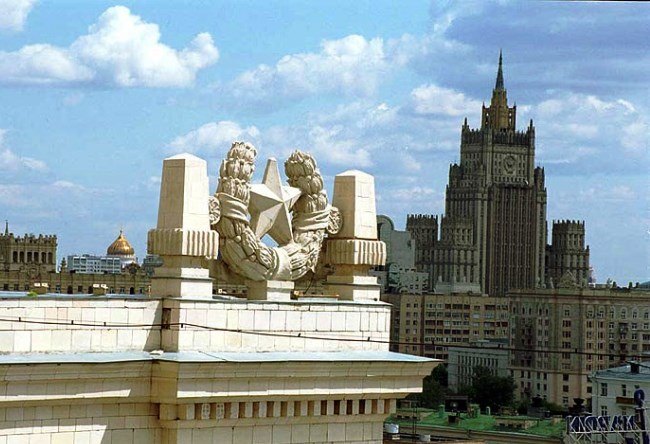 However, despite assurances from the lights of domestic architecture, the uniqueness of the project and of the architectural and engineering solutions, Stalin skyscrapers almost «copied» from the American skyscrapers, in particular the City Hall in Manhattan, which today stands in the heart of New York. True 177 meter high building «Manhattan Myunisipel Building» (Municipal Building) was built in 1914, and the last Stalinist skyscraper was published only in 1953. 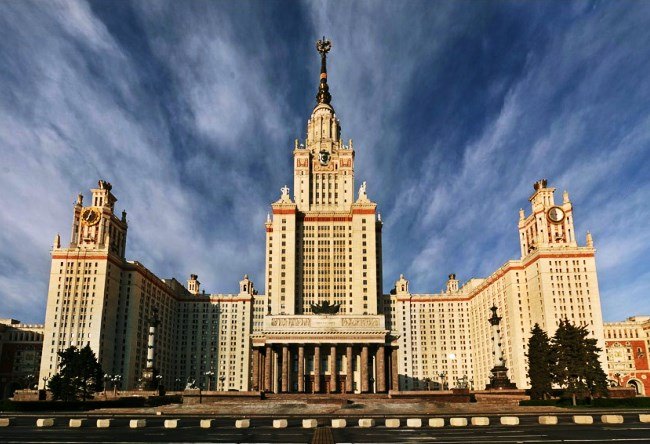 The most grandiose building of this «Seven» was the main building of Moscow State University named after Lomonosov. After 240 meters and 36 floors, for the whole of the Russian Federation it was indeed something impressive and pompous, against the background of what has been built in the capital until 1953. 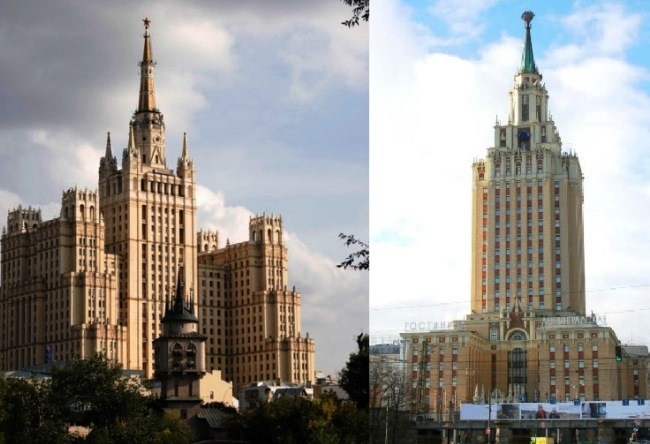 It is worth noting that this kind of a record number of floors and building height lasted almost the end of the twentieth century, is in Moscow were not such masterpieces of modern architecture as «Triumph Palace» (264.1 meters), «Naberezhnaya Tower» (268.0 meters) and of course the «Moscow City» (301.0 meters).