The mystic sanctuary, located in the Teutoburg Forest is a 5-huge columns of rocks that rise above the ground more than thirty meters. Scientists are still not able to explain the nature or origin of this extraordinary natural monument or its purpose. According to legend, this mysterious place – the work of the devil, who erected a huge column overnight. 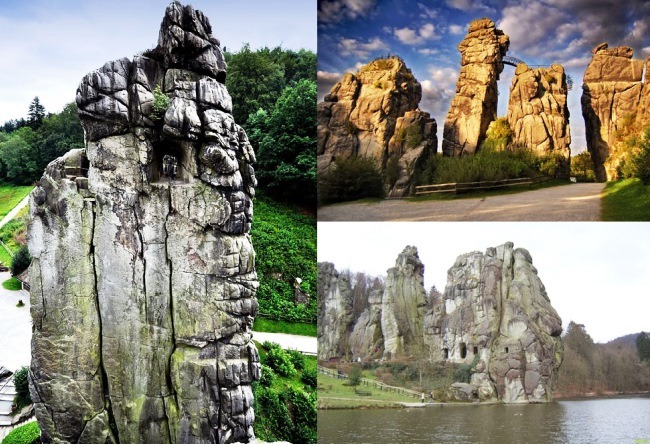 Every rock Ekstershtayne dotted strokes, man-made caves and stairs. Some rooms in the rocks were used as chapels, but most of the elements does not bear any load and assign them still remains a mystery. Scientists have not been able to determine when it is in the sanctuary of the first humans appeared. Some researchers argue that the first ceremonies were held here during the time of the Stone Age, according to others – only to the 12th century, and still others believe that the rock was chosen only in the Middle Ages. 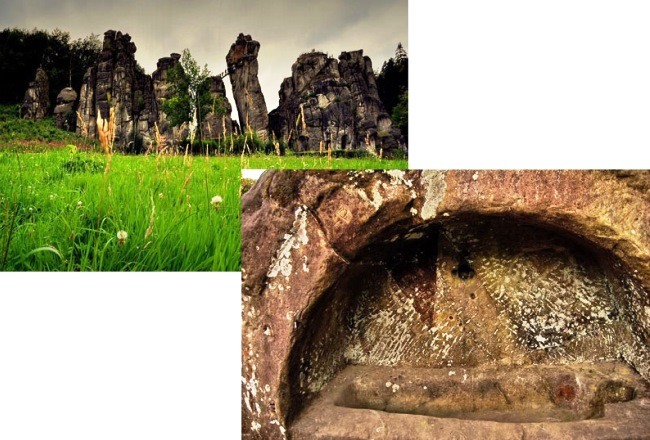 Stone buildings in Germany is very often compared with Stonehenge. And it’s not even the fact that they are located on the same latitude. According to the hypothesis of scientists, Externsteine tribe lived, worshiped the sun. 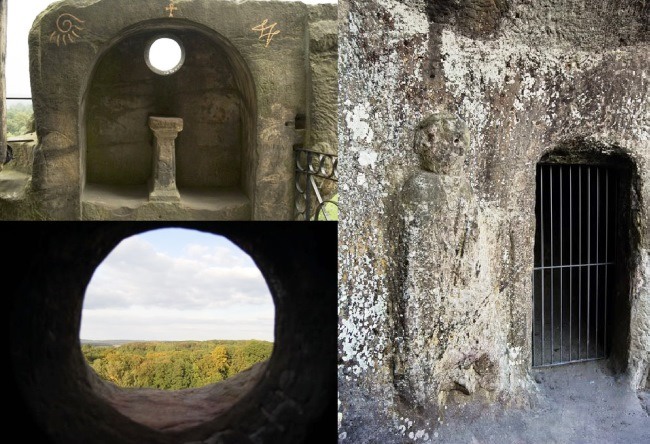 The bas-reliefs that adorn the walls of the unique natural complex, like everything else that belongs to him, causes a lot of debate among scientists. Some scientists are trying to find Irminsul – a symbol that depicts the world tree of life, which was known to the ancient tribes dokeltovym. His absence, however, can be explained by the fact that relief was destroyed by the Franks while they carried out the conquest in the 8th century. 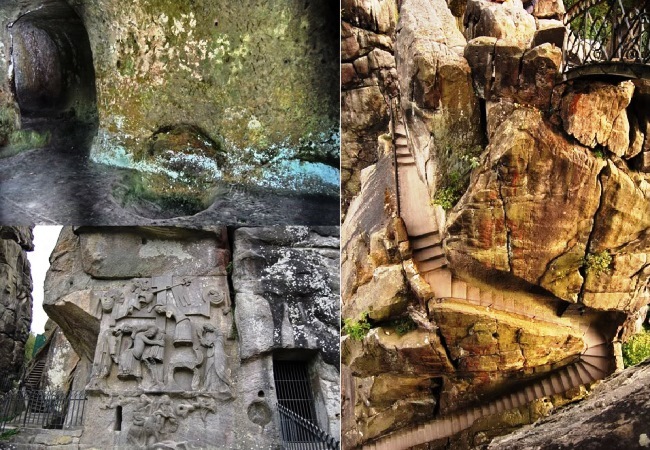 In the study Externsteine investigated very little attention is paid to the surrounding area and allow for a very big mistake. Lorena Dottay first drew attention to the strange buildings that are located far from the historical monument. It suggests that our ancestors knew how to use natural energy, which we, unfortunately, do not know how.