Sorvagsvatn “Lake above the ocean” 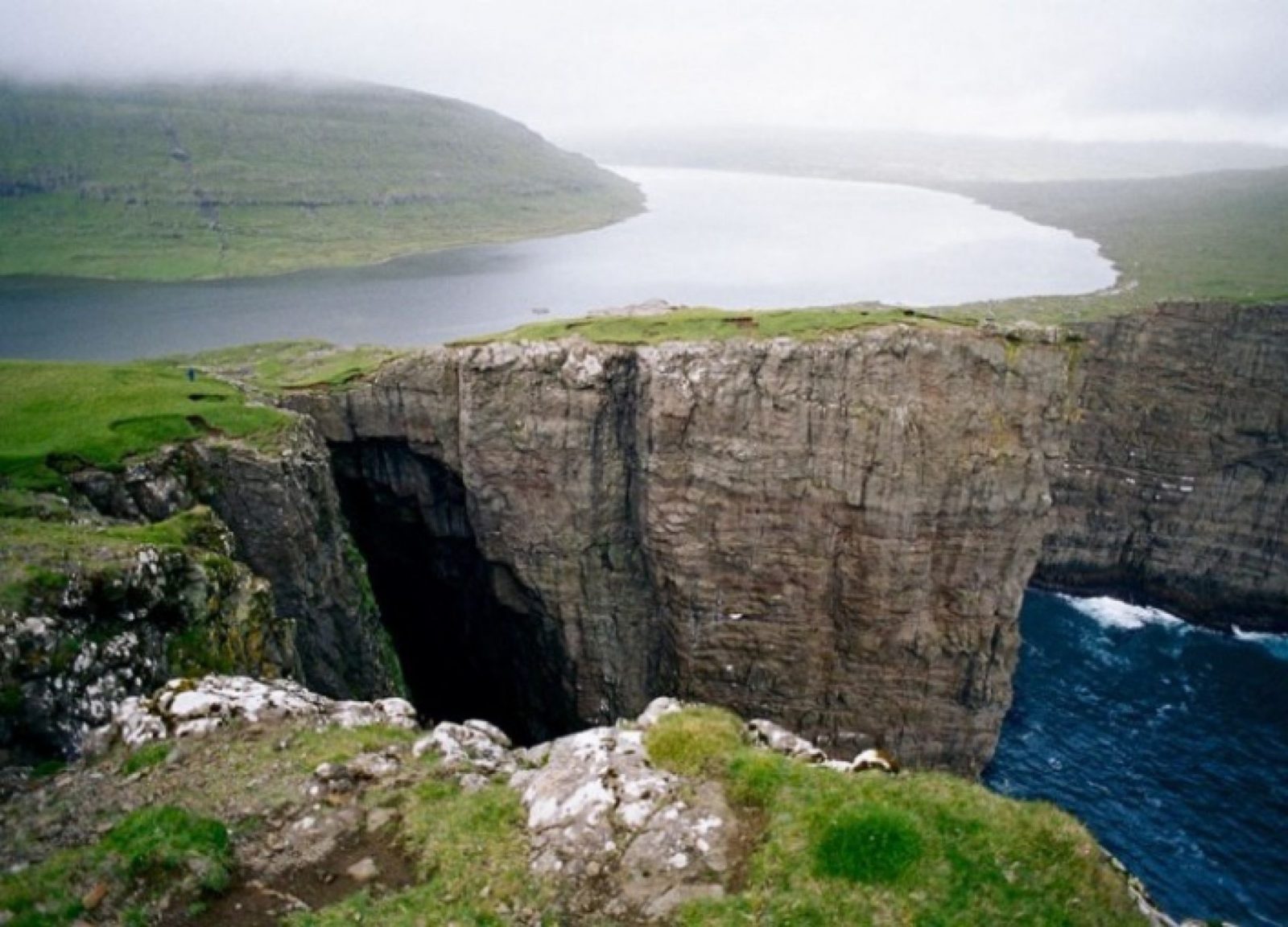 A remarkable feature of this monument of nature is the fact that in reality Sorvagsvatn lake, above the ocean is located only at an altitude of only thirty meters, although purely outwardly, this height seems much larger.

History of the miracle: Sorvagsvatn “Lake above the ocean”

This lake, or rather the place where it is located now, according to many geologists, was formed more than one hundred million years ago, due to a small displacement of the tectonic plates of the northwestern part of the modern European continent. Proceeding from this, the formed hollow began to accumulate, like thawed water, and the water of numerous streams. As a result, Sorvagsvatn lake, above the ocean, was at an altitude of several tens of meters above the Atlantic. 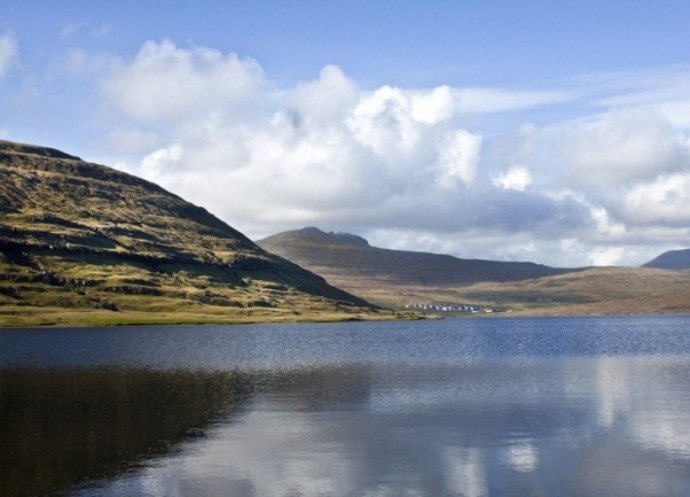 At the same time, if we proceed from the generally accepted geographical classification of water bodies, the Sorvagsvatn lake can be called a sea, because this lake has a direct connection with the World Ocean, and this connection is a small waterfall Bøsdalafossur, which is visible only from the ocean, as it falls among the rocky crevices of one of the islands of the Faroese.

No less interesting facts are connected with its modern history. So in particular during the Second World War, the Faroe Islands, where Sorvagsvatn Lake is located, being occupied by Great Britain, was used by the British as a rather convenient aerodrome for placing seaplanes engaged in aerial reconnaissance of the adjacent water area of the Atlantic. At the same time, the total length of the lake at six kilometers was enough not only for takeoff and landing of seaplanes in the summer, in the winter seaplanes used their floats as peculiar skis. 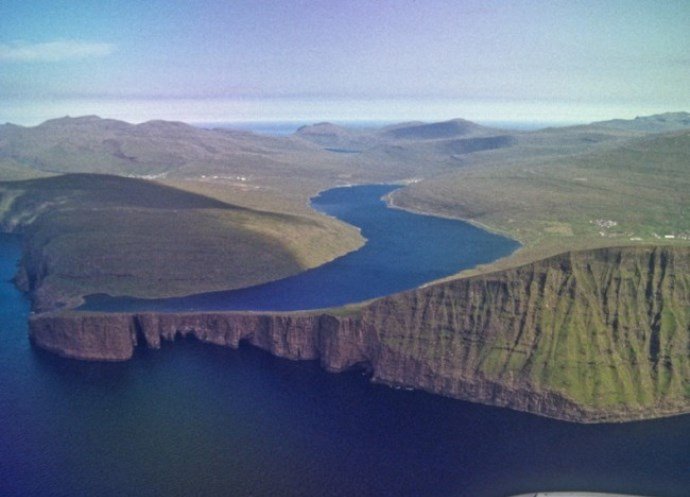 Aerodrome on the lake

And if you today take a trip to this island, then besides the opportunity to reach it by sea on a small ferry, you can get to the island by plane. After all, during the war, the British to equip their aircraft on the western shore of the lake equipped with a military airfield, which was defended from the local village of Sorvagur for two kilometers.

To date, this airport is quite a modern transport facility, which has the ability to take airliners of almost any class. After all, since 2002, after its reconstruction, the airport has the opportunity to receive transit A 319 airbuses flying not only to the north-western countries of Europe, but also the same Italy and Spain.

So, in view of these circumstances, the Faroe Islands are simply created so that tourism becomes for their economy almost the main income item in addition to fishing and oil and gas production on the ocean shelf of the islands.

The main problem of the proposed journey will be that you will need to clearly define which type of transport you will travel to the capital of the Faroe Islands of Torshavn. And if it is the same plane, it will be somewhat expensive, but quickly. And the alternative in the form of an ocean liner is, in the opinion of many travelers to these regions, it will be much cheaper and more enthralling if the truth you have a small amount of time.