Along with other attractions Bank Bridge always has been a proud of Saint-Petersburg. He combined two city islands: Kazanskyi and Spasskyi, and received it’s name from Assignant Bank, in front of which he stood. 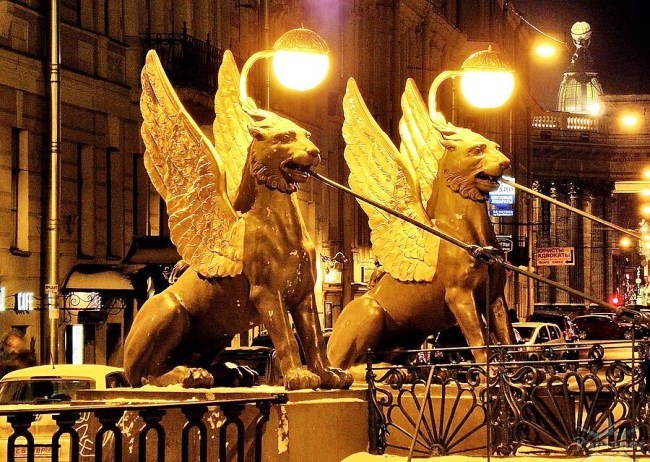 To get to Bank Bridge is quite easy because the nearest subway station is situated in 400 metres. The bridge was built on Griboedov Canal in 1825 according to project of architect Wilhelm von Traitteur, which was also an author of another several bridges on Fontanka and Moika rivers. 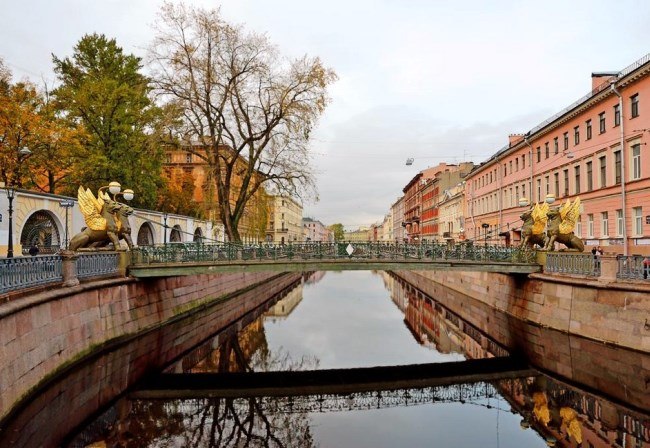 Bank Bridge had got it’s fame due to the gold-winged griffins created by Russian sculptor Pavel Sokolov. It’s worth to note that lions and griffins became the main theme of Sokolov works – exactly he did construct the iron lion sculptures on Lion Bridge in the year of 1825 and the sphinxes on Egyptian Bridge built in 1829. 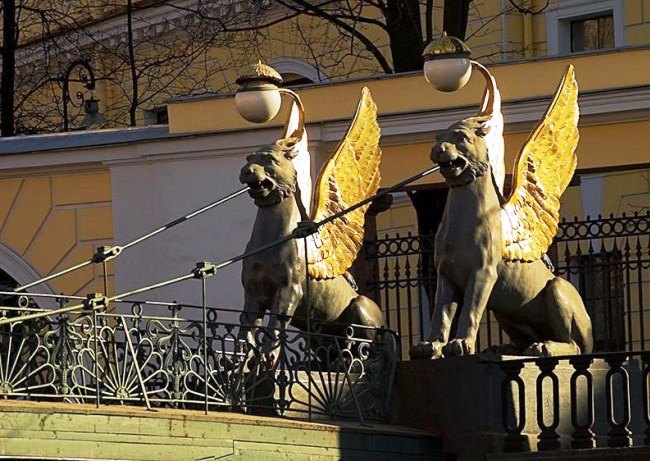 First time when Bank Bridge underwent repair was after war in 1949 – then it’s old canvas was changed to the new, and due the next several years the wood freespans of the bridge were changed to metallic, and the lanterns and wrought-iron railing were also restored. 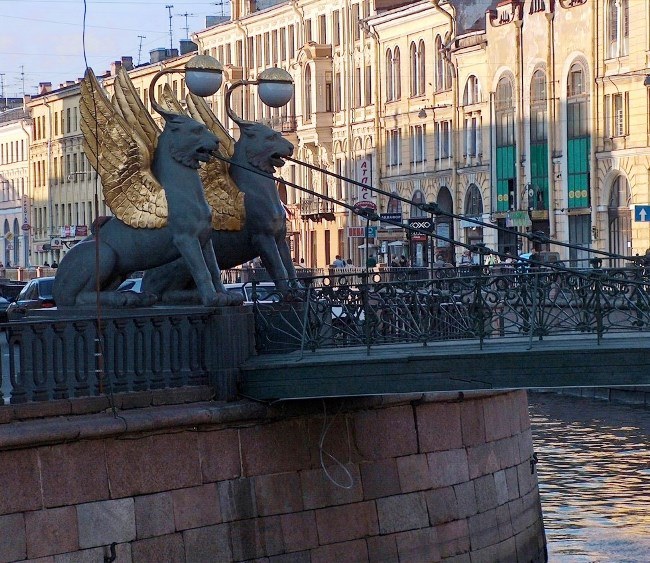 In contrast to the bridge, the golden lions underwent repair at first time only in 1967 when gilding of its wings was changed to a new. That gilding already in 2009 almost suffered from the hooligans, were trying to remove it while all of the city guards were involved in the protection of a football club Zenit match.