Church of San Juan Parangaricutiro, destroyed by the volcano Paricutin

Scientists who study volcanoes, and their appearance on the surface of the earth, is well known for the unique event that happened in Mexico, in the state of Michoacan in the village Parícutin. It is in the west of the capital of the country, Mexico City. And there was the following phenomenon. And at first glance, the incident came from nothing. 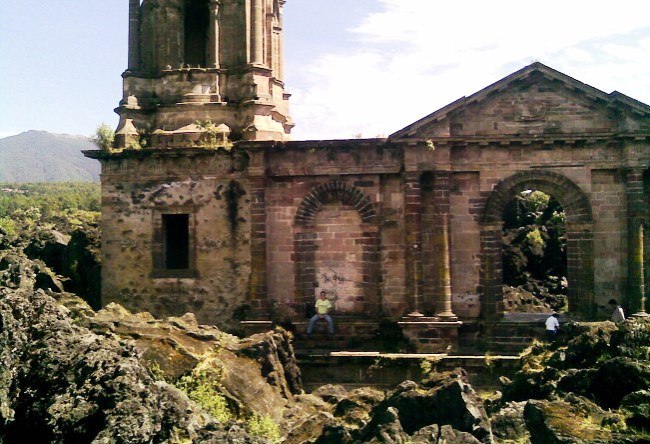 It all started with the fact that one of the fields of a local farmer by the name of D. Pulido, formed a small hole with a diameter of not more than five meters. This pit farmer tried to sleep periodically and compare the surface with the surface of the field. However, for unknown reasons at the time, the pit did not decrease, and remained all the same size. It was like some fantastic phenomenon. 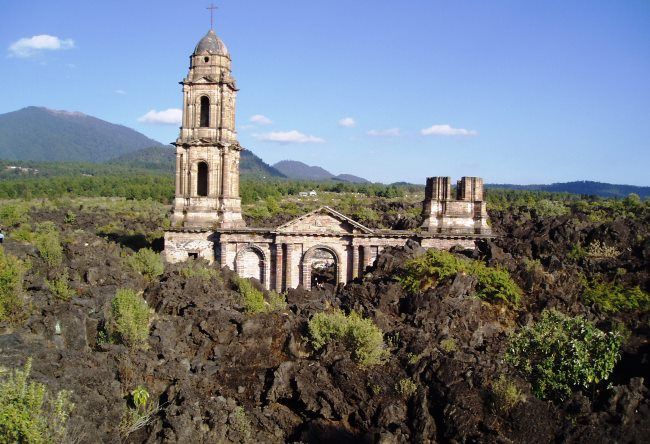 What hole do not go to sleep, and it remained all the same size. But in nineteen forty-third year, the fifth of February, all inexplicable was literally forced out. On this day the whole population Parícutin village and the village, which is close by and is called San Juan Parangarikutiro, felt very strong tremors and subterranean rumble. 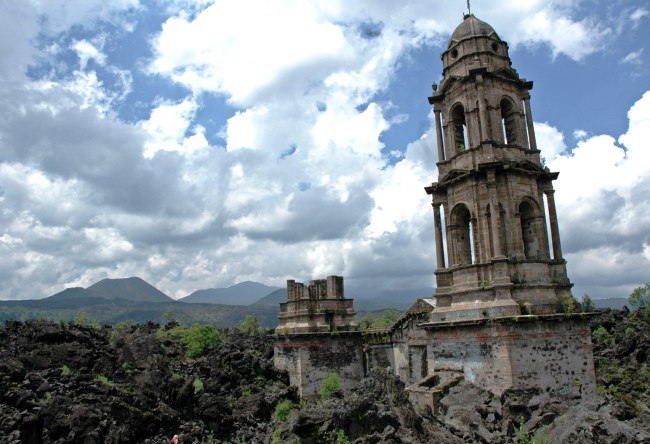 This continued until February twentieth, the day a farmer working in the field, heard the rumble growing underground, and he saw a crack, which was framed by a hole. When he came the next day, the farmer already saw cone of slag and ash, which rises above the ground more than ten meters. Immediately it became clear that it begins to be born volcano. 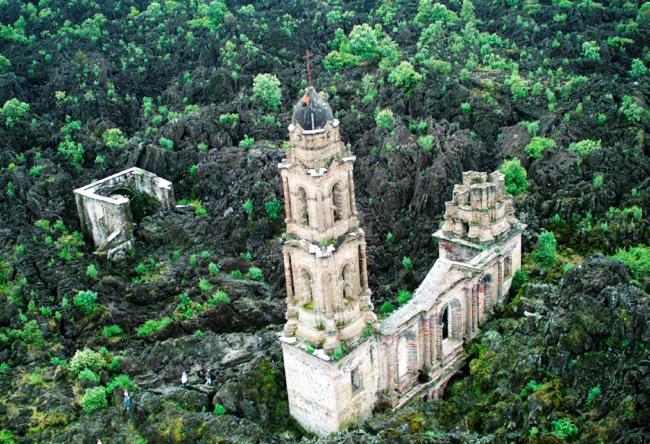 But because it erupted, not too fast, start from the beginning of the lava crater in July nineteen forty-four, all residents had to be evacuated from the area. But the village of San Juan Parangarikutiro unlucky. It was covered with a layer of ash and lava. With all of the village partially survived only church of the same name. In this church is well preserved bell tower where the bell ringers festivals are held today. And local residents each year come to the church San Juan Parangaricutiro, marking the day the birth of Paricutin volcano.