Nobody likes to get into a shipwreck himself. But everyone likes to collect the remains after the shipwrecks, to recreate their paintings. Especially if it, this shipwreck, is famous. Do you know the more famous shipwreck than the death of the steamer Titanic in 1912? And it is this event dedicated to the Titanic Museum in the city of Branston, the American state of Missouri. 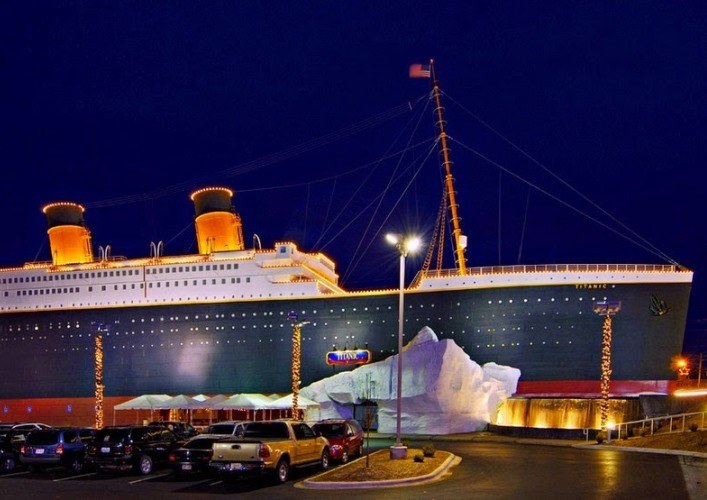 Town of Branston and the Titanic Museum

Quite a small American town of Branston, located in Missouri. It is called Las Vegas for Puritans. In Branston, everything is put on the rails of entertainment. With a population of just over 10 thousand people, the capacity of 40 city theaters is about 60 000 (!!!) places! And 350 different restaurants and 9 golf courses! But in your city there is a golf course? The most famous attraction of Branston, of course, is the «Silver Dollar City», built on the site of an old silver mine. It was in this city that the Titanic Museum was opened.

Attractions of America are not only canyons and skyscrapers, boundless fields of maize of great plains and the Kennedy Space Center, but also a lot of diverse museums. Americans love museums and know how to create them. American museums are not gloomy, with the smell of naphthalene halls, similar to the corridors of the barracks. The American Museum is a show. And they can arrange a show. Here and the Titanic Museum — not only an exhibition of old objects, but also an exciting journey into history. 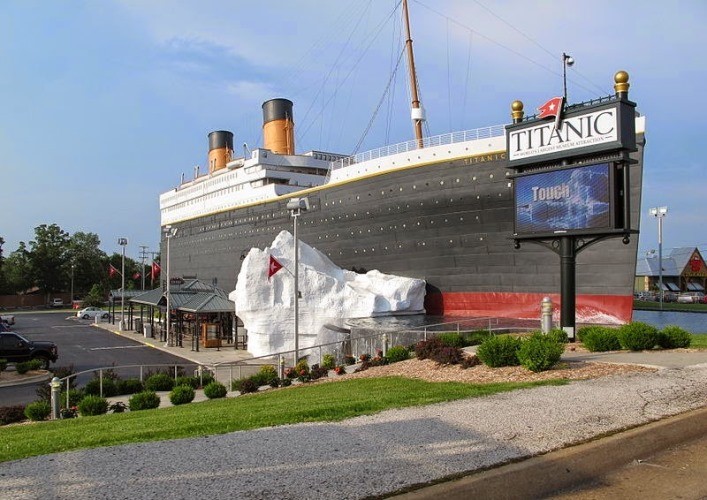 The history of the transatlantic liner is known to all. Built in the shipyards of Belfast in 1912, this four-tube handsome steamer was the largest ship of its time. He was the most modern steamer in the world. Tickets for his first flight were sold out in advance. He was considered unsinkable. And he sank, faced with an iceberg on his first flight. Such is the irony … It is Titanic and dedicated to one of the most interesting museums Branson.

Created by John Joslin, who led the 1987 expedition to study the wreckage of the Titanic, this museum is an exact replica of the bow of the liner. Inside, this amazing museum reproduces the atmosphere of the steamer during its first and at the same time the last voyage across the Atlantic Ocean. In the exposition of the museum four hundred real objects from the side of the Titanic, raised from the sea depths.

The Titanic Museum deservedly complements the monuments of America from the United States. Visit him during your trip to this country. 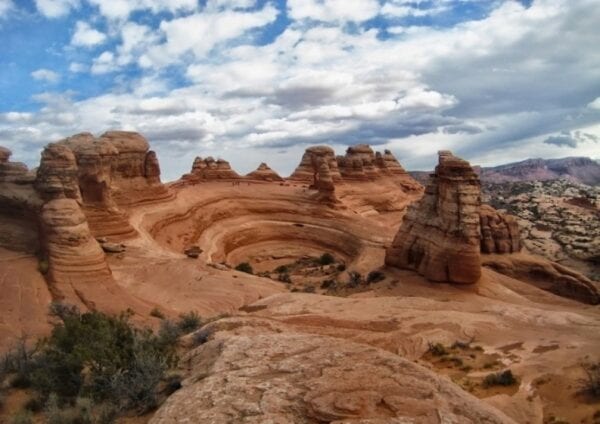