Not far from the small town of Osoyoos, British Columbia that stretched Spotted Lake. Why is this lake Spotted? The fact is that the lake is rich in minerals, in the summer, in the heat the water evaporates and stains form many intricate shapes. These strange spot and gave the lake worldwide fame. 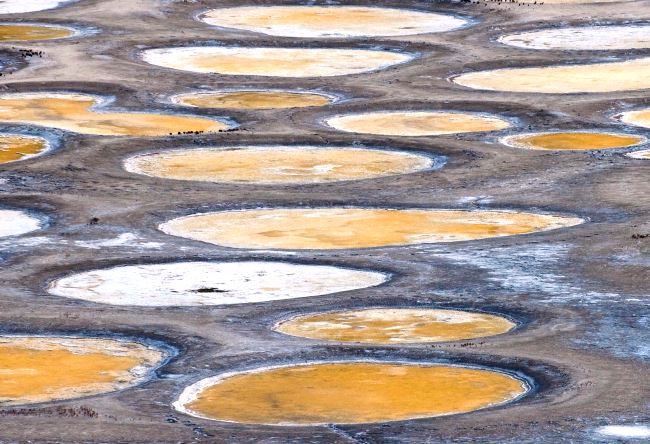 Kliluk real leader among the world’s lakes on the content in water of sodium sulphate, calcium, magnesium, and many other materials (silver and titanium). In the heat of the water in the lake is almost completely dry, and therefore exposed islands minerals, covers a solid crust. In different periods of the year, depending on the mineral composition of the spots have a colorful painting. Basically stains contain magnesium salts which crystallize and turn into a solid crust at which it is safe to walk. 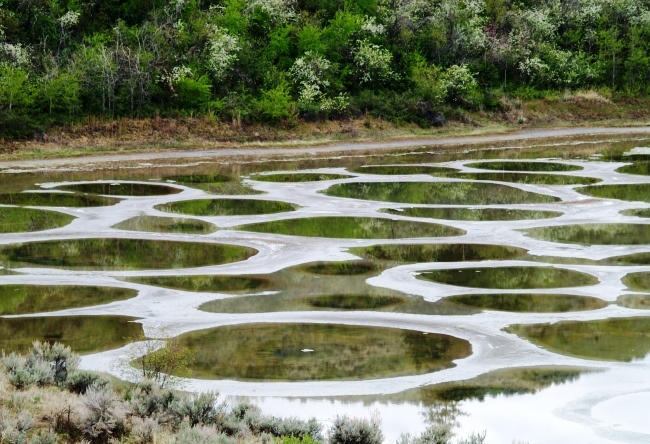 Spotted Lake or Kliluk received the name from the indigenous Indian population for which it is sacred. There is a legend that tells of a war between two tribes, the war lasted for many years, the opposition has come to-no after the event – the soldiers of the opposing sides in an instant heal the wounds in the waters of the lake. Water and dirt Kliluk renowned healing properties, as well as having a therapeutic effect. 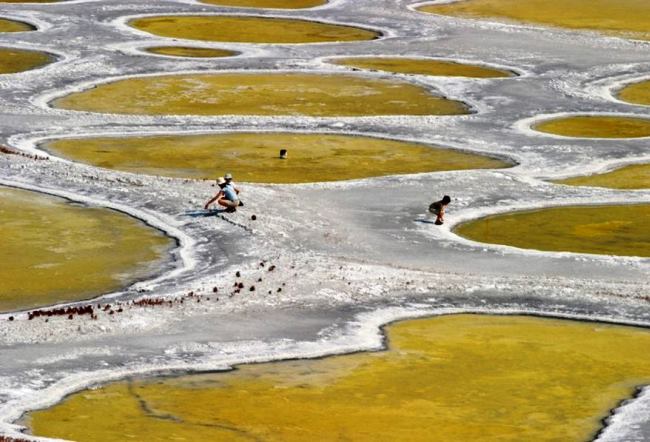 Ernest Smith, 1979 at the time was the owner of the lake and the area adjacent to it, has decided to build a spa resort, but the Indians were not allowed to destroy a shrine. More than 20 years have been continuous attempts to ransom Spotted Lake, only in October 2001, 22 hectares were finally bought for 720 thousand. Dollars. 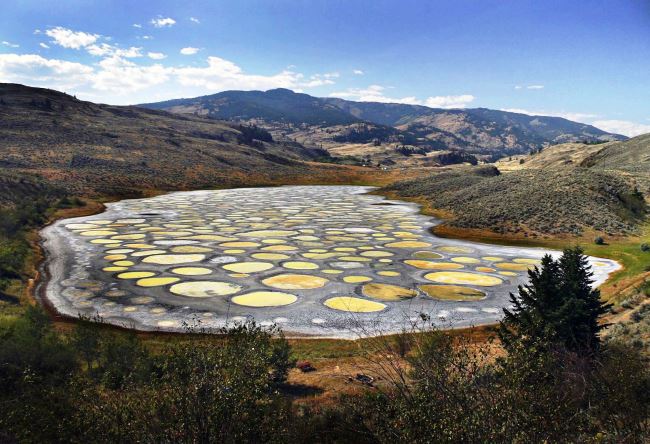 Minerals Kliluk have been applied. Of these, during the 1st World War II war effort produced ammunition. Spotted Mud Lake, in addition to treating the locals are used in pottery. Now Lake Spotted Lake is surrounded by a fence of barbed wire and to set foot on its shores required permission of the local elders, and this is the most difficult, almost impossible.