The city of Portland is located on the north-western United States, where the confluence of the Willamette and Columbia. It is considered the largest in the state of Oregon. Here the mild maritime climate – warm and dry summers, rainy winters without severe frosts. Big Apple – it’s New York, the Windy City – Chicago is certainly, and Portland, can rightly be called the city of roses. 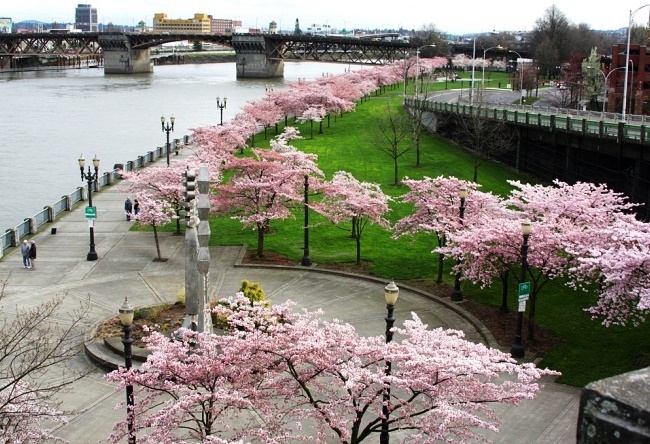 Name City Portland Rose conferred not by accident. There is a unique maritime climate which is just perfect to grow roses. This American city has as many as a hundred years, is famous for its flower gardens, the most famous of which is the International Research Park of roses. There’s even a festival dedicated to these beautiful plants. This festival takes place every spring. In his honor arranged boat races, costume performances, competitions, fireworks, but the stunner – a platform decorated with roses. 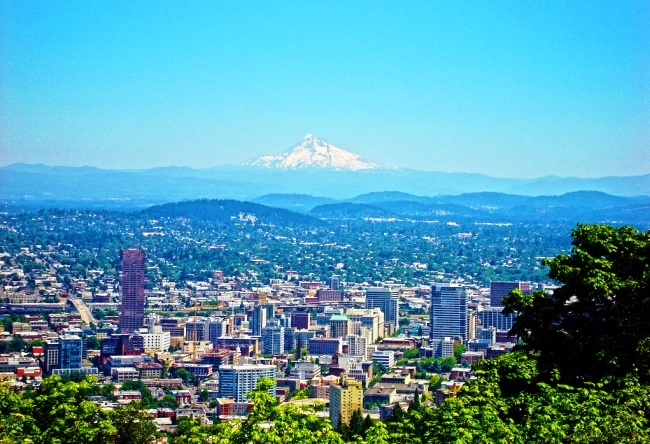 In Portland, a little historical sites, but it stands out from the rest of American cities amazing combination of natural beauty with the art of landscape design in the planning of the city. One has only to drive off he city to a distance of several miles, and you find yourself in this country falls. One of the most beautiful in the world, Multnomah, its height is 165 meters. From the high points of a breathtaking beautiful views of the Columbia River. 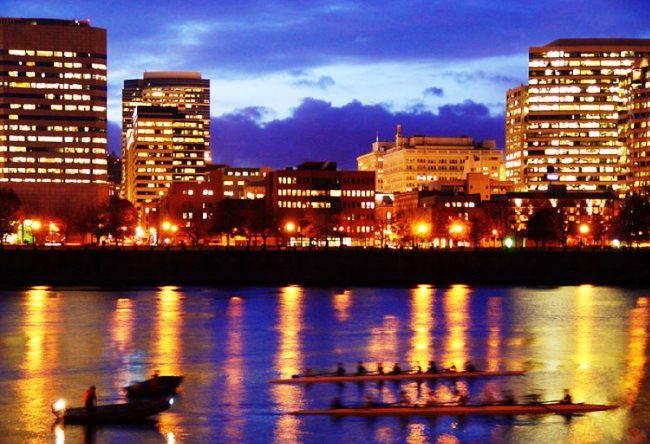 In addition to the parks and landscaping are a lot of breweries. The city is home to a large number of Russian and Ukrainian diaspora. On the streets of Portland, you can hear Russian speech, there are Russian shops and even a library. 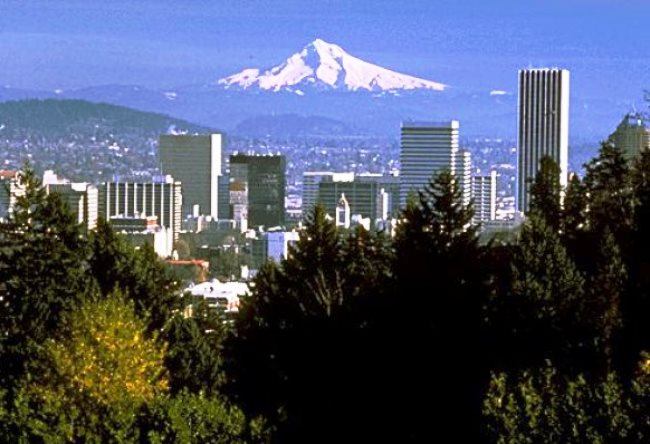 In terms of the reasonableness of a major US city it can be considered environmentally friendly. Strange but true in the recreational area of the city are decorated with flowerbeds, fountains laid out there butterflies and bunnies running around. In addition, there have control over the emission of carbon dioxide into the atmosphere. The intelligent public transport system has reduced the number of cars. Residents are happy to use the metro easy, high-speed buses and bicycles.