Located this amazing city about 130 km from Tripoli, on the Mediterranean coast. The city was founded by the Phoenicians around 1000 BC It was then, Leptis Magna became a major port city of this place, because the Phoenicians were great navigators and traders and, consequently, the city grew and prospered. After 400 years, the city adopted a vassal oath before Carthage, and received a lot of privileges, and most importantly the protection and military support. 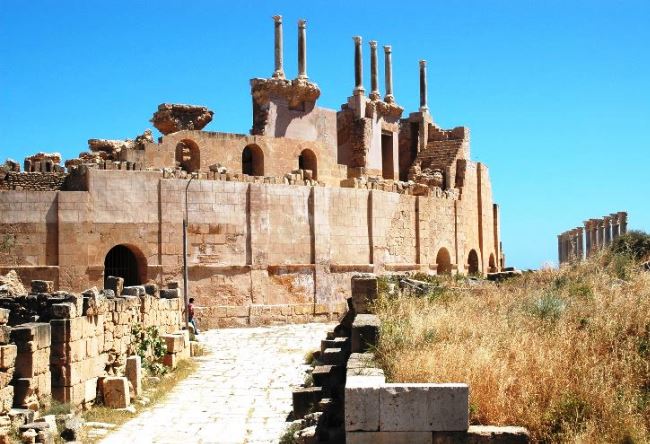 But the active development of the city began only during the Roman rule. It began in 146 BC, it was in the Third Punic War, the city was conquered by the Romans and temporarily left alone. It took 100 years, and the city joined the Roman province of Africa, which has led to the expansion of the city limits, and the restructuring of the Roman style. Active construction of the temple began, theaters, atriums and forums. Emperor Trajan moved the city to the status of the colony, and the emperor Hadrian turned it into a popular resort for the Roman nobility, friendly grandiose complex term. 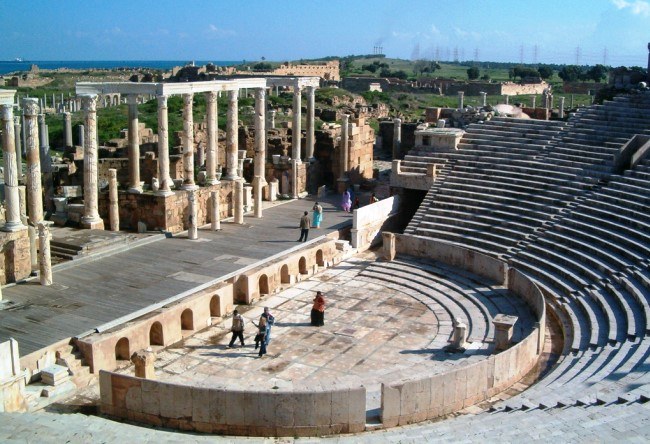 With the accession of Septimius Severus the city of Leptis Magna has changed a lot. This city was the birthplace of the new emperor, and he did everything he could in order to increase his wealth and luxury. Under his rule, Leptis received the status of capital of these places and became the richest city in the province. The city was all that was necessary for the rapid development, as well as luxury goods from all over the world. 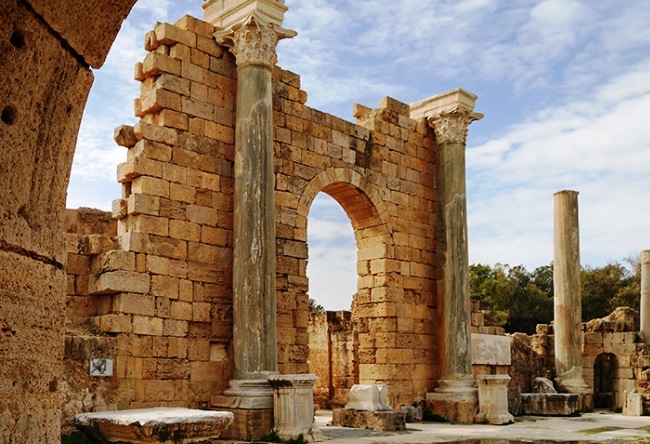 It was during this time and were built architectural monuments Leptis. The most preserved monument is considered monumental arch of Septimius Severus. Because of its beauty and complexity in the construction of this arch is considered one of the most important ancient monuments. Originals reliefs are now in Tripoli museum, and on the arch is now set up. 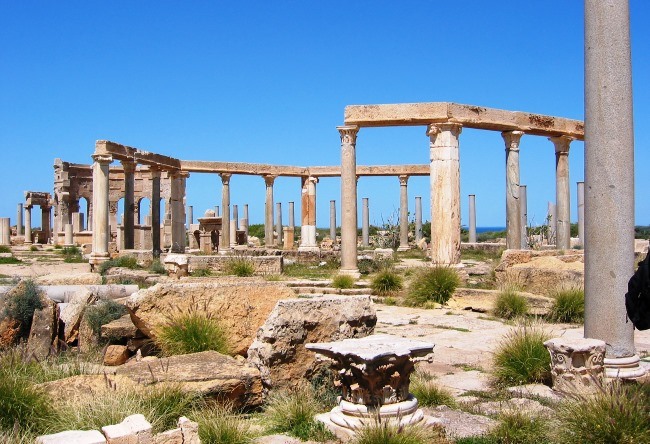 But the city was in decline as rapidly as developed. In the IV century, the city was sacked and burned by the army of barbarians, and was completely abandoned after 10 years. Wind and sand with time completely hid it from prying eyes, and kept the grandeur Leptisa. Now historians and archaeologists step by step reveal the secrets of his world, hidden under tons of sand.