Coral Castle is located in California. The castle includes a huge megaliths: the statue and the tower. The weight of all columns exceeds one ton. Here you can see various buildings, thick stone walls, pieces of stone, resembling a month, a table, resembling a heart. Stone in a month, always points to the North Star. 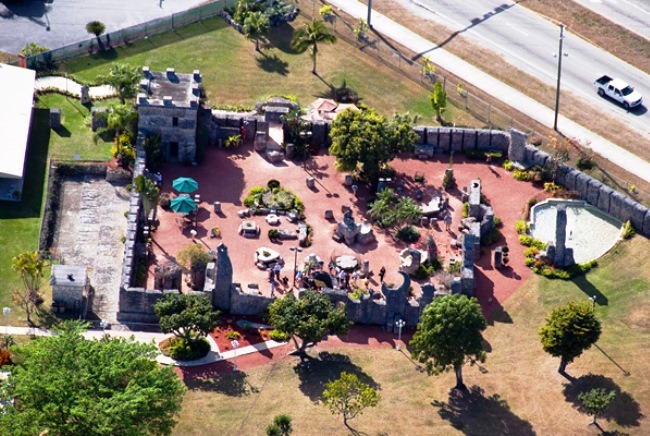 All coral castle is located on 40 acres of land. Creator of this miracle is Edward Leedskalnin. This immigrant from Russia was suffering from tuberculosis, and apparently he was not strong enough to weigh very little and was too thin. 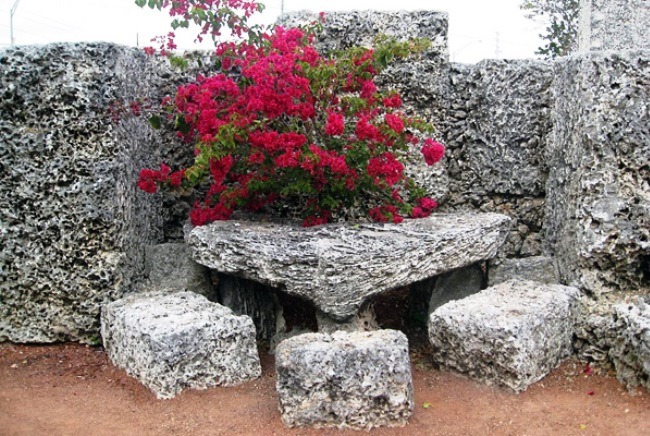 In Florida he came in 1920. And the warm climate helped him to live and enjoy life. Coral Castle he built one for 20 years. What prompted him to build this wonder of nature is unknown. Perhaps it was his unrequited love for a young girl. He himself had to carry limestone from the sea coast, from which he had already made the statue. 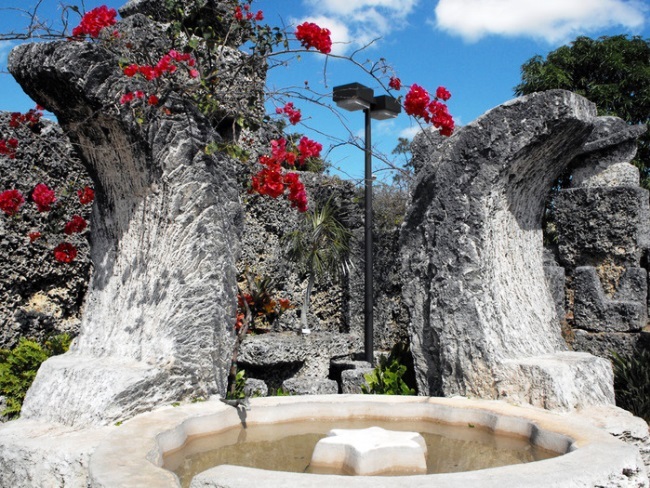 For people still remains unknown, like a man being sick, I was able to move such heavy boulders. Edward worked almost always at night. The guests he did not like. If someone would come and see how it works, Edward did not go out of his seat, while guest did not leave. When you try one lawyer to build a house near the place where Edward built the castle, he suffered all these columns on buildings from a lawyer. There is some evidence that the builder of the castle was a truck, thanks to which he was building the tower. A lot of people saw that car – a wooden tripod. But much later, Edward claimed in every conversation that solved the mystery of construction of megalithic structures. Scientists are inclined to think that it is most likely moved huge stone blocks, like children’s blocks and treated them like the first snow, with the help of an acoustic instrument unknown to us. 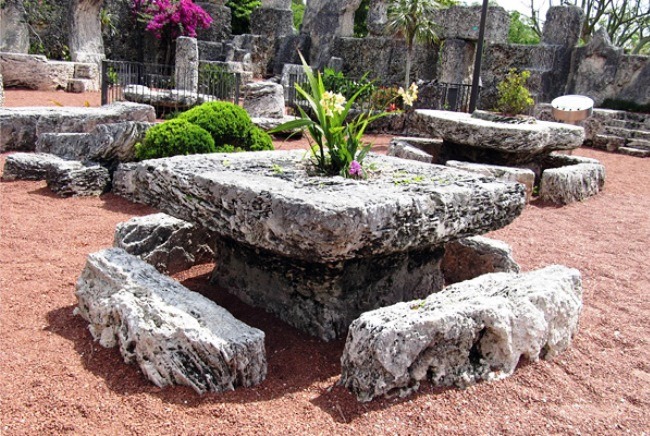 Edward died in 1952. The death was quick. After the death of the builder left his diaries, which refers to the Earth’s magnetic field. Engineers even tried to carry out experiments, trying to shift the column space that make up the coral castle, using bulldozers. But they did not work. Therefore, for people still it remains a mystery, as Edward was able to build a castle. No this puzzle is unable to solve.