Derbenskaya fortress is a pride of Dagestan

Derbenskaya fortress is one of the oldest buildings. Its walls are over 15 centuries protected the residents from the raids of the Persians, the Arabs, or moguls. Today, part of the walls that go into the sea, destroyed, and about how she looked, you can only guess by the description of the ancient authors. 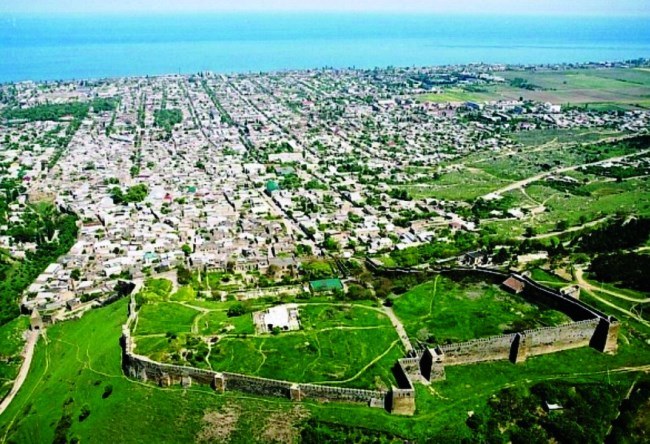 Legend tells that Derbent was the basis of Alexander the Great. They erected a wall with towers, fettered was locked iron gate, «to the people who lived on the other side, we could not do any harm.» Perhaps the ancient Greek military leader, he was never in Derbent, but the existence of many a legend speaks for itself about the significance Derbenskoy fortress. 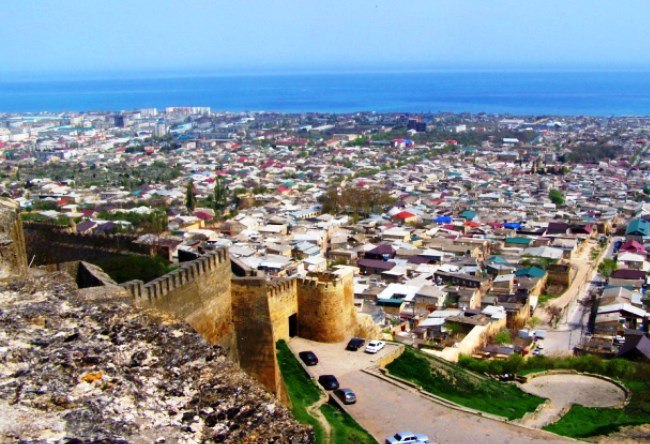 So Derbent fortress had a defensive purpose. The complex consists of three parts: citadel Naryn-Kala, sea walls and bars Dag Mountains (Wall). Each of them could exist independently, but at the same time they are part of a unified defense structure, centered Naryn-Kala citadel. This is the most important part of this complex, its nucleus. Nara-Kala been reconstructed, about XVII-XIX centuries, but that it is best preserved to date. 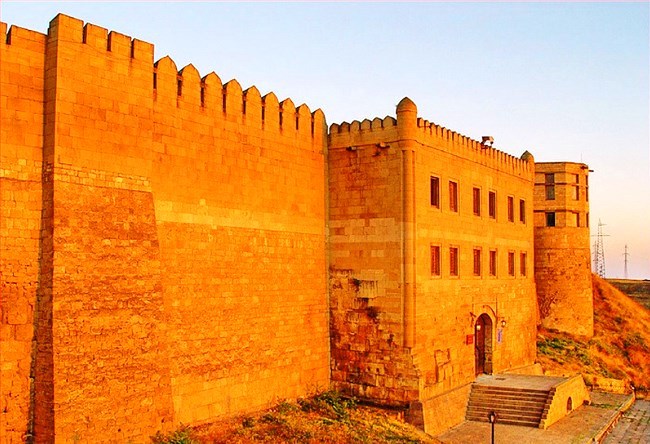 Protected and at the same time adorned the facade of Derbent is gates, they were part of the defensive system of the fortress, and talked about the power and wealth of the city. Massive north gate, facing the hostile nations, architectural shapes give them a stern look. The south wall has a graceful gates that give it a festive look.

The length of the wall of the Naryn-Kala is 3600 m. The southern and northern walls are parallel to each other, at a distance somewhere 300-400 m. Doug bars to our time survived only partially. She goes to the side of the Caucasus mountain range 40 kilometers. Entrance to the harbor is locked sea part of the wall that protrudes into the sea 500 meters. 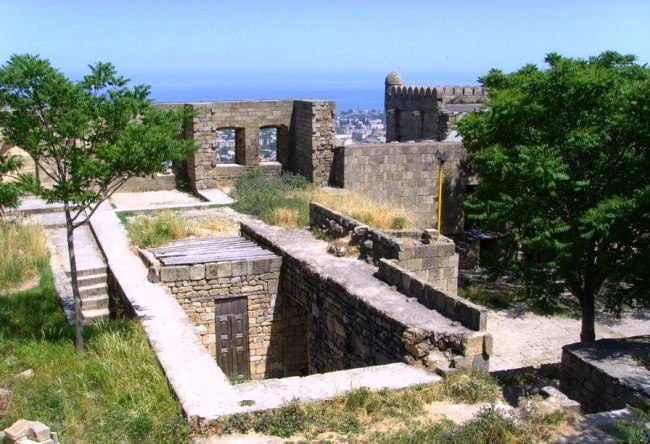 Fortification of Derbent as the best preserved monument of ancient Persian architecture is a UNESCO World Heritage Site. This magnificent structure antiquity makes an unforgettable impression and many travelers come to see him.