Travelers arriving in Syria, first of all interested in how to get to the ancient city, which is called Palmyra, or as it is called Tadmor. This city is located in an oasis of sand, which is 120 kilometers south-west of the Euphrates, and a little further, to 215 kilometers to the north-east of Damascus. 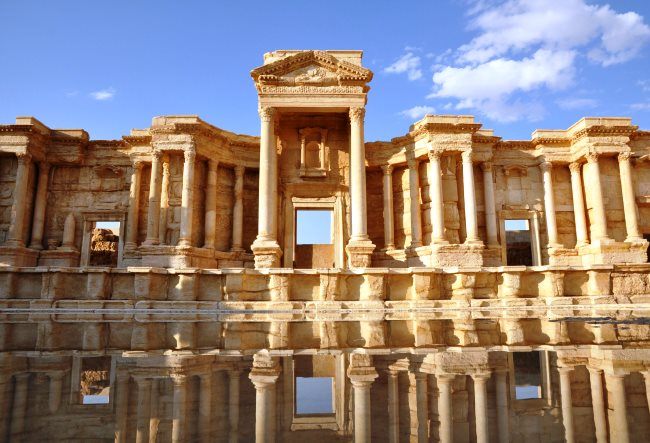 In these places, the city has grown not by chance, because there intersect two important trade routes, one of them was called the Great Silk Road, and the other was held in the Far East and India in the Persian Gulf. What gave Palmyra special strategic importance. And in the year 106, when the Romans conquered the Nabataean kingdom – the city of Palmyra was the center of commerce and politics in the Middle East, surpassing even the city of Petra. 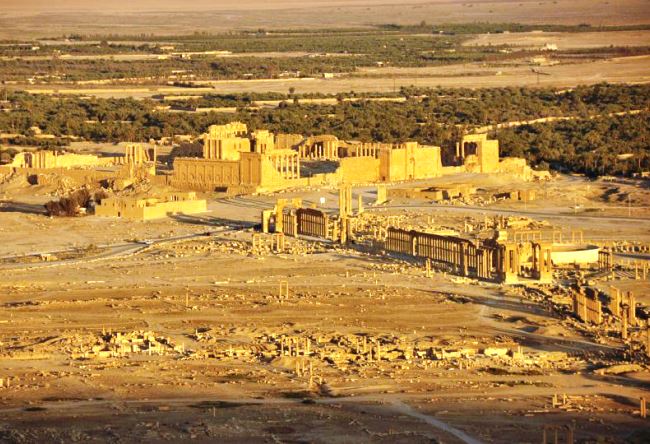 The special value of this beautiful city, of course, strongly reflected in its architecture. On the European continent for the first time about Palmyra learned in 1678g., Told about it by merchants from England. They are the first to see the ruins of majestic buildings. That only is the temple of Bel, which was built in honor of the god Jupiter. This temple complex was built in the time of Emperor Tiberius reign in the thirty-second year. 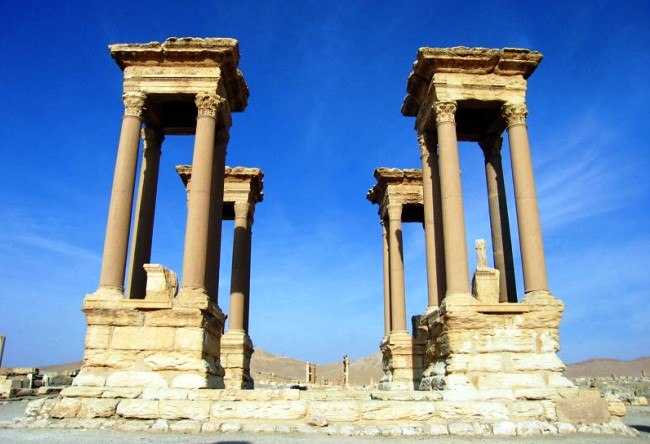 Bel consists of a fairly spacious yard, surrounded by a colonnade was built, but here there are pools of Palmyra, which were carried out ritual ablutions, altars and the temple itself. Interesting is, the architectural decision to build a temple on the hill, or more precisely on the podium. By this podium are wide stairs and ramps, which are likely to have been used for delivering animals sacrificed. 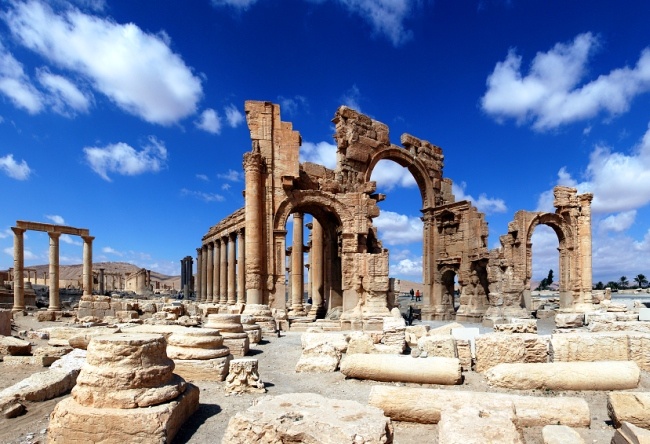 Special interest among tourists enjoy the theater of Palmyra, which was excavated from the sand in 1952. It is the fact that this building was under a layer of sand, allowing him to remain in very good condition