St Jerome testifies that in the place where the angel told the Virgin Mary of the Saviour’s conception in Nazareth Church of the Annunciation was built. Currently, this sacred place is the monastery, which is surrounded by a high wall, and he himself Nazareth is not protected by anything and it only protects the Virgin Mary. 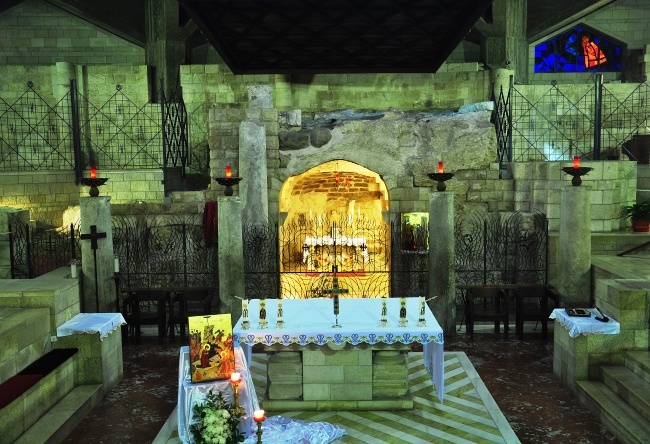 Nazareth church is not just beautiful and gorgeous marble trimmed walls and the pavement, the main altar of the church rises to 17 degrees, and nadprestolny image dominates the whole church. Under the church is the original home of the Mother of God. Like many other poor house of Nazareth, is adjacent dwelling close to the ledge of the cliff, which is carved nativity scene of three rooms. Now here you can get to the altar, the marble steps. 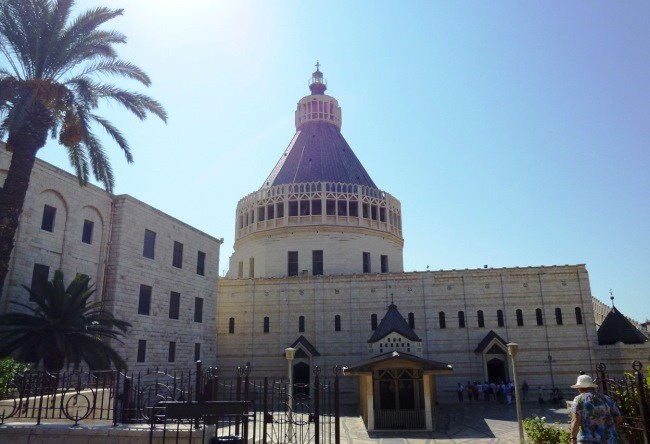 Under the arch of the sanctuary constructed throne. Under his marble top are a few small lamps that illuminate the light platform, bathed in incense. On the throne, and next to it are set crystal vases with white roses, which are considered a symbol of purity. When you enter this sacred place on the right side mounted the throne in the name of St. Anne, and on the left side of the two marble columns, established in those places, where the archangel and the Mother of God in its phenomenon. 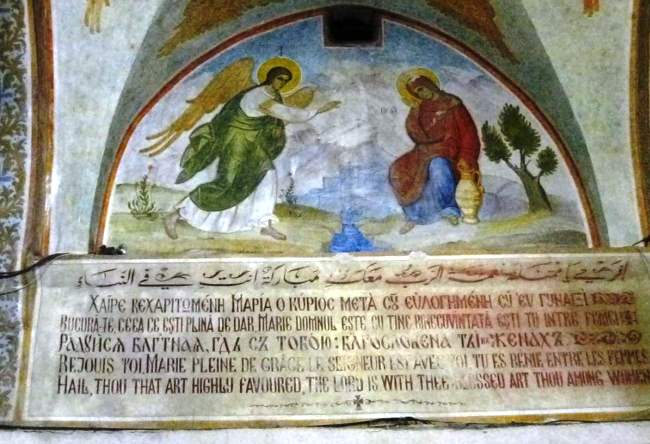 The middle part of the second of the two columns of the temple was sawn Gentiles who believed in it hidden treasures. To the right of the throne of the steps included in the following part of the nativity scene, which established the throne of St. Joseph. According to legend, the apostles sanctified the place for svyaschenosluzheny. The second part of the door to the den is the third branch. 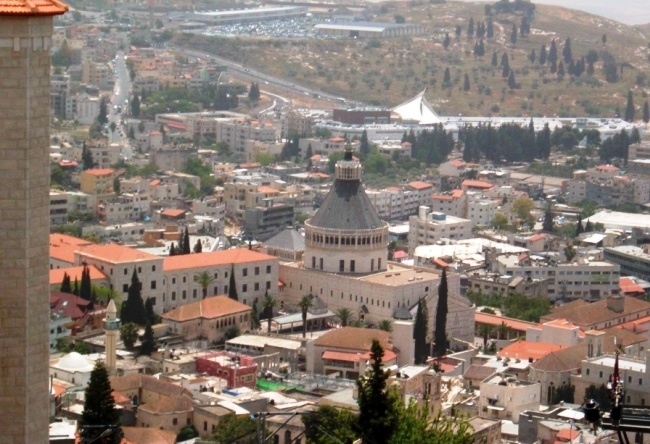 In Nazareth there is one Orthodox Church, which is located at the very end of the city. It was built on the efforts of the Russian tsars destruction of the Temple, which was built by St. Helena. It is noteworthy that legends do not converge at the site of the Annunciation, by assigning it to one temple, then the other.