Visit Georgia is probably the dream of every person. After all, you can learn a lot not only about history, but also the holy places. For example, there is a castle called Khertvisi, which is the oldest on the territory of Georgia. 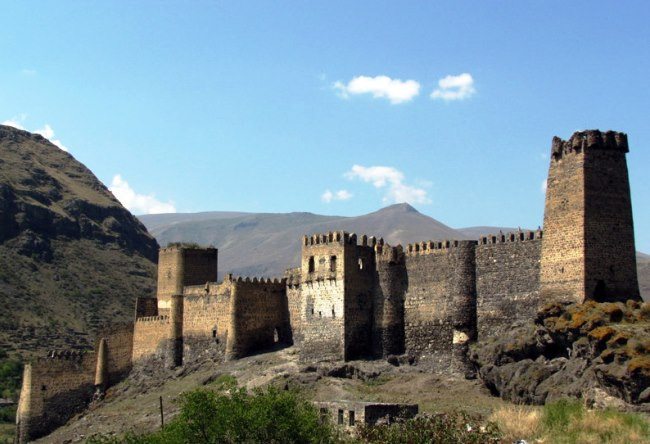 Of course, the Khertvisi castle almost did not survive to our time, but still like to visit her. Beautiful views open up the path to her, looking at her when you pass on the road, it’s an unusual feeling, you are full of emotions that you just had never felt before. This fortress is located on a hill in a very narrow valley where two rivers join Kur and Paravani. In the 10-11 century it was the center of Samtskhe-Javakheti. And in the 12th century, the fortress was transformed into a city. Unfortunately, after a century and more precisely in the 13th century, the Mongols did not regret such beauty and destroyed it. 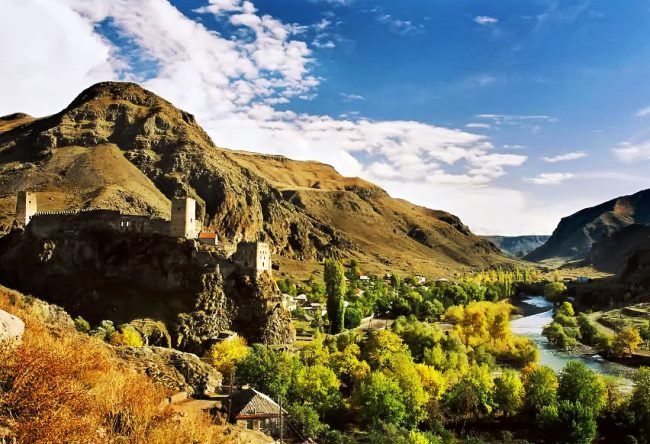 Fortress owned Mongols until the 16th century, until they were attacked by the Turks. All three centuries, this city ruled by the Turks, and it was their territory that they captured. But in the 19th century, the two armies, Georgian and Russian, have decided to combine their efforts, than provoke a war and win it with dignity. After that, the castle became a military base not only for the Georgian military, but also for the Russian military. 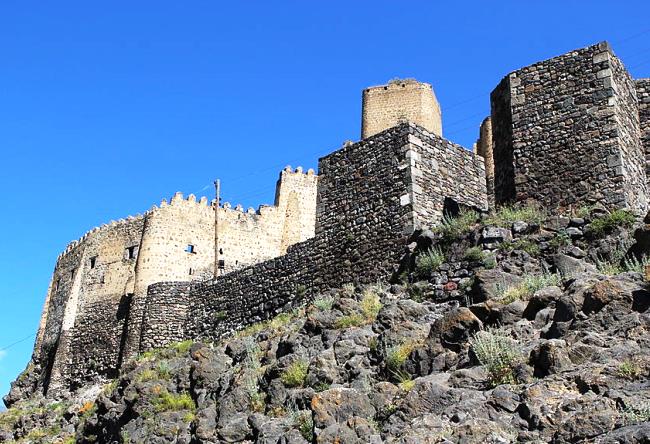 Today, the castle can visit each, as in a long time ago nothing. Now, this is usually a historical monument, which reminds Georgians about how and at what price, was conquered their territory. 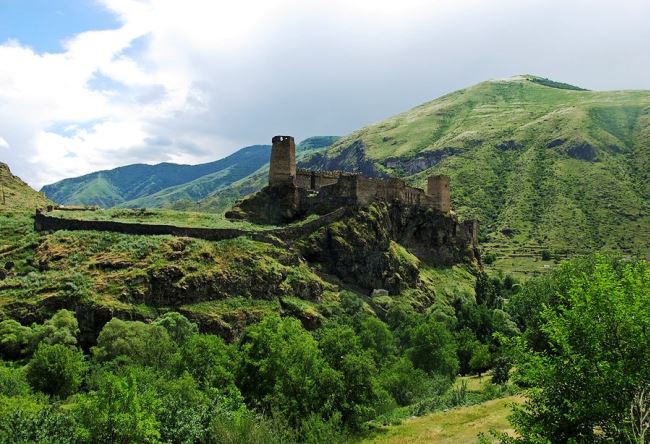 It may seem to some that the fortress is not unusual, but most of the tourists just can not look away from her eyes, as she ocharovuet. If you climb to the top, beautiful views, green hills, rivers, forests and more. That is, it seems that you get a completely different world.