In the South American natural park of Canaima in Venezuela are amazing picturesque mountains, Tepui, a fantastic view of which more like aliens landscapes in some film about parallel universes. 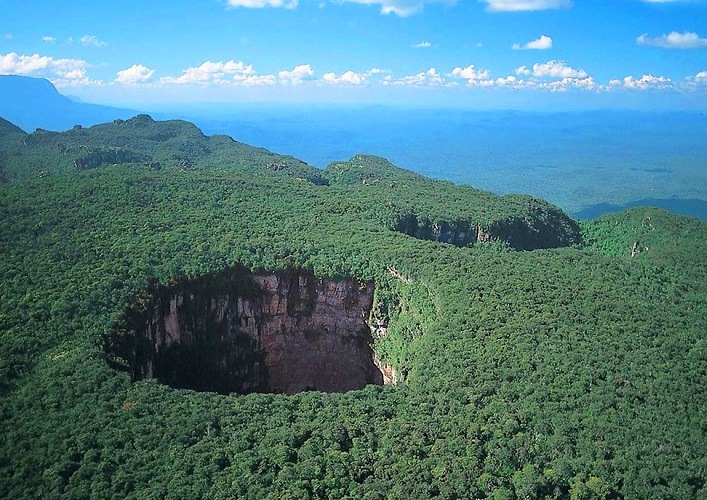 Tepui: the history of the appearance of rocky giants

These ancient rocky hills, which the ancient Indians called the house of the gods, consist of mountain, mostly strong sandy rocks. Tepui are fearsome and practically steep cliffs with pico-shaped peaks formed as a result of the collapse of a giant plateau that long ago occupied the space of the coastal parts of the Atlantic and bordered the basins of the Amazon and some other rivers.

Back in remote antiquity, many millions of years ago, when the African and South American continents were one, the plateau was formed on the site of a huge lake. The rocky ridges impress with their unusual shape and structure. They hide a lot of intricate depressions in the form of funnels, the diameter of which is up to 300 m. Their formation was actively contributed by the collapse of underground river tunnels. Similarly, there was a cave with a depth of 672 meters turned over by powerful water streams. 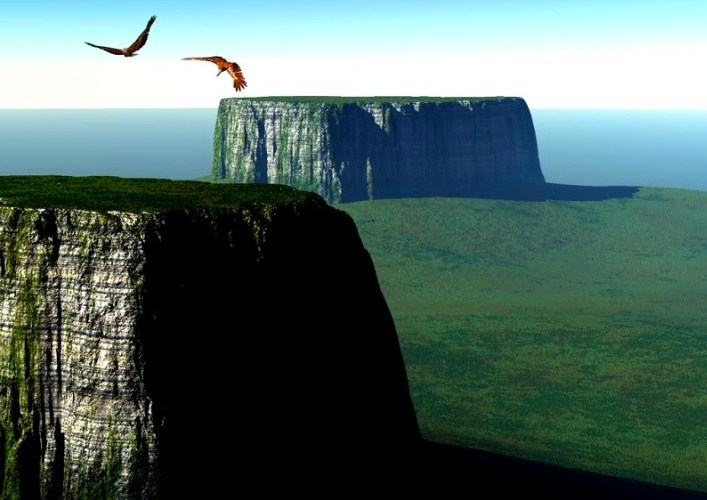 The most famous tepui of the national nature park

One of the largest tepuy, Ayantepuy, occupies a space of 715 square kilometers. One of the attractions of this zone is the highest waterfall on the whole planet, which got the name Angel. The process of falling water from a height of 979 m is a spectacular enough spectacle. Of particular interest is another tepuya, Autana, located over the rocks for more than a kilometer. Its distinctive feature is that through it passes a cave, the reliefs are decorated with bizarre rock formations.

In the national reserve is also the longest tepuya — Roraima (2810 meters above sea level), which has a large plateau on its top. Despite its decent height, caves, small lakes and swamps are comfortably settled here. An unusual landscape is complemented by a huge variety of plants and figured stones. The most interesting places in America, and, in general, on the planet are always connected with some legend. Local tribes call this mountain the belly-button of the Earth, and are convinced that it is inhabited by the ancestor of all mankind — the goddess Queen. 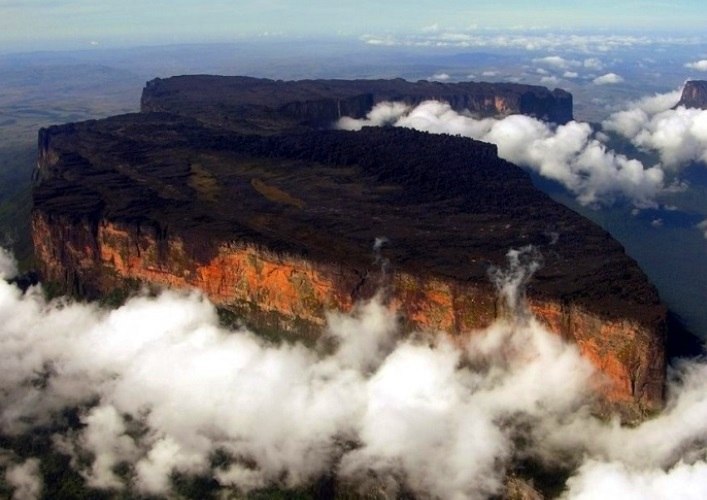 How to get to Canaima National Park?

Strange as it may seem, to get to this lost place is not so difficult as it might seem. Every day, like many other American attractions, it is visited by a large number of travelers and tourist groups. Get here by registered bus from Venezuela.

Kanaima Park, founded in 1962, contains the most valuable natural treasures and is protected by UNESCO’s international organization. The picturesque landscapes of the park are very diverse. In addition to grandiose dining hills with waterfalls falling from their peaks, unique species of flora and fauna have settled here, which nowhere else are found.