Among the great variety of all the «oddities» of Australia, and this is the same platypus and marsupial kangaroos, many tourist guidebooks mark the so-called «pink diamond», Hillier Hill, which stands out among the numerous lakes of the world not only in its color, but also in its color Origin. 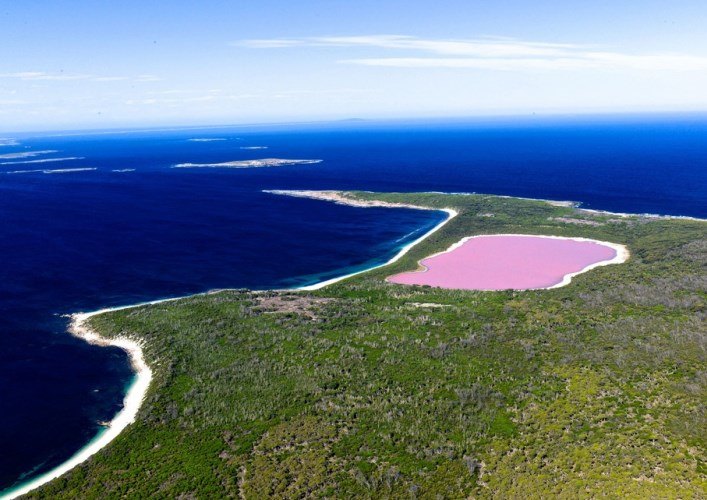 The history of the discovery of such a unique phenomenon of nature as the «pink diamond» of Australia or Hillier Hill dates back to the beginning of the nineteenth century, namely, by 1802. Namely, when the brave explorer of this far-flung edge Matthew Flinders, exploring the coast of one of the islands of the archipelago Rechurch, discovered on the island Middle, a pond full of salt water, pink. And since in those years the researchers did not have more precise methods for studying this unusual phenomenon of nature, most of them referred to the will of holding and some pink dyes in the bottom soil of this lake.

However, the time went on, and interesting facts of this plan began to interest more meticulous researchers who already by that time had knowledge that in the water of this lake such bacteria, red, like Dunaliella and Halobacteria, could live. With this in mind, this version has stopped. Although, as shown by more competent scientific sources, and to date, this kind of scientific theory does not have more or less correct confirmation, which in principle does not prevent many travel agencies and publishers of tourist guides to distribute to the travelers all kinds of theories and versions of this phenomenon. 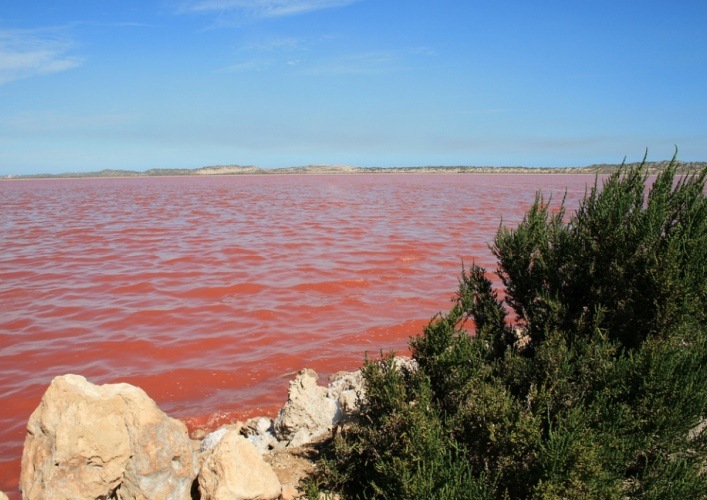 But, despite all these pseudoscientific vicissitudes, the journey to Lake Hillier attracts many travelers, both Australia and those who come to this continent from the countries of the New and Old World. After all, this whole territory, both the lake itself and the eucalyptus forest surrounding it, are almost untouched places for more than a hundred years. After all, since at the very beginning of the century, people tried to extract salt on the lake, but had to curtail this project because of the difficulty of transporting it to the continent, there was no step on the human foot. And taking into account the remoteness of the Middel Islands from the busy traffic jams, the reason for such a «temporary» conservation of Lake Hillier (Hillier) from all the delights of modern civilization is quite understandable.

So, looking at the cosmic photographs is a miracle of nature, in any popular science publication, you do not cease to be surprised that there are still such places in the world and Australia, it has one of them, namely Lake Hillier « Pink diamond «of this continent. 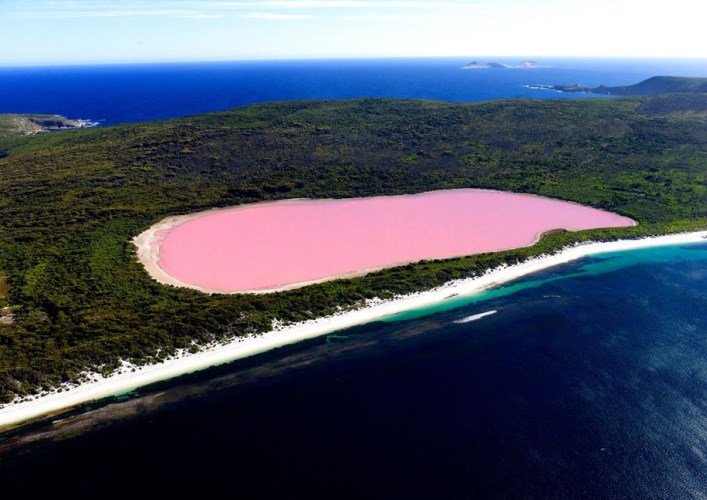 If you believe Australian guides, then to visit this lake is quite problematic, because in view of its uninhabited island of Middle, there is no regular message, unless that having paid some money, a brave traveler can get to the lake by helicopter.