This remarkable street is located in the heart of New Zealand, namely in the city of Dunedin, the second largest city of the South Island. This truly is the steepest street in the world is located in the north-east of the city center, about 4 kilometers away. Beginning this street takes on North Road and gradually rises up to its intersection with Buchanan Street. 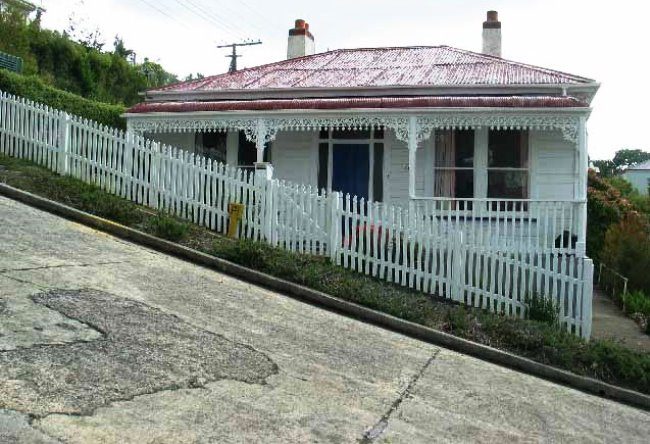 Baldwin Street is the steepest not because of the number of billionaires living on it and not because of the amount doroguschih mansions that are located on it. Alas, neither the one nor the other is not. The steepest street is due to the angle of inclination. The length of the street is only 360 meters, and in such a short distance of the street rises to a height of over 80 meters. 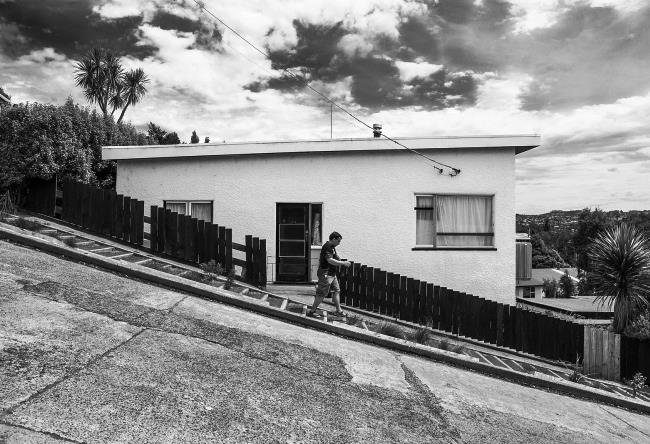 At the bottom of a gentle rise, and it is quite possible to be dispersed in the car, but the steepest part, after about 160 meters, the tilt angle is already 38 degrees. Under this angle goes another 47 meters section of the street. The story of this street is not only commonplace, but also very unusual. Dunedin City began construction in the distant 1848, and all the plans for the building were drawn up and approved areas in the UK. The British did not anticipate that in New Zealand such steep hills. But local authorities to avoid enraging the powerful London exactly fulfill all orders received. 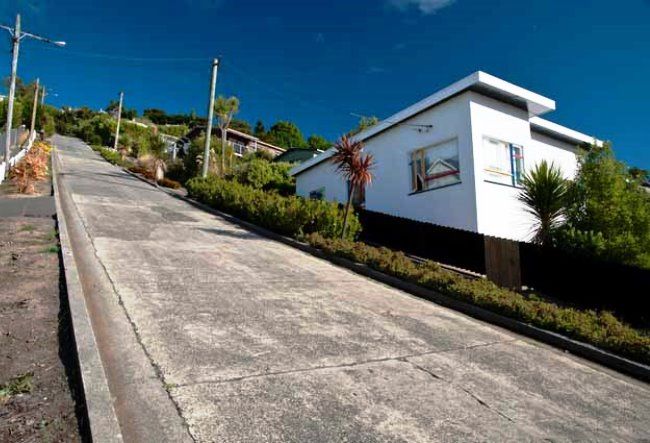 That’s what started to execute the plan the northeast of the city, made by Charles Kettlomm, do not assume that this part of town is not suitable for the construction of roads. The only correction in these plans is the replacement of asphalt concrete, because the rays of the hot sun asphalt would simply stack down. About pedestrians a little more thought, replacing sidewalks steep stairs more appropriate here. Over time, this street was used for various events. 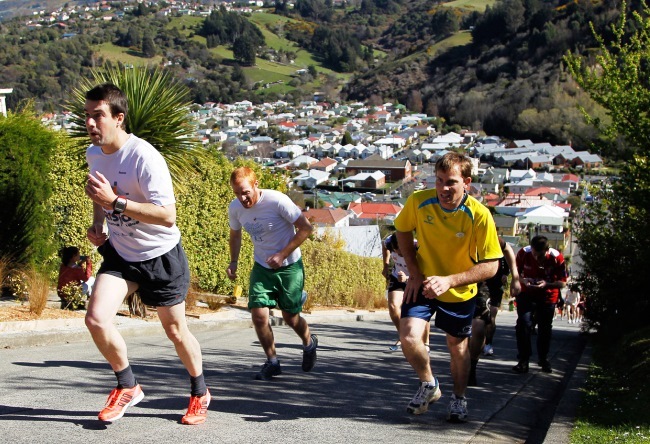 For example, since the end of 1988, an annual race is held here. The aim of the participants is as descend on Baldwin Street can be reached soon. Take part in this marathon can be anyone. And since 2002, we began to carry out another entertaining event on this street. From the top of the hill, down the street at the same time launched a 30,000 chocolate balls that reach the bottom in about 20 seconds. The winning the first 5 balls fall into the hopper. Each ball has not only a number, but also a sponsor.