Calanais located on the Isle of Lewis Hebrides archipelago Large, it is currently the largest monument of megalithic culture of the British Isles. The reconstructed shape «Callanish Stones» was established probably in the Neolithic period, between about 2.9 and 2.6 thousand. BC. Experts note that previously (until 3000 it housed the sanctuary). 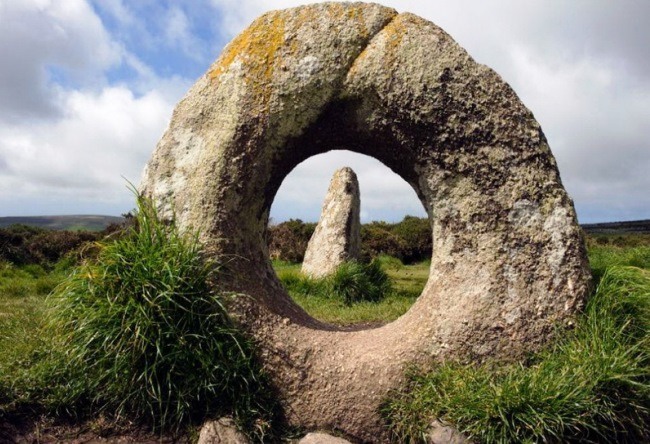 Calanais formed thirteen Upright monuments or groups of stones that form a circle with a diameter of up to thirteen meters. The average height of 4 meters of stones, but can vary within 1-5 meters. Stones cut from the local gneiss. Popularity Callanish stones can compete with Stonehenge. 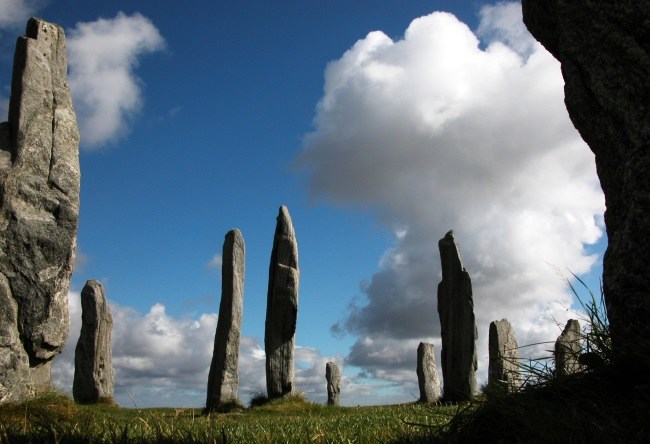 The interpretation of this ancient construction of still disputed, but most of all we are dealing with a giant lunar calendar. The moon passes through the southernmost point of the sky once in eighteen and a half years and if watching her from that position, the impression may be that it moves parallel to the horizon, almost touching the ground. That is why Calanais closely linked with the surrounding landscape – stones like themselves grow out of the ground. 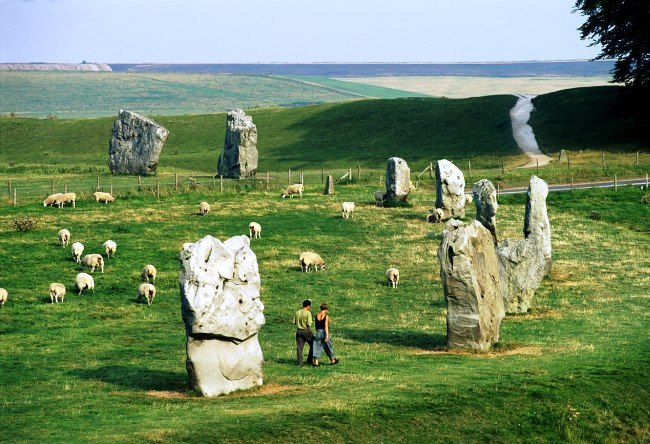 Veins of quartz in rocks well warmed by the sun and then emit a soft, energy and heat. The stones, which stand outside the circle, laid out in a form similar to the Celtic cross, and it ends at the point of the compass. It is difficult to determine exactly what rites were performed here in Callanish, but still, this area continues to attract tourists from around the world. 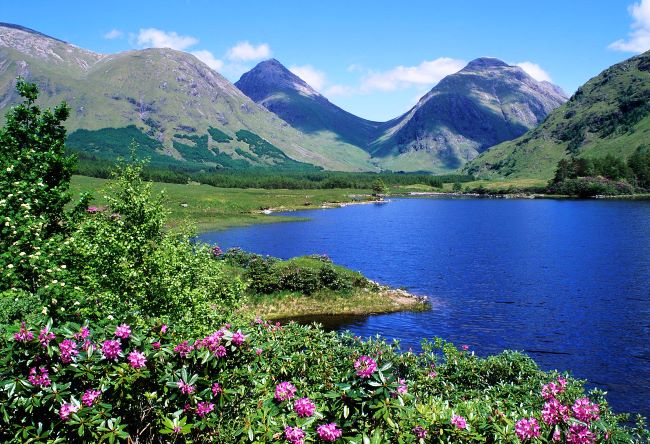 In the Bronze Age, by assumption, the scientists, the sanctuary, which was in the area, was plundered and sown with grain. From about 800 BC Calanais gradually transformed into peat, which by the mid-19th century stones covered almost half meter layer of peat.