Have you ever paid attention to what false craters and these volcanic craters, it is quite difficult to distinguish. This can be done only by specialists who understand this business. Such false craters located on Lake Miwa, in northern Iceland. 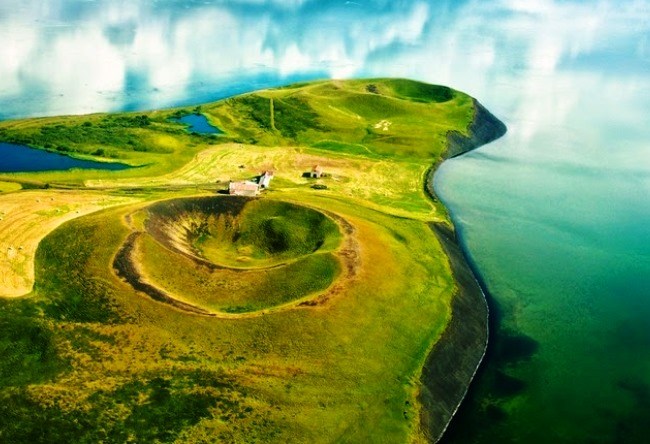 These craters are created when hot lava meets the swamps, lakes or other small bodies of water, and the steam explodes. Vapors pass through the surface of the lava, thus causing gas bursts, and this leads to a gas eruption. It is because as a result of splashing lava can form a large hill, which in turn, can remind us of the crater of the volcano. Also, such false craters, known to scientists as unfounded cones, and all because they have no channel for the output magma. 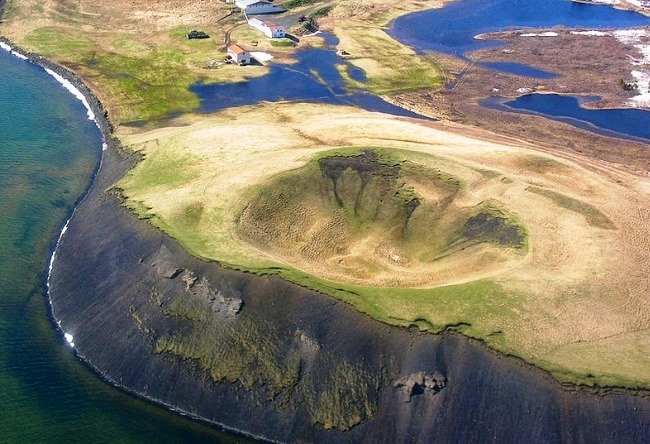 Today, in the Lake Miwa, there are false craters and a very large number. The soil, which is on the lake was formed over 2,300 years ago, using basalt eruption. When this «blow up» the volcano, the lava flowed down towards the valley Laksardalur. It is in this area, I encountered a small lava lakes as a result of which have been formed, the so-called craters. A huge amount of land rose from the bottom of the lake. 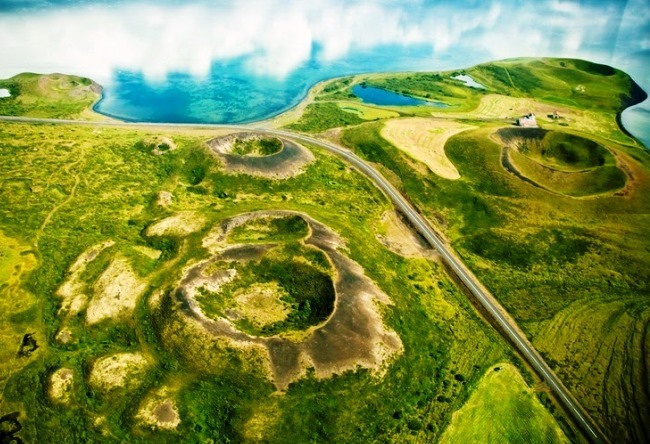 False craters are a large number, because the volcano was constantly active, and that contributed to the formation of the landscape that we are now seeing on the lake. One such false craters, has protection authorities, and a historic monument of nature. Tourists often come here only in order to see the unusual crater. 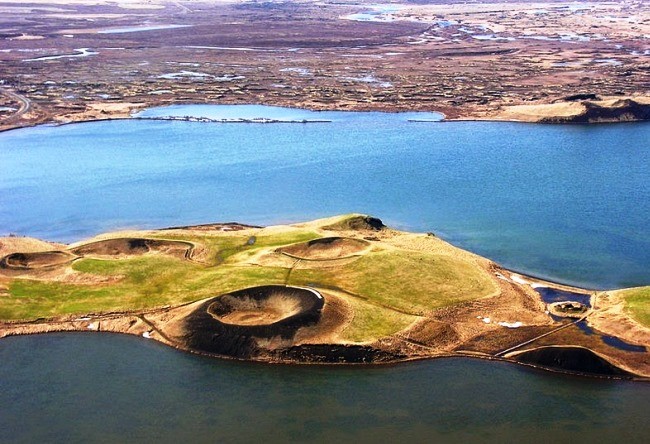 It should only once seen to be, as we say, fall in love with this place. It is a wonderful creation of nature, not everywhere can be seen.