Fortress Bourtange in the form of stars

While held Eighty Years’ War, in 1580, Prince William of Orange ordered to ensure that was built over the famous fortress Bourtange. Today, it is located on the north side of the Netherlands, that is almost close to the border of Germany. 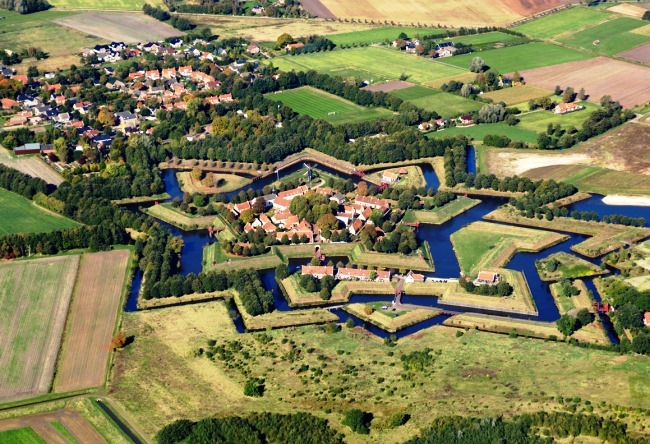 Prince ordered to build a fortress and interestingly, this fortress, necessarily had to be built in the shape of a star. That is, there were five bastions that fortified border. But what is also very interesting is that it was built on marshland. That is, the fortress became a strategically important subject, especially for the Spaniards. All because of the way passed through these wetlands. 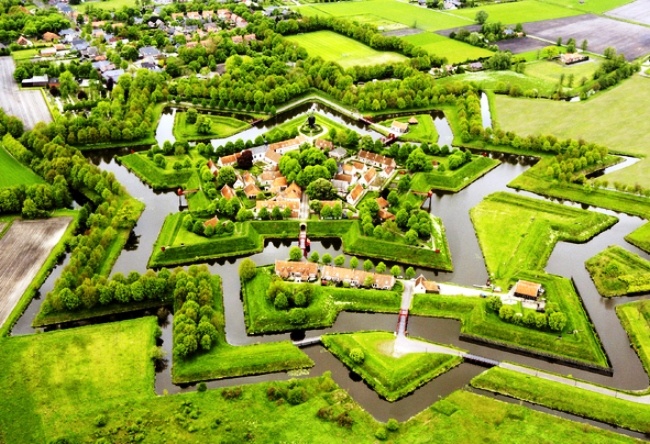 But, after all, the main task of the fortress was to protect from the town, which was practically next door, it is a city Gronengena. From 1593 to 1851, the castle was not just protection, but also participated in important battles against Spain. Unfortunately, after 1851 the fort was dismantled almost fine particles. And at this point there was a village of peasants. Only a few buildings remained of the fortress, which still remind us of what has been a long time in history. The Government has decided to restore the castle, and about 1967 to 1992, have been restored channels and barracks. 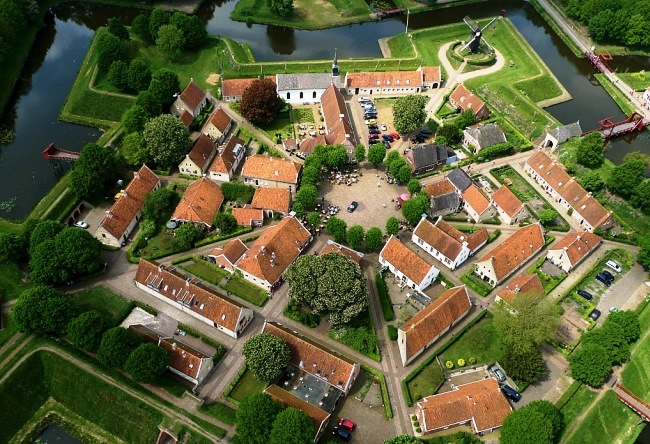 If you want to look at how beautiful and austere was a fortress, it is possible to climb the nearest hill. You will see not only what has been restored, but also that the former fortress, still resembles a star. 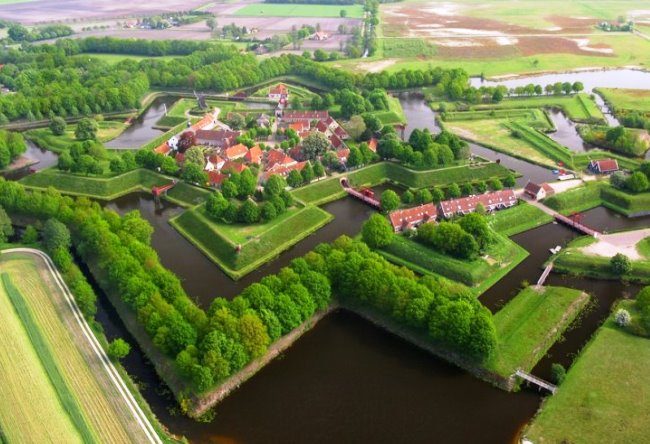 Today, here are held theatrical demonstrations. That is to say, carried out the battle and the battle that takes us far back in history. It is not only fascinating, but also delights, because this can be seen in every town, city or country in the world.