Visiting one of the oldest cities in Europe, Trier, you are sure to get a tour of the city dedicated to the ancient architecture of this city. And as an obligatory part of this excursion you will definitely be shown the Black Gate (Porta Nigra), which are not only the oldest building of this city, but also a structure that has a rather fascinating history. 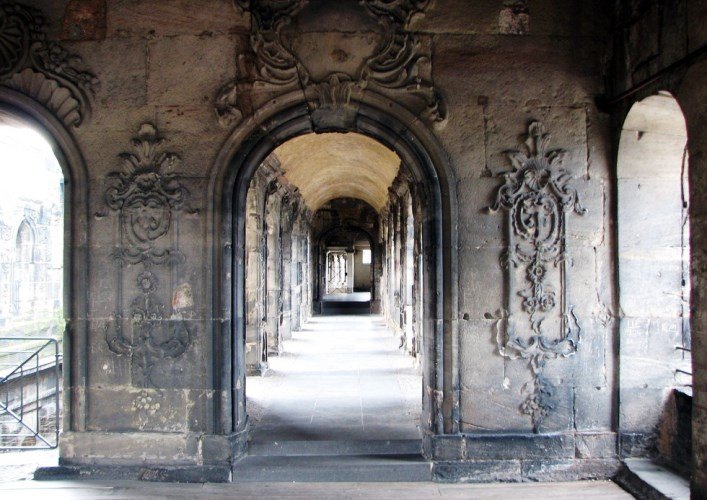 Trier and his Black Gate

First of all, it should be noted that this is a rather impressive structure, it was built by the Romans as far back as 180 AD, and was a part of the fortress wall surrounding the city. And, during almost all of its existence, the Black Gate played a role, not only the main entrance gates of the city, but also the city customs. In this case, it is worth noting and some technical features of this ancient Roman structure, namely that at its height of 29 meters, the Black Gate was erected without the use of a grouting mortar, in which the Romans used slaked lime. Constructed elements of the Black Gate, made of sandstone, Roman artisans were first connected by means of metal rods, and then, with molten liquid tin, these elements were finally attached to a single, construction structure. 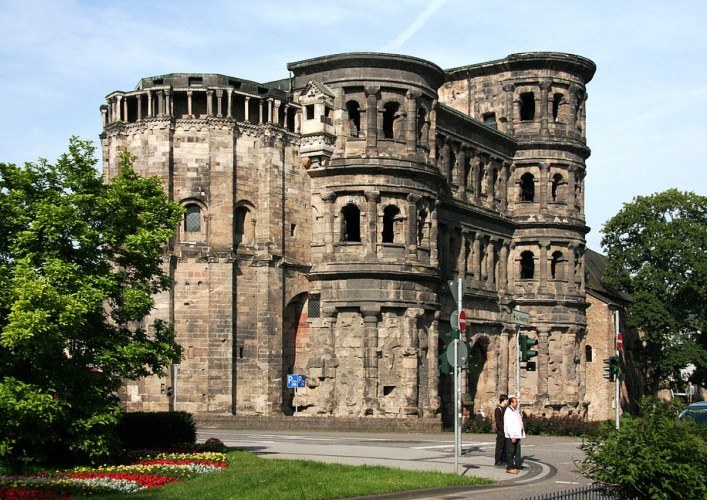 Historical vicissitudes of the oldest structure in Europe

No less remarkable moment in the history of the Black Gate is the period from 1028 to 1035, when in their courtyard lived until the end of their days, Simeon of Trier. The Greek hermit, who in his young years made a trip to the Egyptian monastery of St. Catherine, and was tonsured as a monk, settled in Trier with the aim of carrying out his Christian feat as a hermit. And for greater persuasiveness of his sacrifice, Simeon Trier asked the citizens to immobilize him in the inner courtyard of the gate, and through a small window left he not only preached, but also received food.

In addition, the story of Simeon of Trier was also quite a long continuation after his death in 1035, as a result of which the famous hermit was quickly canonized to the rank of saint, and the Black Gate was converted into the church of his name. And in this cult form, the former Black Gate, and in those days the church of St. Simeon of Trier lasted until 1804, until Trier itself was conquered by Napoleon’s troops, and the churches, at his own disposal, returned her original form of the Black Gate. So, it was in 1804 that the historical monuments of Europe were replenished with another remarkable example of ancient Roman architecture. 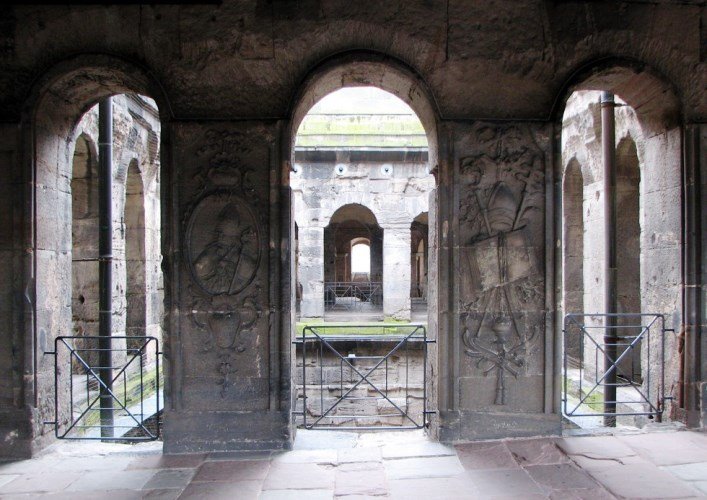 Since in Trier is quite developed such a sphere of activity as tourism, then to find the Black Gate already being in the city itself is not a problem. But it’s best to get to Trier from Brussels.