Among the numerous cities in the world of the striking traveler’s imagination with its architecture or location, the Greek city of Monemvasia has a rather peculiar location — its residential quarters, churches and other attractions are located on a small ledge of rock. 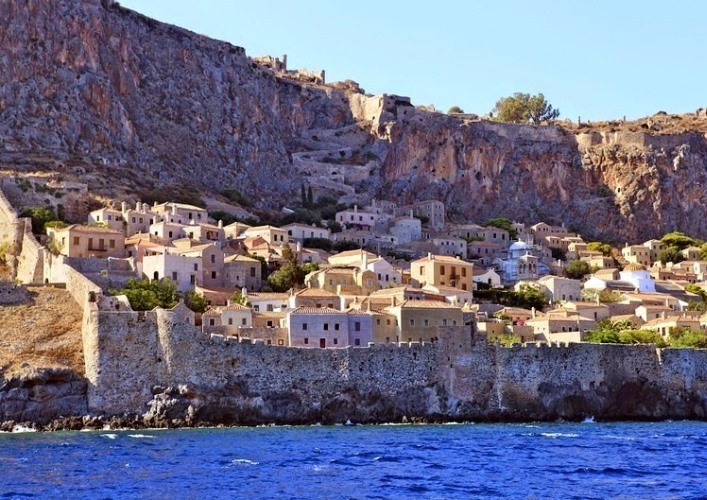 According to the surviving historical documents until 375 AD, Monemvasia was an ordinary ancient Greek city that was located on the southern tip of the Balkan Peninsula, which in the popular historical literature is called the Peloponnese. However, after the above-mentioned year, as a result of the strongest earthquake, this small part of the peninsula broke away from its main part and turned into a small rocky island connected with the Peloponnese by a small and narrow isthmus. Perhaps, it was from this moment that the absolutely different life of this territory began.

After all, the location of the fortress there and the presence of only a narrow isthmus turned Monemvasia into not only interesting places in Europe, but also in an impregnable fortress in every respect. What exactly, and took advantage, the inhabitants of Laconia, the ancient Greek state, fleeing the invasion of the militant tribes of the Slavs in 583, as noted in the chronicles of the Roman emperor Mauritius, who ruled in those years. 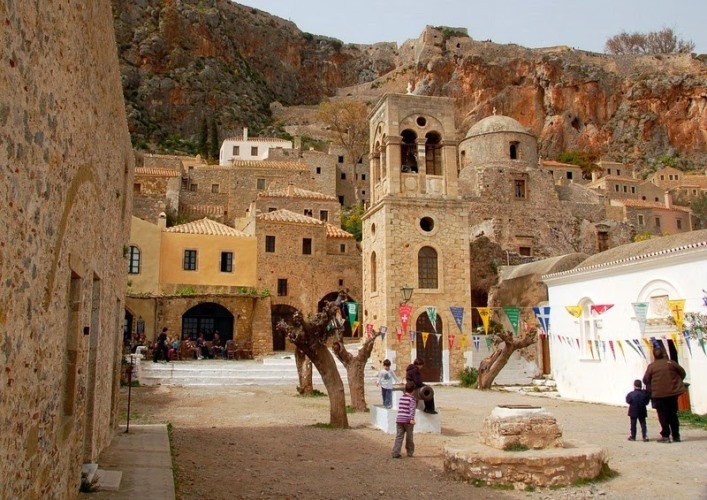 A tidbit of the Balkan Peninsula

However, then Monemvasia still did not represent the sights of Europe, because for this, at least it is necessary to cut down part of the rock, and in the liberated place to build the legendary city, surrounded by virtually no criminal, fortress wall. But this kind of geopolitical location of Monemvasia has played a somewhat unpleasant joke with the city and its inhabitants. After all, such an arrangement placed the city on a par with the most important trade and military-strategic territories of this region, and practically the entire subsequent history of Monemvasia is associated exclusively with its conquests from numerous aspirants for domination over this small part of the land.

And if the first conquerors of Monemvasia came to this land in 1248 as Sicilian Normans, when Europe was a continuous theater of operations, the last owners of Monemvasia, the Turkish garrison of the Ottoman emperor, did not quite safely leave the walls of this city when, after the siege of it completely Destroyed the Greeks in 1821. 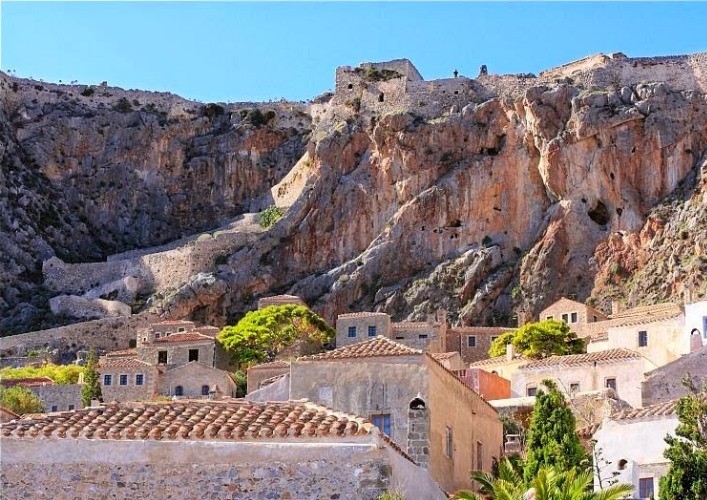 So, if you really are going to visit such monuments of Europe as the city of Monemvasia, then for this, at least you will need to get to Athens. And then at the airport, take the bus X93, which will take you not to Monamvasia, but to the Athens bus station, where one of the buses of KTEL company Lakonias Lakonias necessarily goes directly to the final destination of our trip, Monemvasia.