The fact that residents of the Western part of Germany, like no one else can keep their customs and traditions, can be seen by visiting a relatively small but truly German town, with a specific Bavarian «accent» Rothenburg ob der Tauber. However, many who come to it for the first time do not leave a feeling that they really got into a medieval fairy tale. 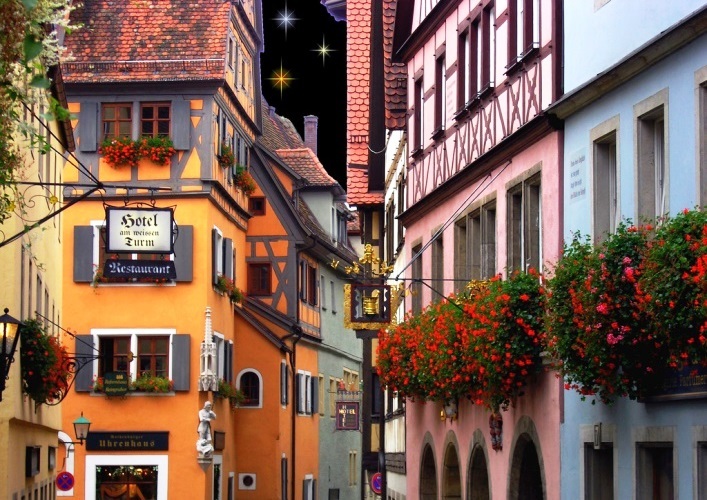 As history tells in this 970 year, a rather wealthy nobleman from Eastern Franconia named Reinger started construction in Denwang on a small mountain ledge above the Tauber River, a small church parish, which later became the basis of the modern Rothenburg ob der Tauber. However, the further centuries-old history of this city did not differ in this or that turbulent events connected with palace coups or armed with the overthrow of monarchs. The main passions of the townspeople Rothenburg ob der Tauber around the construction of a particular city building within its old, historical part, as well as the right to inherit this town by one or another regular monarch. Even during the Second World War, the city did not suffer much from aerial bombardment, unlike many other German cities, and was quickly restored in its old, almost medieval appearance. 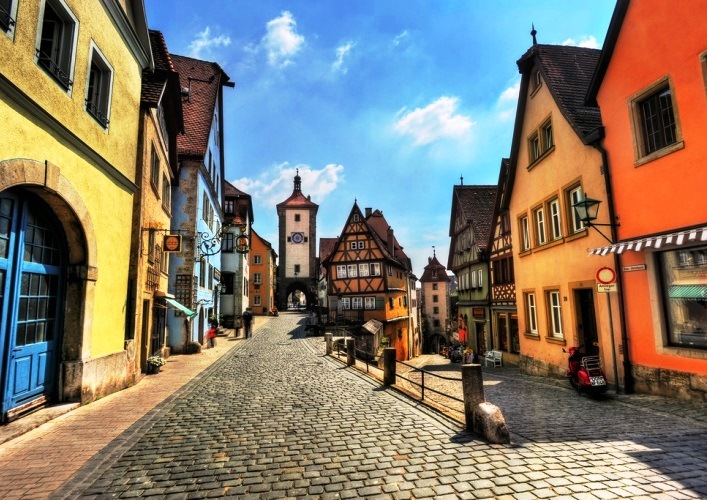 So, as to today Rothenburg ob der Tauber, the amendment belongs to such a category as the most interesting sights of Europe. After all, even walking through its modern streets, you do not feel that you are in Germany twenty-first century. In Rothenburg ob der Tauber, the whole architecture of modern buildings is sustained precisely in the spirit of that historic city. In the city there is no screaming advertisement of numerous shops, restaurants and cafes. In the city, even phone booths to match their London counterparts are in the spirit of the «Middle Ages», although it is rather difficult to imagine what the telephone booth of that time would look like.

However, despite such seeming antiquity, everything that is now located on the territory of the city is quite modern institutions, filled with all necessary for normal life services and communications. So, that vacation in Germany, namely in Rothenburg ob der Tauber, which you prefer to other cities of Germany, will leave you the most benevolent and unforgettable impressions. And especially this city like admirers of historical, architectural artifacts. Indeed, in Rothenburg ob der Tauber is one of the oldest buildings of the city hall, which harmoniously fits into the general solution of the location of buildings on the Market Square of the city. 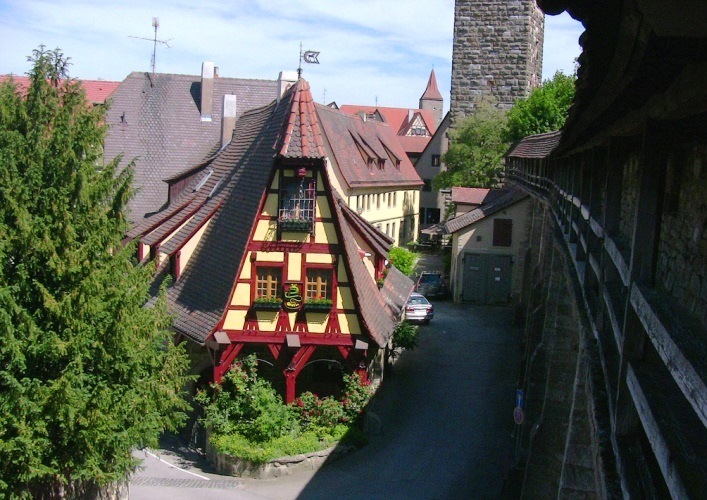 No less attractive would be for those tourists who preferred a vacation in Europe, a trip to Turkey or the Maldives and left their choice to the cities of Germany. Namely, staying in the same Rothenburg ob der Tauber, many of them can enjoy not only the historical part of the city, but also «meaningfully» to spend free time from excursions in one of the many restaurants and bars, tasting the most exquisite varieties of the famous Bavarian beer.

How to get to Rothenburg ob der Tauber

Rothenburg is quite comfortable from two big cities in Germany, namely Munich and Nuremberg. And if from Munich you will need to make two transfers at the railway stations «Treuchtlingen» and «Steinach (b Rothenb)» and spend a little over three hours. That from Nuremberg this trip will take only one and a half hours with one change. So, that you choose yourself.