China’s history is incredible, and still keeps a lot of unsolved mysteries and rituals. One such ritual is the ritual of the people of Bo. They were an ethnic minority that does not stop them from far away to step in development. These people would be developed further, but constant wars have led to the fact that 400 years ago they were completely destroyed. Almost nothing remains of their culture, except for the strange air of burial. 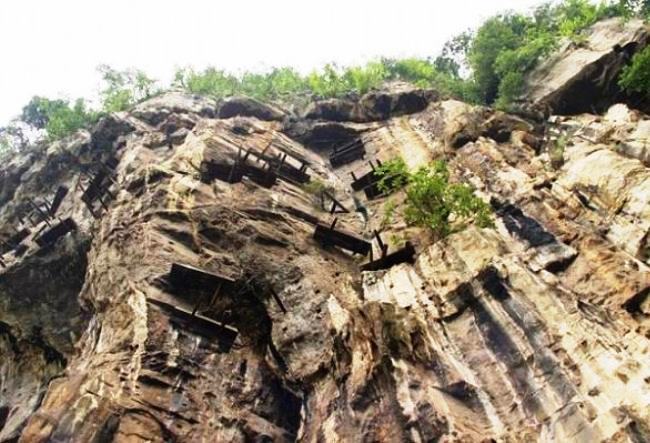 People Bo sat down to his story even 3000 years ago, and even then were able to distinguish bright and original culture. One feature of this people is unusual funerary rituals. Coffins for it were made of very hard wood, and some survived. The most modern tombs of 400 years, have also been preserved coffins, which are more than 1,000 years, and the oldest – more than 2500 years. 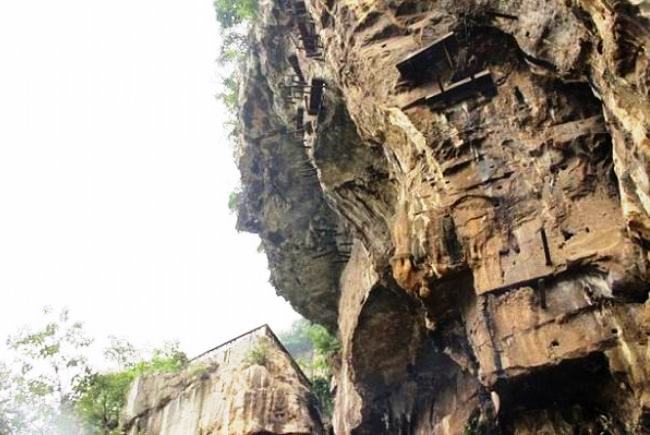 Nationalism Bo is considered fully extinct, but still a number of people still there in China now. Research suggests this ritual two reasons for such a burial. Bo People believed that after death the soul goes to heaven, so hoisting the coffin on the pile helps the soul rise. In addition, the enemy was very difficult to get to and plunder ancient tombs. Some tombs can not be reached today. 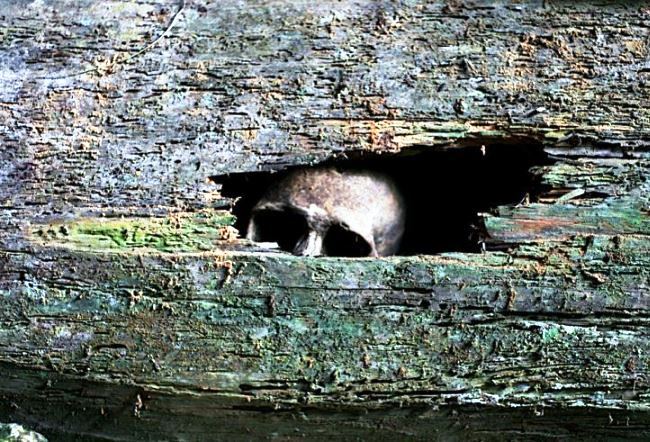 Another unusual feature was that, as the coffins set up on the rocks. People lifted coffins, weighing more than 20 kg to a height of 100 to 200 m. The oddity is that without modern climbing equipment is very problematic. There are ancient legends, the people of Bo conquered the air element, and could fly. That’s why they’re so strange and highly buried their dead. According to another view, the funeral took place in the spring, and coffins rose to such a height with the help of spring floods. According to the third hypothesis, coffins upstairs using makeshift ladders. 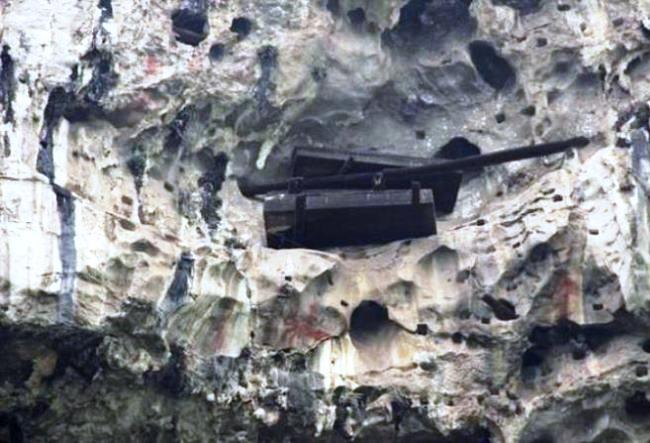 Today, the ancient rock tombs Bo – it is only cultural monuments. The Chinese authorities are constantly carrying out restoration work and carefully guarded by an ancient cemetery. In total there are more than 250 rock tombs.