There is an island of Indonesia island of Flores, where the «living» before an abnormally large birds – marabou and … hobbits – Homininae. The remains of both rather puzzled the world community of scientists. And if fossil giant birds – is basically inexplicable phenomenon, the men have remained a mystery. The announcement of this at the time caused quite a stir. 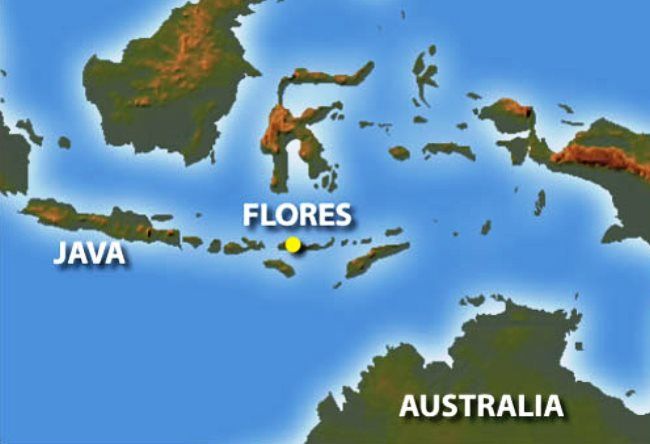 Island of Flores has long been surprised archaeologists «anomalous dimensions.» Giant birds were more than the residents themselves twice and probably ate their children, well, apparently, and not only. It is also worth noting here that lived even dwarf elephants and giant rats. In this regard, even more surprising to perceive that there are people of small stature. 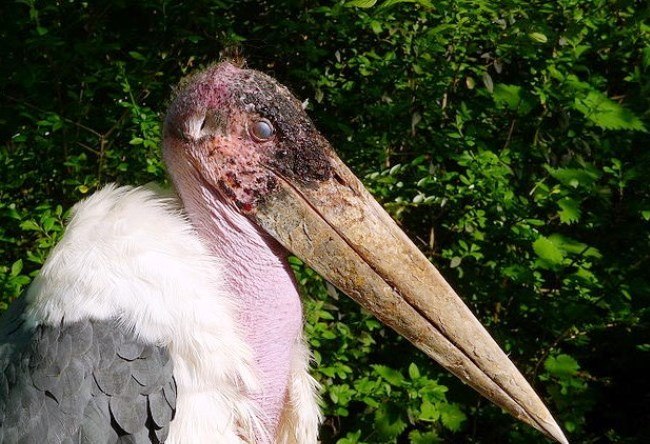 How do they survive here? After this discovery, the island became known is the island Hobbit. It turned out that the little men lived among quite unusual fauna. Undoubtedly, this neighborhood gives them a lot of trouble and danger, but they lived here, no matter what for a long time. 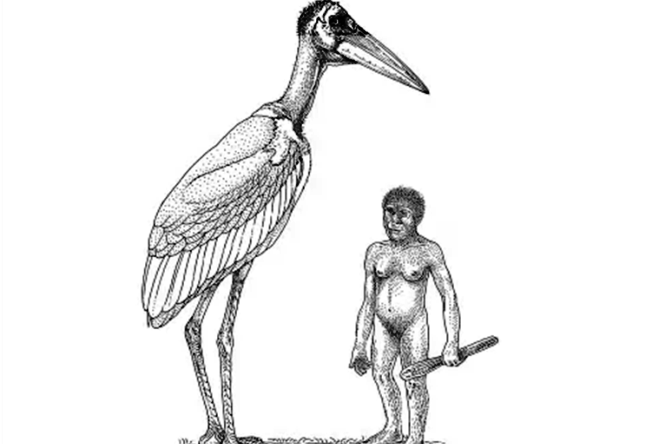 If we talk about Marabou, they belong to the genus of birds stork family, which now consists of three species: African, Indian and Javanese marabou. Birds may be the growth of one hundred fifty centimeters, with a wingspan of two hundred and fifty centimeters. Extinct huge marabou named Leptoptilos robustus. This type of birds differed significantly from their current counterparts. Their growth reached 1.8 meters and weighing approximately 20 kilograms. 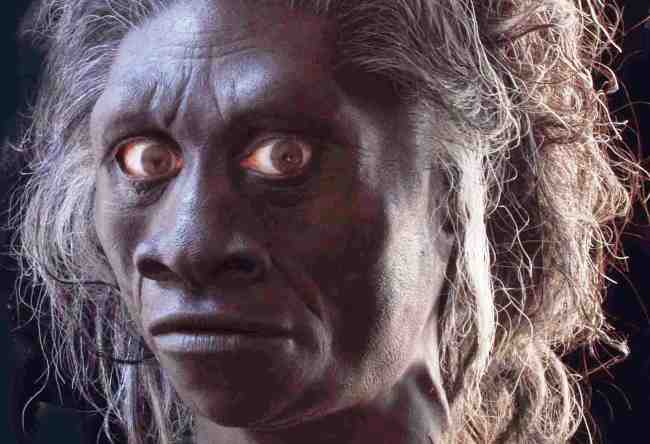 Such a conclusion is made by the international team of scientists examined the bones of birds in Lian Bua cave on the island of Flores. Age remains, which is established by means of the carbon analysis of the soil layers, which found the remains – 40-50 thousand years. Scientists think that the large size and the presence of the large bones of the tubular type is an obstacle marabou fly – or he does not fly, or do it rarely. Dimensions, weight thickness of the rear limb bones indicate that the bird with great effect can move around the surface of the earth, as a modern ostrich …