The way to school on the island of Java

For children the way to school on the island of Java becomes a real danger. The only route that they use to get to school — this aqueduct, which is not intended for pedestrians. 100 meter bridge was designed to carry water and bind two points population Suro Village and Plempangen Village. 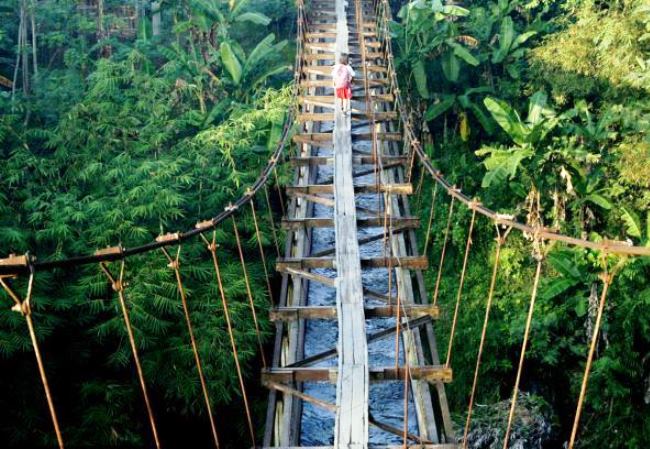 The way can be a serious threat to life, but the people of Java are not afraid to ride a bicycle across the bridge, even with a large load. Despite the fact that this way is very dangerous, the villagers prefer to use this facility than to pass away in more than five kilometers away. Children on bicycles in a school uniform drive on a wooden way, and adults use it to get to the store and buy everything you need. 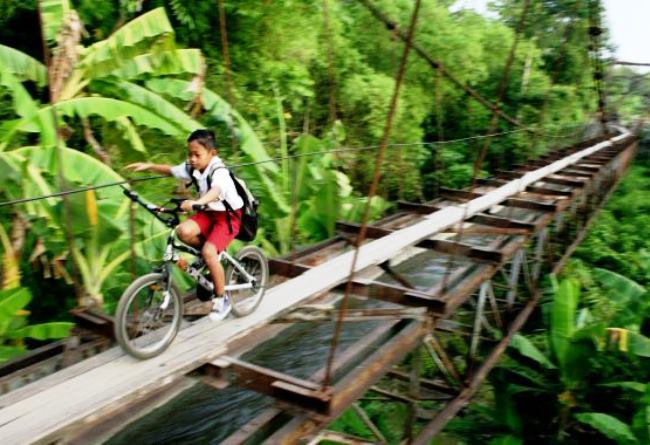 This year, children from the province of Lebak rescued from the suspension bridge, which simply fell into the river. Three months the children did not attend school due to the fact that all the bridges were damaged by flooding. 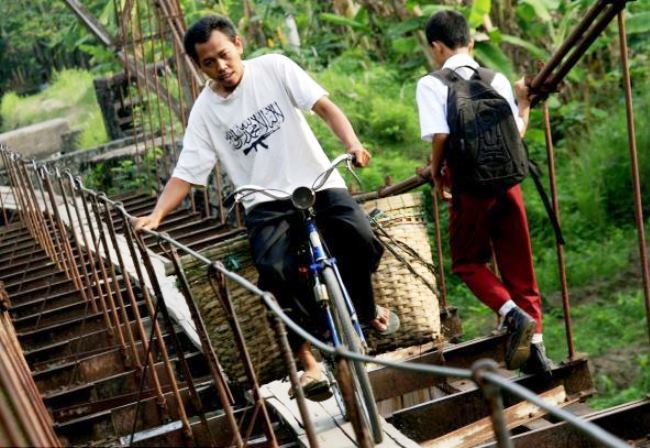 Despite the fact that the Indonesian island has no normal traffic, it is the most populous island in the world. The population of. Java is 137 million people. The population density record for this type of islands and is 979 persons per square meter, which is a lot. 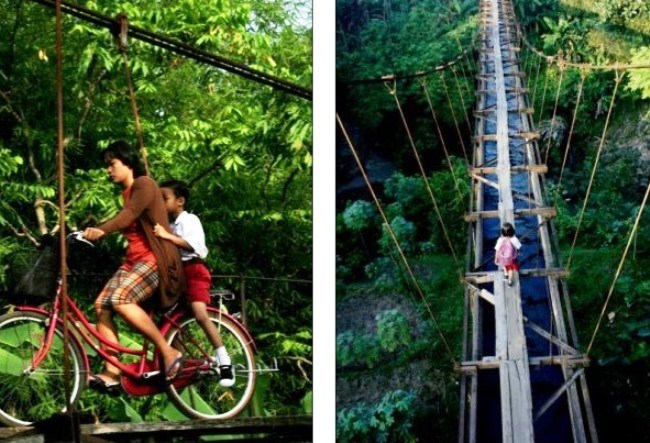 The island of Java is the center of the country, its political and cultural activities. It was here collected a variety of museums, as well as rare examples of architecture. Despite the fact that one third of the island’s jungle, tourists often want to visit this place. Special noticeable influx of tourists during the Christmas holidays. Here to see the famous volcano Bromo Mort and Krakatoa, as well as famous reserve Ujung Kulon, tourists come from all over the world. O. Java is the heart of Indonesia and, despite the fact that the ways are not good, it does not become less popular.