The Arab Emirates, while developing one more profitable business, in addition to oil, namely tourism, try to attract new tourists to the country with the original architecture of its resorts. So that every new hotel in Abu Dhabi is a kind of new word in the world architecture.

Round hotel in Abu Dhabi is a skyscraper AlDar

In principle, the skyscraper AlDar towering on the most chic beach of the capital of the United Arab Emirates Al Raha (Al Raha Beach), it’s not really a hotel in the full sense of the word, because the hotel in Abu Dhabi is not so much a rarity. In view of this, the owners of AlDar located in this building in addition to hotel rooms and office space. After all, it’s no secret that in some cases, the productivity of office workers is much higher if outside the window you can see not the sad landscape of a modern metropolis, but magnificent beaches, the gentle sea and other delights of the resort life. 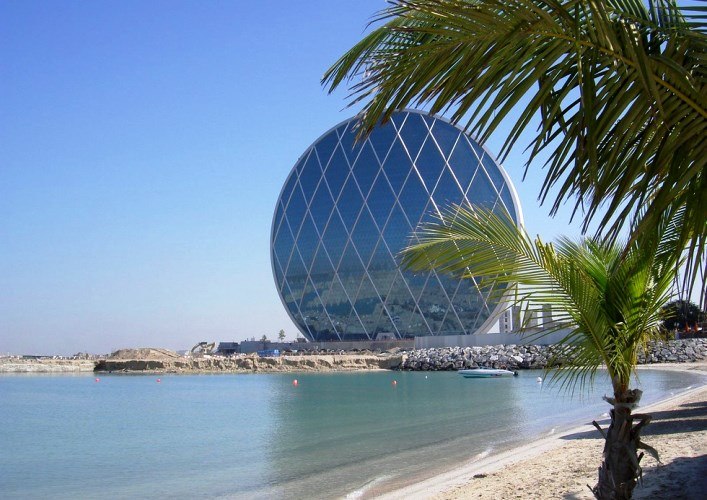 In addition, at lunchtime, you can visit the hotel and splash in half a hour in the pool with sea water, and the remaining time to use your lunch lunch, admiring the same sea view of the Mediterranean Sea. So, in such a decision, namely, to connect the hotel complex with the numerous offices of local and foreign companies, the marketing process of the owners of AlDar is not a bad one.

No less original, in terms of marketing, is the architectural solution, this unique skyscraper. After all, not many hotels in Asia have a circular shape of the building. And, the local studio of architectural design MZ Architects fulfilling the wishes of its client, fulfilled the general decision of AlDar in the form of a giant circle towering over the sea one hundred and ten meters and having twenty three comfortable floors. At the same time, according to the offered price list, the most expensive rooms and office offices on the last, twenty-third floor, which is equivalent to a European penthouse. And although, unlike the generally accepted layout of such elite housing, AlDar does not have a roof, which, as a rule, houses swimming pools, picturesque gardens with small trees and other elements of the classical entourage of the penthouse. 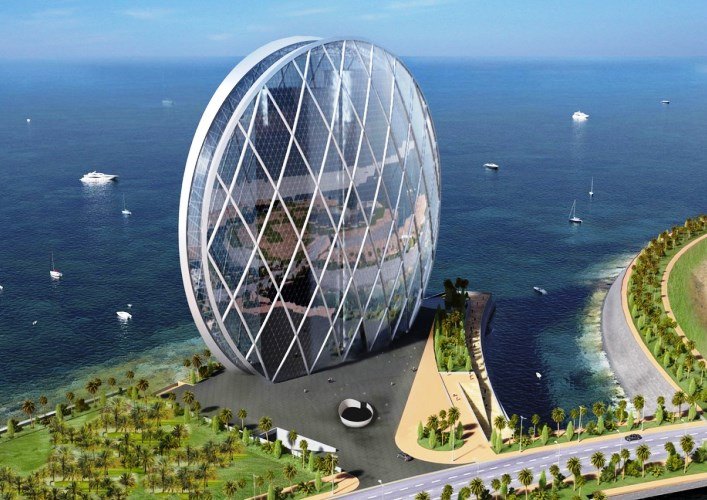 However, in spite of this «significant» drawback AlDar already for several years is considered to be the «Best Hotels in Asia», which was repeatedly confirmed by the mass of various ratings and international competitions in the world of hotel business. So, if you have very definite and not small financial resources that you can afford to spend for an elite holiday in Abu Dhabi, then the Hotel AlDar can be considered an optimal option for the next vacation in the «paradise» corner of our planet.

In principle, if you have already reached one of the flights from Sheremetyevo to the capital of the United Arab Emirates, then it will be quite easy to find AlDar. After all, for this it will be enough to sit in any taxi and pronounce the innermost phrase of most domestic tourists who are not heavily burdened with profound knowledge of English: «A god dammit! AlDar hotel! »