The Garden on the Sands

If there is a certain amount of funds, and no less than a certain desire, in the world it is possible to implement almost all, and even the most ambitious technical projects. This is what the Arab Emirates has repeatedly proved to the whole world, which, having rather large resources, built the world’s largest skyscraper, built giant artificial islands and this time the world’s largest garden on the sands, planted in a lifeless desert. 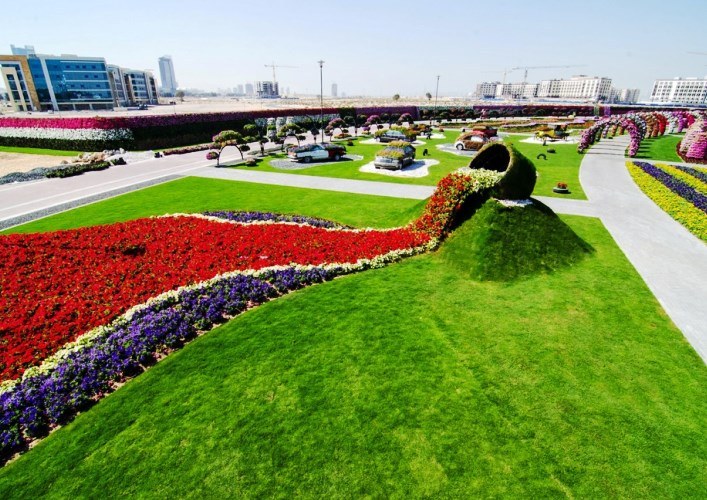 In principle, for the majority of Europeans are accustomed to the natural abundance of greenery in their towns and cities, the large number of flowers and greenery is not reverent plunges into a state of stupor. However, when you first get in this garden on the sands, to the surprise of the results not only of their abundance, and the presence of the fact that this heavenly grace grows in the desert. After all, for every inhabitant of our planet, the contemplation of a six hectare planted with petunias and hyacinths, believe me, the impression is not for the faint of heart. But the reality is that it all exists, smells and pleases more than a million visitors a year. 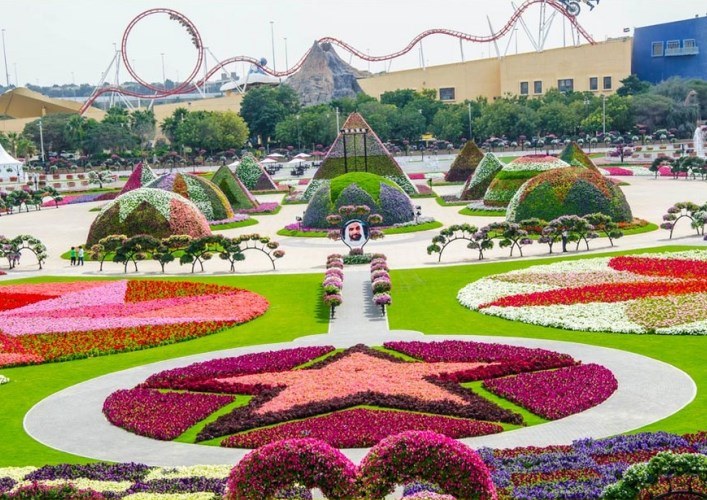 Dubai Miracle Garden is not so simple

At the same time, it should be noted that to create the next Asian landmark, Akar Landscaping & Agriculture Company has made a lot of efforts to solve not only the technical problems associated with the construction of this flower garden, but also purely organizational ones. After all, in order to plant such a number of plants Akar Landscaping & Agriculture Company has written out the seeds of petunias and hyacinths, of different colors from the nurseries of countries such as Germany, Italy and even the USA.

In addition, on all flower beds and lawns you will not see the irrigation sprinkling systems customary for our eyes. After all, in the conditions of the Emirates, all this pseudo rainwater would instantly evaporate. And for this purpose practically all plants of the garden are irrigated with water with additives of necessary fertilizers with the help of a special drip irrigation system, laid under a layer of artificial soil. After all, in the place where the Dubai Miracle Garden is located, which guarantees the best rest in the world, there is simply no soil as such, but there is ordinary sand, on which besides «the camel’s thorn» nothing grows. 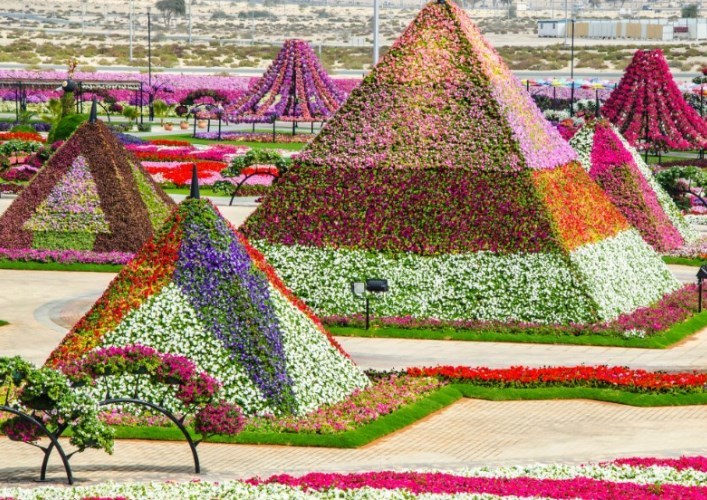 If you are in the coming season to choose a holiday in Asia, then we strongly recommend to visit the United Arab Emirates and, of course, their capital, the city of Dubai, to which it is quite easy to get if you purchase an air ticket from Sheremetyevo in advance. And the Dubai Miracle Garden, which we noted, is located in one of the suburbs of the capital of the UAE, it’s quite easy to find it, because Dubai Miracle Garden is located next to the Central Amusement Park, where a good freeway is laid and there is a lot of transport.