Journey to Japan: Temples of Kyoto

Among the numerous attractions in Japan, Kyoto is the most revered and popular city, both among the Japanese themselves, and those who come to get acquainted with the culture of this ancient country.

So it turns out that in many guidebooks on the country of the Rising Sun Kyoto is also called the «City of a thousand temples» and this has its share of truth. Although in fact Buddhist and Shinto temples in Kyoto are much larger, namely about two thousand, the city is struck not only by their abundance, but also by their peace and quiet. Perhaps, it was this energy tranquility that caused the beginning of the capital of Japan and the main residence of emperors from Kyoto to Kyoto from 794 to 1869. But, despite the fact that in the courtyard of the twenty-first millennium for a significant part of the Japanese this city and its temples are a place of special veneration. 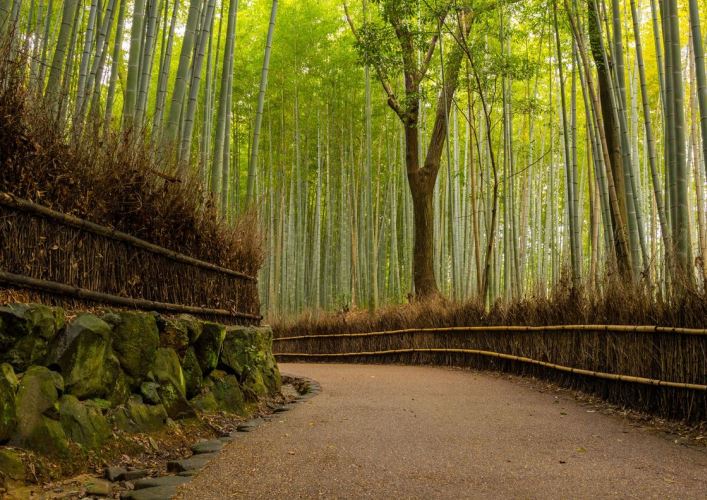 It is not for nothing that the holding of numerous religious holidays is accompanied by a significant number of those present who do not have pronounced religious inclinations, but simply paying tribute to the centuries-old traditions. And in this regard, the numerous sights of Asia in Kyoto are slightly inferior to the Fushimi Inari temple, built in honor of the Shinto fertility deity Inari. And this temple is especially popular two times a year, namely on the first day of the new year and on the days following the completion of final examinations in Japanese schools and colleges.

According to long-established tradition, it is a good sign to thank Inari for the results of the past year and successfully passed examinations, which at best will promise next year to family well-being and success when entering the university or when looking for the first job. To what extent, it is quite difficult to say this is true, but traditions and signs have the property of sometimes helping, but it is worth remembering that what only you do not just in case, but the case, then there is everyone. 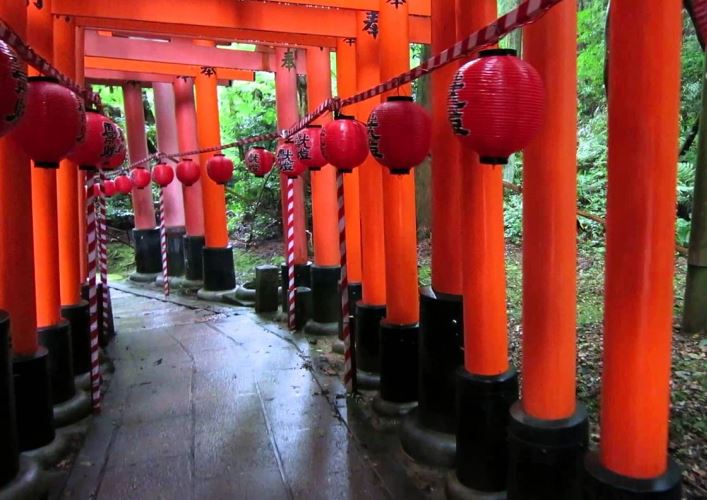 However, in addition to this kind of pilgrims, throughout the year the temple of Fushimi Inari attracts a significant number of ordinary tourists, taking into account the fact that it is in this temple that such a unique structure as «The Path of Ten Thousand Gates» is located. And this is not an allegory, but a real fact. After all, the temple itself is located on the top of a small mountain, and the path to it is framed by ten thousand stylized gates, which are located all over the four-kilometer path. A feature of this structure is that in the interval between the next gate you see another «picture» of the external world presented in the form of magnificent bamboo groves and green lawns. In principle, this is some embodiment of the variability of the outside world from the beliefs of the Shintoists, but in any case it is an unforgettable sight. So, do not forget your trip to Japan, which adorned the visit to this amazing temple.