Neuschwanstein Castle is the miracle of architecture 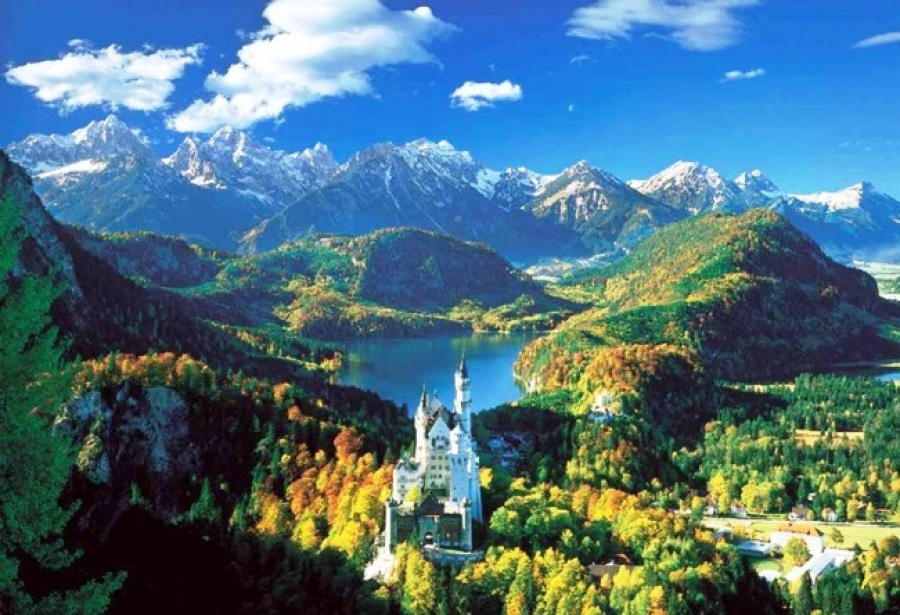 Have you ever thought about making your dream finally realized. So, someone’s dream, after all, apparently, has been carried out. Since Neuschwanstein Castle, this is a fantasy that has now become a reality. The name, of course, it is difficult to remember the first time, but the essence is not the case.

As if you did not think, but this fabulous, you just never ever see it, we can guarantee you. The castle stands on the spot where once stood two fortresses, the front and rear of Schwangau. The story was that King Ludwig II gave orders that need to blow up the rock. It was necessary, in order to lower the plateau at 8 meters and thus make room for the beautiful castle.

After the road was built and laid the pipeline in 1869, in September, it was laid the first stone to build the castle. From 1869 to 1873 the gates were built. The third floor housed the quarters of the King, as well as several comfortable rooms on the second floor. And only in 1883, the construction of the castle was completely finished and the spring, the king moved to the castle. Two years later, the king died.

Each room of the castle is dedicated to the heroes of Vengerovsky operas, as well as the German legends. Interior decoration has incorporated a variety of architectural styles, and overall, it turned out not lock, and the miracle of architecture. Particular attention is drawn to the hall, which are Colonia stalactites, the throne room, which was made in the Byzantine spirit and singing hall.

Describe the castle, it’s not a difficult job, but to see it with my own eyes, it’s completely different. At the sight of the castle is breathtaking, words just are not enough, because really, it seems that you are in some kind of wonderful fairy tale where you are the hero of historical events.