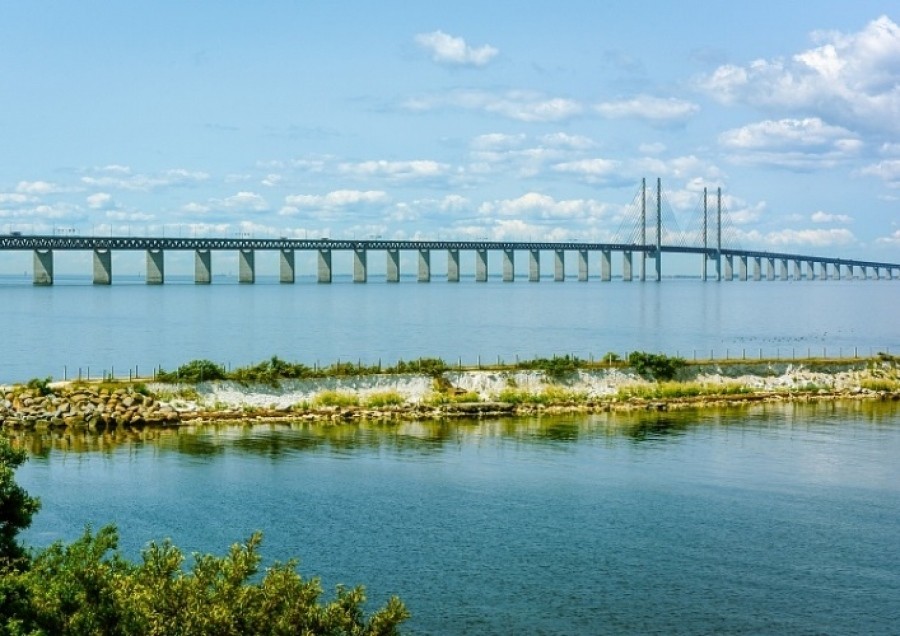 What bridges do you know? Except, of course, the bridges of your hometown? Brooklyn Bridge, Charles Bridge, Tower Bridge, Bosporus Bridge, the Golden Gate Bridge, and a couple more bridges. These bridges “play” in movies, about them they write in books, they are painted by artists. They are known. Many bridges in the literal sense of the interesting places in Europe. But apart from the well-known bridges, in the north of Europe there is one, less well-known, but very very interesting Eresund bridge.

Cinematography and interesting places in Europe

In the film industry like to use a variety of beautiful or memorable objects. And what can be remembered better than an unusual beautiful bridge? Bridges, as interesting places in Europe, are very popular in this role. For example, the Tower Bridge is present in almost all films and serials, where there are views of London.

Prague Charles Bridge plays not only in historical films or melodramas, but also high-budget blockbusters. And how can you imagine the “Godzilla” Roland Emmerich without the final scene on the Brooklyn Bridge? And in 2011 the TV series, filmed jointly by the Danish and Swedish TV corporations, appeared on the TV screens. It was a TV series “Bridge”, in the video series of which our hero – the Öresund Bridge plays a leading role.

What is this very Eresund bridge? Here are some interesting facts about it. This is a combined bridge-tunnel connecting the capital of Denmark to Copenhagen with the Swedish industrial city of Malmö. It has a total length of 7845 meters and can withstand a maximum load of 13,602 tons. Among the European combined bridges, Eresund is the longest. A double-track railway and four-lane highways pass along this bridge-tunnel.

In order to connect the bridge and the tunnel, in the center of the Öresund strait, the artificial island of Peberholm was built, which in Russian means Peretz-island. On this island, poured from the rocks extracted in the process of dredging and tunneling, a beautiful nature reserve has now been created. It is the bridge that connects the island with the Swedish territory. And the tunnel goes to Denmark.

The bridge connecting two sovereign states – the Kingdom of Denmark and the Kingdom of Sweden and the border crossing them, has no passport control, because both these countries are part of the Schengen zone. Passage on the Eresunn Bridge is paid and amounts to several tens of euros. If you are interested in the sights of Europe – make a trip along the Eresund Bridge, it’s worth it!