Shinchen is the city under water 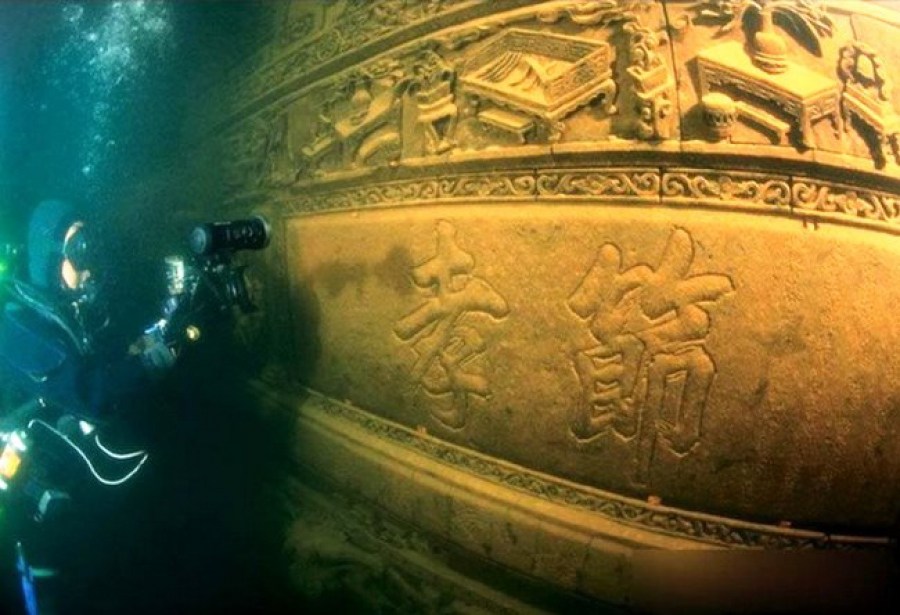 Lost World, but rather a city that once stood on the territory of China up to 1959, was buried under a layer of water. In 1959, the Chinese government decided to build an artificial lake Qingdao. Due to the construction of hydroelectric dams, it has been flooded more than 500 square kilometers on earth. On the surface was a small island, the area is equal to 86 square kilometers, but it does not make up for the loss of a sunken city and lost forever.

Ready, according to some scientists, this city has a great chance to continue much longer than all the other cities in China. And all because it does not apply the sun, wind and other atmospheric precipitation, the more so because it is in the lake, where the water does not circulate, and there are no undercurrents. The city Shinchen, has another name, but rather it is called the Lion City. Each time here down divers to explore it and to look at how to keep the city under water, and that could change for decades.

This amazing city under water, perfectly preserved and attracts not only divers, but also curious tourists who do not mind to look at the history. Going down under the water, it is possible to detect not only the city, but also a large number of islands that are located there. It’s amazing and mesmerizing everyone who sees this landscape, especially since he is under water. Still this lake, which is flooded city, the lake is called 1000 islands, and all because there are about 1078 islands and that’s fine.

If we talk about the lake itself is surprisingly, is the purest lake, which only can be found all over the world. The water is completely clear and not contaminated, to achieve such a success can not everyone. And as it turns out, a local producer of mineral water, only uses this water to create their products.

On the one hand it is fine, but on the other hand, it is a shame, because if you count, then the water was not only the sunken city, and 377 villages, 27 small towns, 50,000 acres of land for agriculture, etc. This is not only a shame, but it is not clear why the government did not respect any measures in order to leave the city to safety, it turns out that they acted as they wanted.