When we choose a place to go on vacation, and a hotel to stay, we are looking for only one hotel and a place that, at least, will satisfy our needs in design and service. So, the rooms in a hotel should be attractive, and the staff – friendly. No one likes when you pay for your room and you are treated rudely. In order to help you with your choice, we present top-10 strangest hotels in the world. 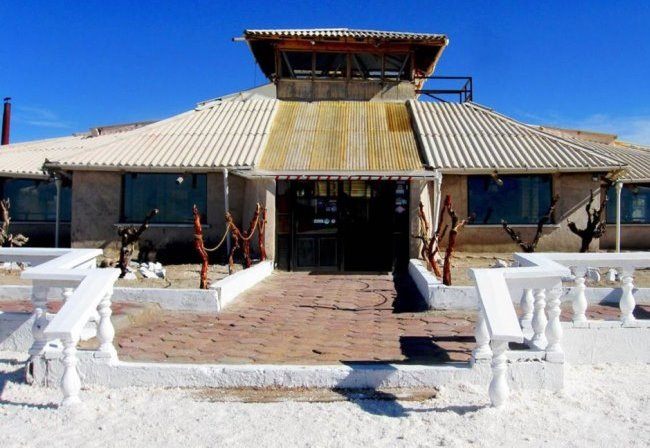 1. The first in the List is a salt hotel, located in Bolivia and called Salar de Uyuni. From Spanish, it means « on the edge of the salt desert». But the most interesting thing is, that the hotel was built of the most ordinary and at the same time unusual material called salt. Yes, yes salt was really used to build the hotel. I bet, you’ve never been in a hotel built of something except stone or wood. 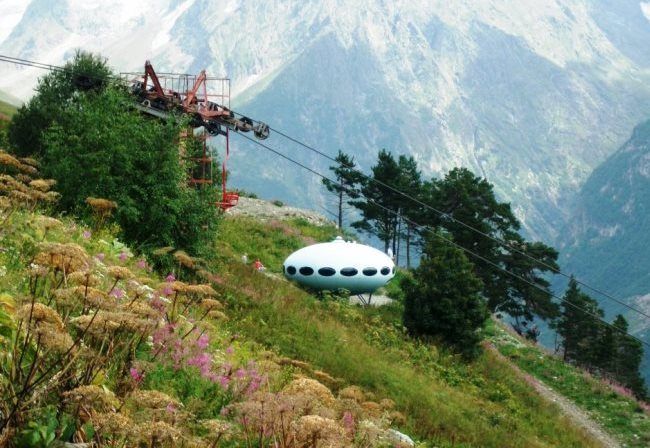 2. There is also a hotel, built probably for those who like mysteries and believe in UFO. That is to say, the hotel was built in shape of UFO. The hotel is located at an altitude of 2250 meters at the top of the mountain Mussa-Achitara. There is a special funicular, so the visitors could feel comfortable. The only drawback is, perhaps, that there’re only two places in one room, so you have to book a number in advance. 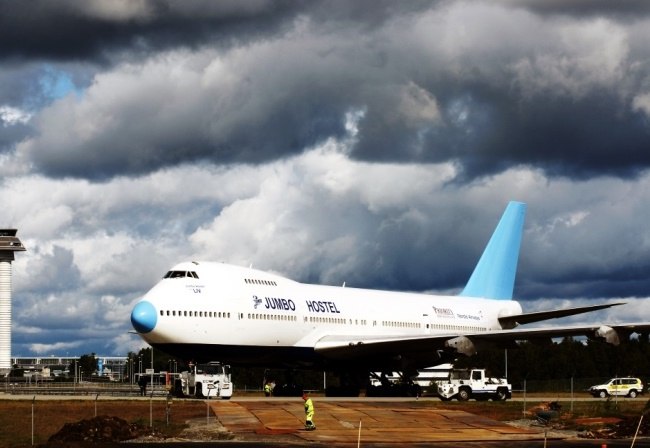 3. Mini hotel in Stockholm, will amaze any tourist. That’s the only city, where you can see the hotel in the Boeing 747-200. To visit this hotel is the most desirable dream. There’re 76 « rooms» there, and the suite is located in the cockpit, where the pilots used to sit. And the most important thing is that you can satisfy all your needs there.

4. In Austria, there is also an unusual hotel called «DasPark». You will not believe it, but the rooms look as if you walk into a sewer pipe, but everything inside is gorgeously equipped. Although for those who like all the facilities to be available, it is not the right place, because there is only a bed and a window. But the main idea consists in an opportunity to relax amidst the nature. 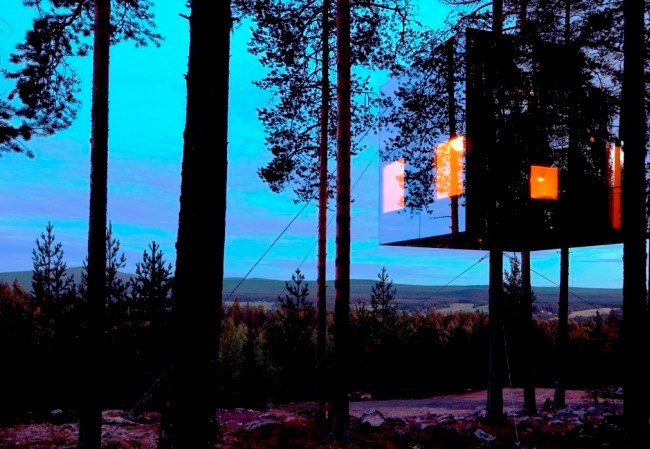 5. If you want to return to childhood and visit the house on a tree, then you need to go to the suburbs of Boden. Houses have modern design and situated in the woods, but this hotel is really suitable only for those who want to spend time on an open air. 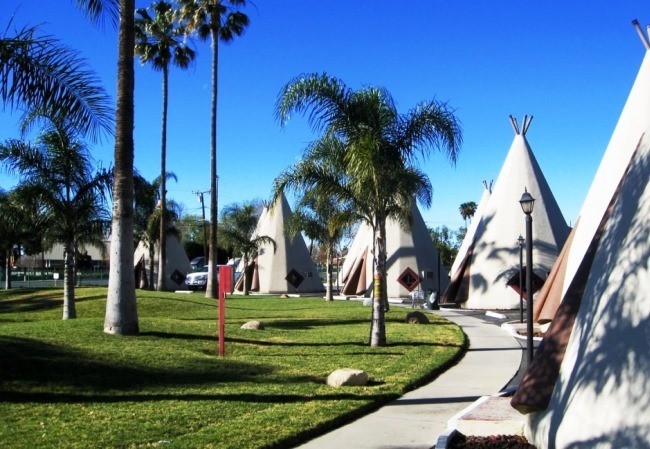 6. If you want to live like an Indian, the houses, built as wigwams, will help your dream to come true. These wigwams are located in the United States. The main material was the buffalo skin. However, not everyone will enjoy such lifestyle, so be careful, while choosing. 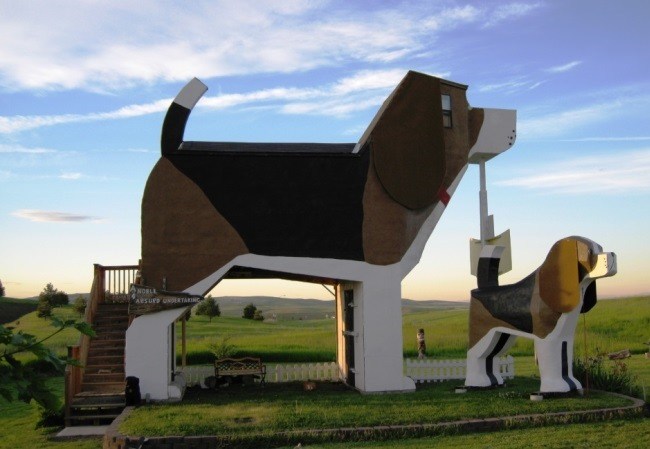 7. Really unusual hotel can be called the hotel, built in form of a dog. It’s not necessary to pay attention to the figure of a dog, because there is everything you need, and the food here is just gorgeous. Still, this hotel is designed for those who like something unusual. 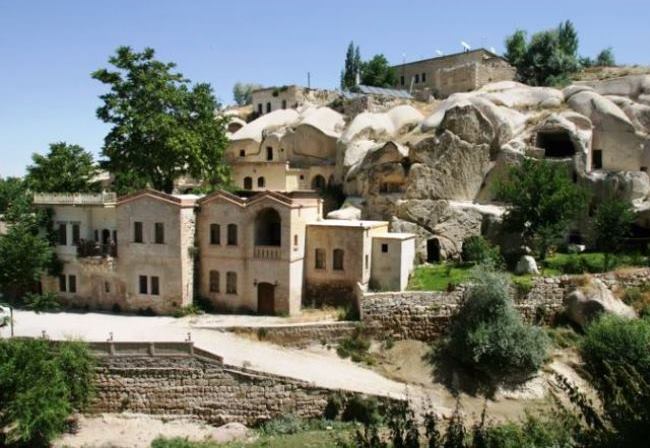 8. There is also a strange hotel in a cave. Of course, it is not as surprising as it used to be. Whoever built this hotel, in the first place, he was building an apartment for himself, and then decided that people should also live in an open air, as it was in ancient times. 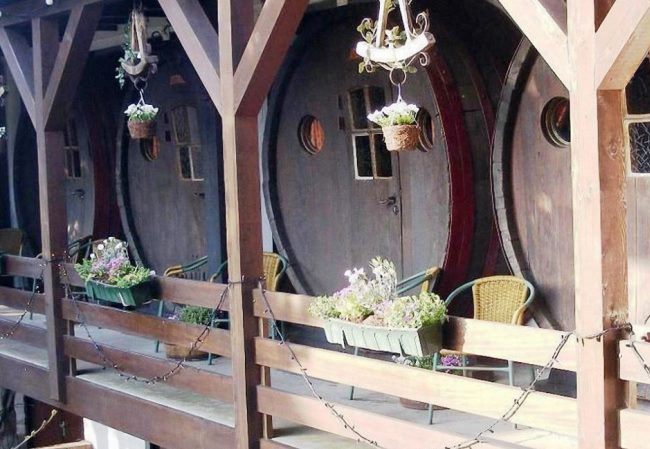 9. In the Netherlands, you can find a hotel in wine barrels. It is located on the shores of Lake IJsselmeer and the rooms were built in wine barrels, which were used to store wine once. The size of the room makes it possible to install two beds and a small terrace, which is necessary for an evening or morning tea. 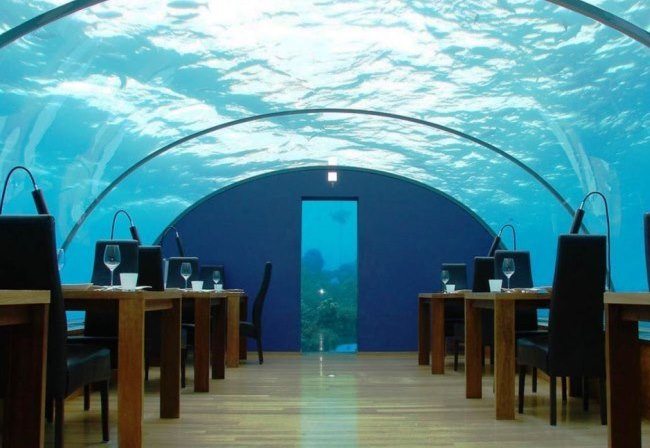 10. We can’t also forget about the divers in the list of top-10 strangest hotels in the world. It may sound strange, but yes, there is such a hotel, which, by the way, is under water. There’re only six rooms available, but it does not prevent visitors from diving under water, because it’s the only way to get to your room. The Baggage is, of course, delivered by the elevator; nevertheless, you’ll experience a lot of crazy stuff there.