Top 10. The most unusual hotels in the world

Are you interested in someday something unusual, if not non-standard. If so, we want to give you a list of those hotels that we think the most unusual, one might even say wild. But interestingly, they did not just surprise us with their views, but also make it clear that in this world you can do anything you like, as long as that desire. 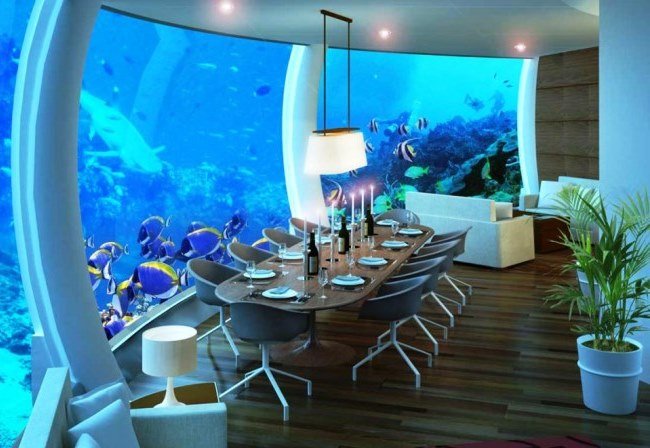 1. And so, the hotel called «house hamster.» The opening of this hotel was relatively not so long ago, in 2009, in France. The idea of architects is that the person being in the room felt so myself hamster. The room rate is 99 euros. 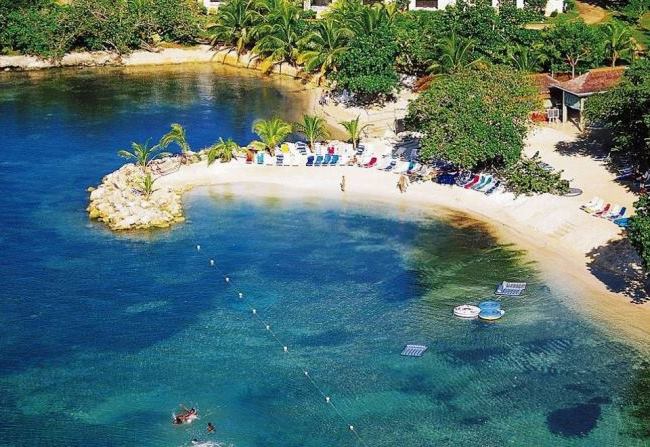 2. If you love to dive under the water and see an unusual marine world or the world of the ocean, the hotel is under water, this is your chance to experience the incredible emotion. Hotel Poseidon Undersea Resort. It was opened in 2010 and was just amazing for tourists. For a week stay in this room, you will need to pay 30 thousand dollars. 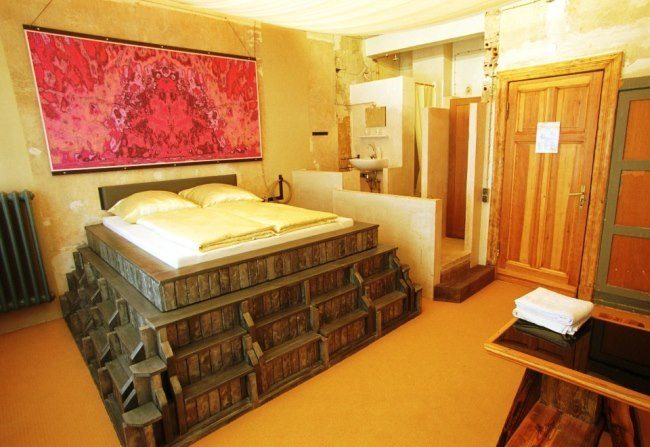 3. Hotel in Jamaica will not leave you indifferent, although looking which way you look. This hotel is more designed for those who like to sunbathe naked and not ashamed of it. This allowed almost all sexual fantasies and if you are interested in such an unusual offer, this hotel is for you. The cost is not too high, especially for Jamaica, from 50 to 100 dollars. 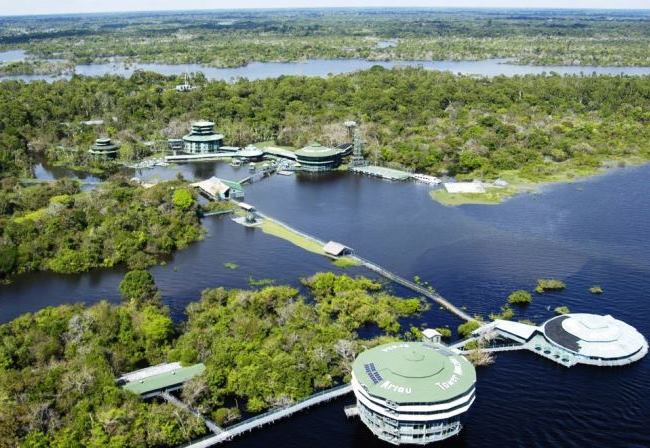 4. Hotel in Germany is amazing its architectural design. And all because, coming into a room, you will see the sloping floors, unusual design of the walls and much more. Hotel name Propeller Island City Lodge. Room rates range from 75 euros to 115 euros. 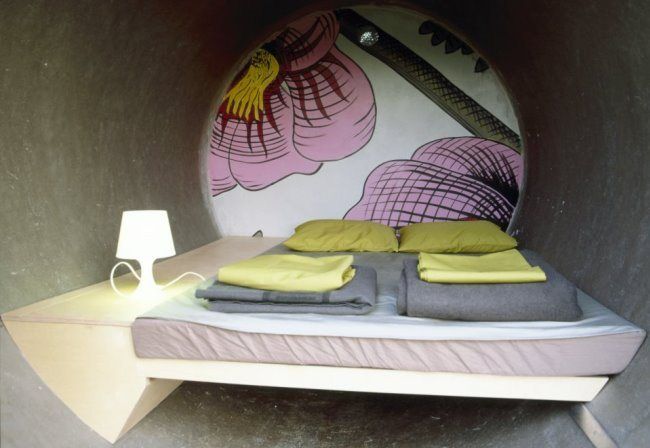 5. Brazil, this unusual world. So she decided to surprise his hotel, which was built in the village. If you want to find it on the Internet, you will need to enter the name of Ariau Amazon Towers Hotel. Describe such beauty is difficult, because it is best just to see and appreciate the very room range from 484 dollars to 1260 dollars. 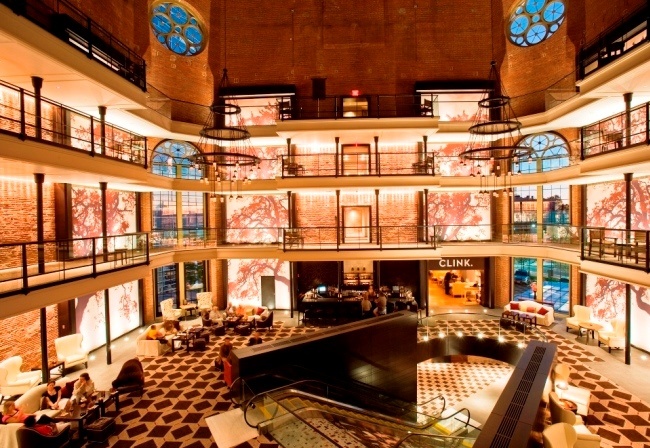 6. Do not be alarmed if you hear that in Austria there is a hotel in the sewers. It’s actually not quite so simple in the construction of the hotel to use cement pipes, which are commonly used for the construction of sewers. Hotel name Dasparkhotel. The only negative of this hotel is that there is no soul in it, no toilet. The cost of such numbers is not declared, as the visitor himself can decide how much he wants to pay for accommodation. 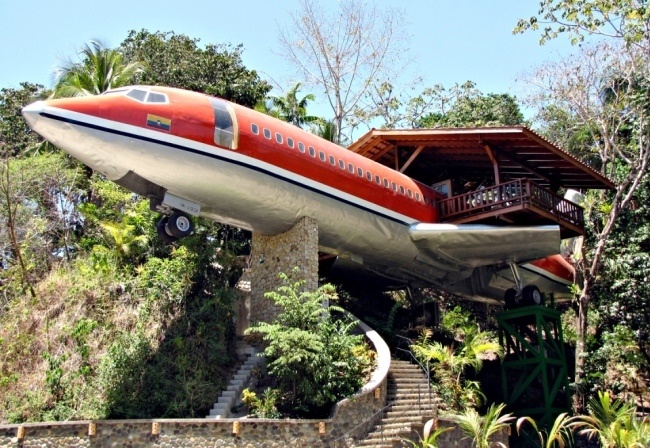 7. In Australia, there is simply daunting hotel because it inside, and the outside looks like a prison. More than 120 years before there was undeveloped hotel, kept prisoners there. But since 1995, there is the hotel. About the prison There are many legends, some confirmed, some do not, but it fascinates visitors. Double room will cost you 45 Australian dollars and 66 single. 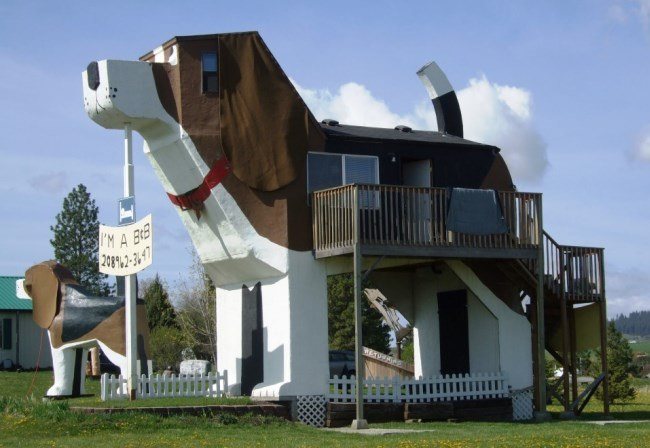 8. In Costa Rica there is a hotel, which is made in the form of an airplane. We go there, you will feel that you are on board the ship and fly somewhere. But what’s interesting here is everything you need for you. Per room per night, you’ll have to pay $ 400. 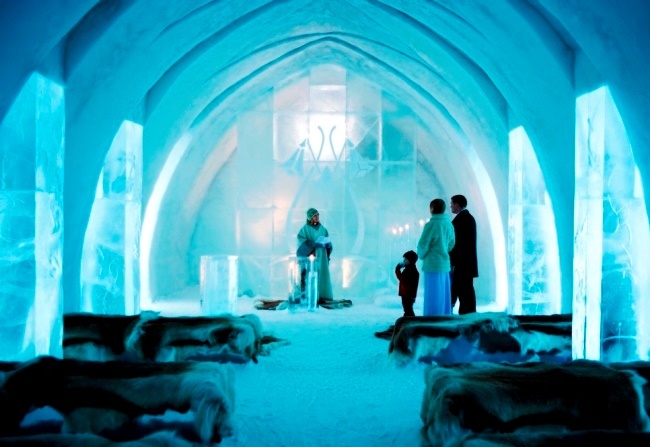 9. If you are not afraid of ice, you can settle in the ice house, which is located in Sweden. The temperature inside the hotel kept constant from 5 to 10 degrees below zero. How to sleep in a hotel can represent only those who have already been there, but they just keep warm in the bar. Cost is $ 700 per night. 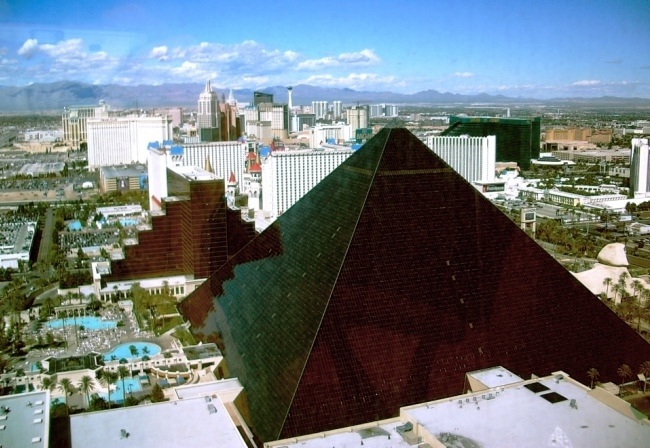 10. And closes our ten Luxor hotel, which is located in Las Vegas. By itself, this exotic hotel, which was equipped as a huge Egyptian pyramid. Room rates depend on what it is you choose, as each of them is special.