Top 10 hotels with an unusual past

Currently, tourists are attracted by the hotels that have an interesting past. For example, they are located in the old locks or other buildings, which have an interesting history. Thanks to list the Top 10, you can see the most popular and famous hotels with an unusual history. 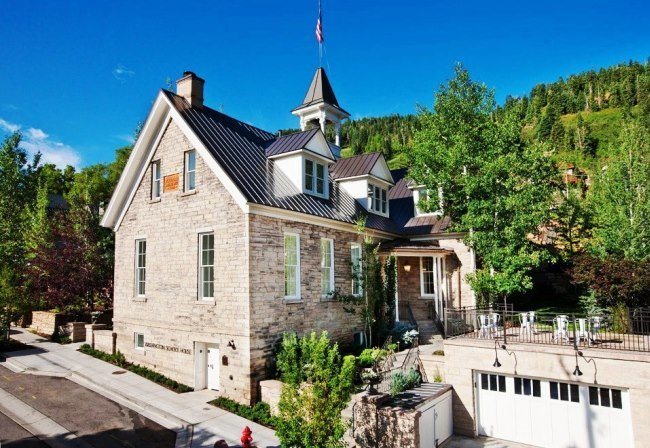 1. Washington Schoolhouse Hotel (Utah, Park City)
This hotel is located in a building which was previously an ordinary school for the children of miners. As the town of Park City, where the hotel is located, is famous for the mining industry, he was considered a mining town. Once residents began to leave the city, located in the school building fund veterans. After many years, Hotel was open, and only a year ago, it has become a hotel. There are only 12 rooms, so every visitor can feel special and get the attention it deserves. 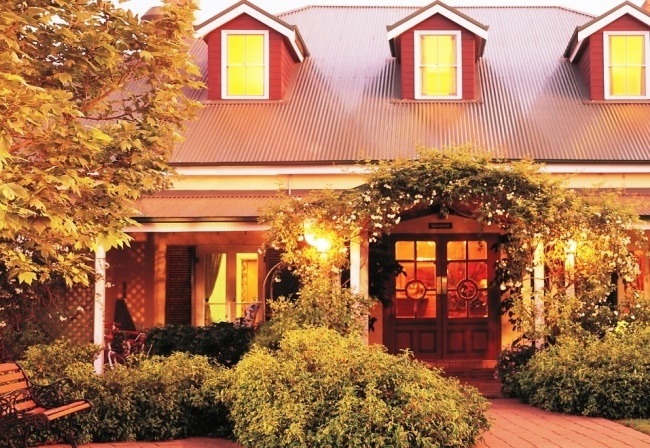 2. Peppers Hotel (Australia, Lanneston, District of Tasmania)
This hotel is the former site of the shipyard, located on the banks of the River Tamar, which can be seen from all the windows of the hotel. In order to have a good time, visitors are encouraged to spend time in a pub, where you can taste a variety of Austrian beer. 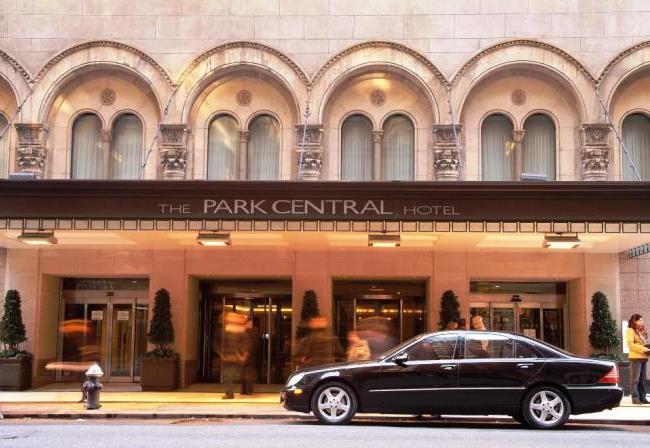 3. Parq Central Hotel (Alkuberka, New Mexico, United States)
Feature of this hotel is that it is located on the site of a psychiatric clinic. In order to restore the building and turn it into a stunning Victorian hotel, spent about 25 million. Dollars. 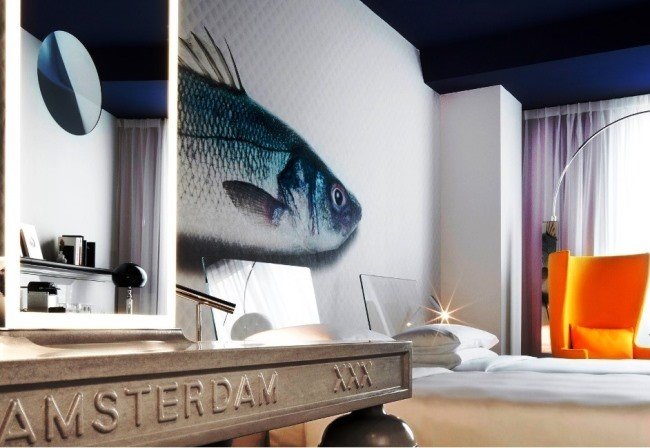 4. Andaz Hyatt Hotel (Amsterdam, Netherlands).
Located in the proletarian district of Amsterdam. Here in 1970 the new building, which replaced the old. There was a library, which was turned into a wonderful hotel. Situated near the art galleries, shops, and many bars and restaurants. 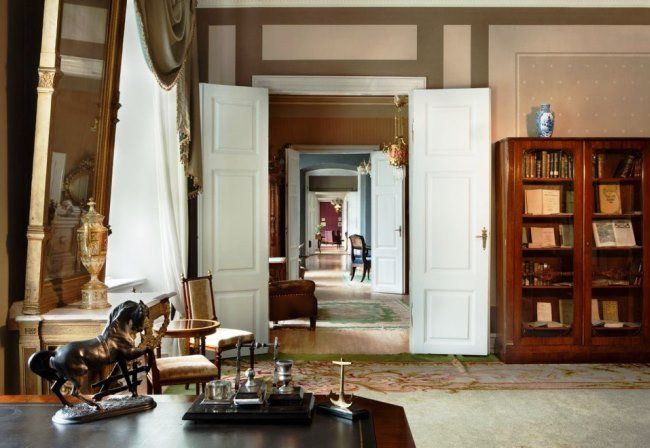 5. Sagadi (Lahemaa, Estonia)
This hotel is unusual because it is located in the stables of the estate. For 5 centuries of its existence, the estate has not lost its flavor, despite the fact that the restored and rebuilt. Since 1970 the manor became the property of the forest and the forest became a national museum with the hotel. 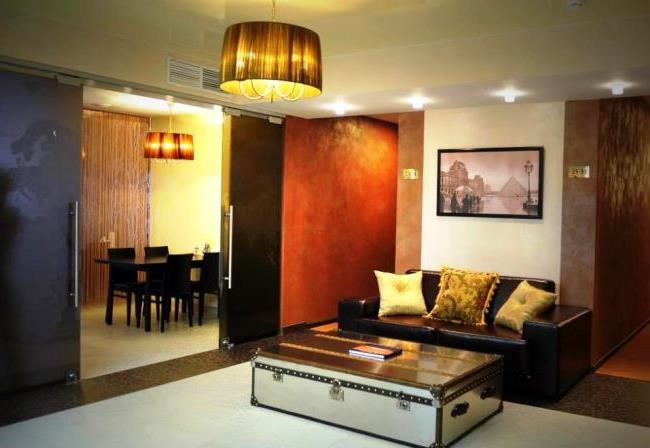 6. La Bordello (Durban, South Africa)
Hotel name says a lot, because he is named in honor of the fact that the building has long been an ordinary brothel. Now La Bordello nearby skyscrapers. The Hotel has 7 rooms, each of which has an interesting design. 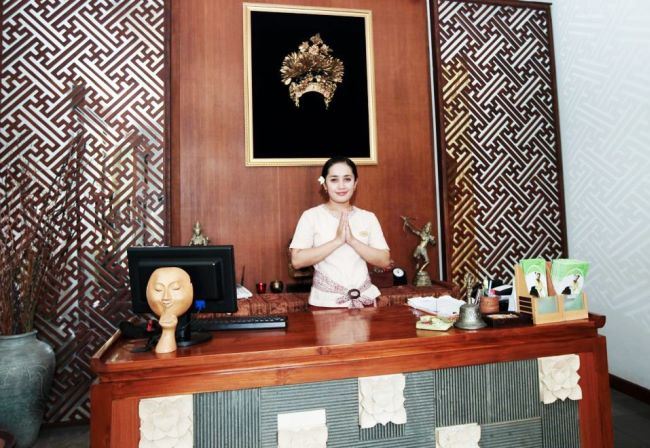 7. Days Inn Rathmines Hotel (Dublin, Ireland)
The hotel is housed in a fire station, which was in the middle of the village. Now the village has become one of the areas and the hotel has gained immense popularity among tourists. It has everything in order to provide visitors a cultural program. 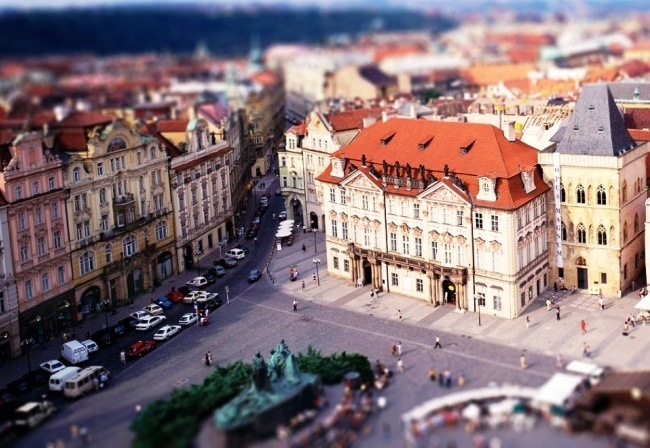 8. Stary Pivovar Hotel (Prague, Czech Republic)
Prague is widely known for its beer, here and the hotel is located on the site of the brewery. Place is remarkable in that it is protected by UNESCO. Also «Stary Pivovar Hotel» is located in a green area of the city that can not but rejoice its visitors. 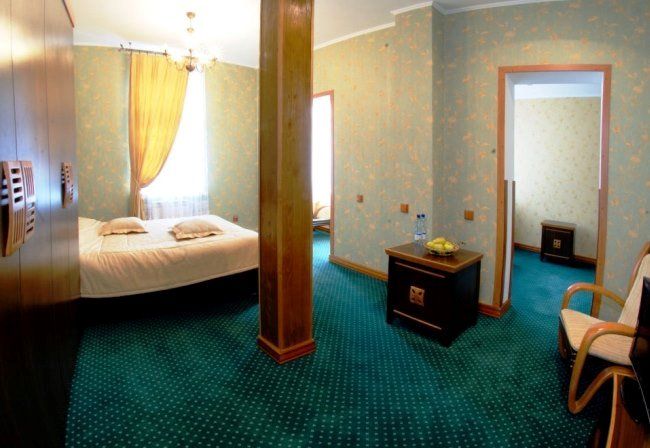 9. Old Vienna (St. Petersburg, Russia)
Here in the hotel restaurant for several years were well-known Russian writers such as Kuprin, Northerner, Averchenko. Also, the restaurant was known for his excellent kitchen, so it was decided to open a branch of the restaurant with the hotel. 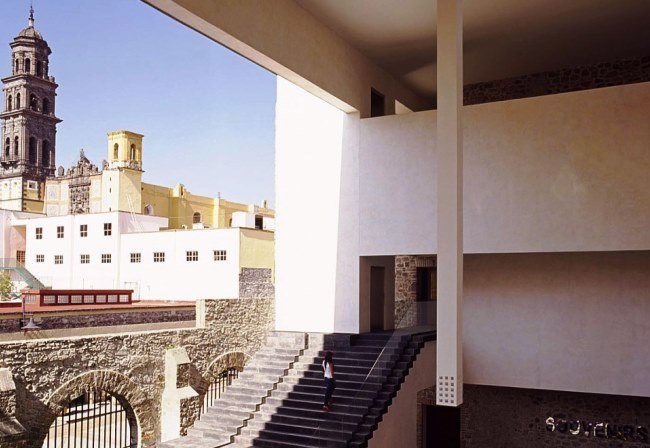 10. La Purificadora (Puebla, Mexico)
The place where the hotel is located is known that there were and Catholic monastery, and plants which produce edible ice, but still the hotel surpassed all expectations and has become very popular among tourists.