Top 10 hotels located in the rocks

Nowadays, people are looking for new sensations, and hotels located in the caves are a place where you can get a lot of new experiences. Many want to feel the life of primitive man, and therefore bought a number of hotels. Top 10 talk about the original caves are located hotels. 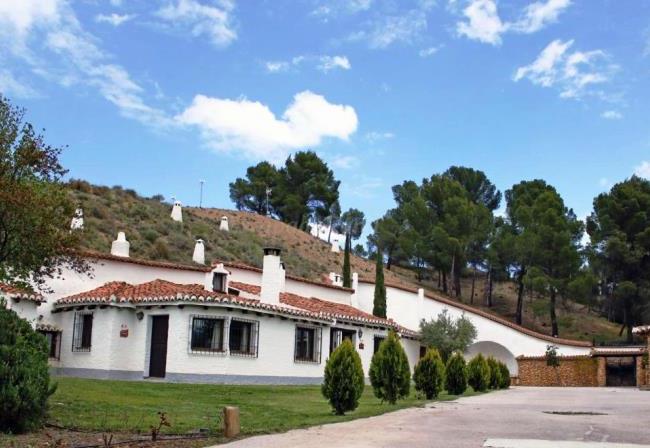 1. Suevas del Tio Tobas (Guadix, Spain)
The town where the hotel is located, has an interesting history. There were settlements during the Paleolithic, and then the Romans were engaged in silver mining here. Many of those who live in the hotel, find it very convenient, because the day is cool and warm at night. 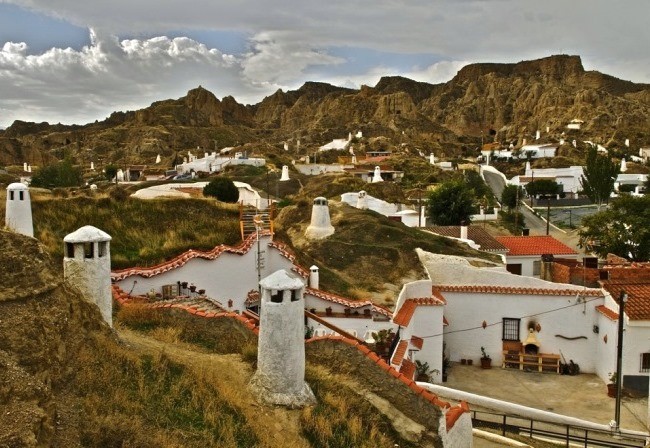 2. Yang Jia Ling Cave Hotel (Yanan, China)
The hotel has three stars, but it does not prevent him from being very comfortable. There are 4 conference rooms, basketball courts and gyms. It is worth remembering that the Chinese are very hospitable and for the hotel room can be a good bargain. 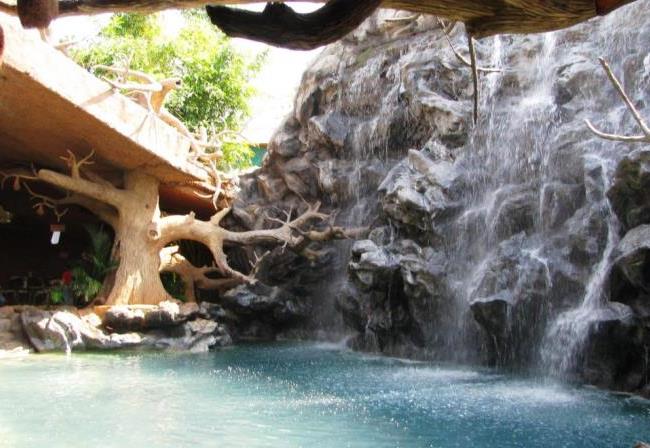 3. Guhantara (Bangalore, India)
A feature of this hotel is that, despite the equipment of modern plumbing and air conditioning systems, where there is a Buddhist point. In the ceiling of the hotel window is placed so that the visitor can look at the stars. 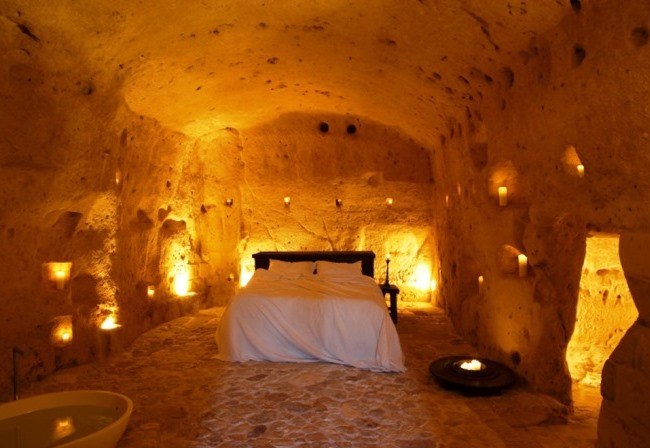 4. Le Grotte della Civita (Matera, Italy)
The hotel is located in the famous city of Matera, who became a UNESCO World Heritage Site. The streets of this city can be seen in various films, such as «The Passion of the Christ». It adds to the popularity of the town hotel attention. Total of 400 euros, you can remove a great number. 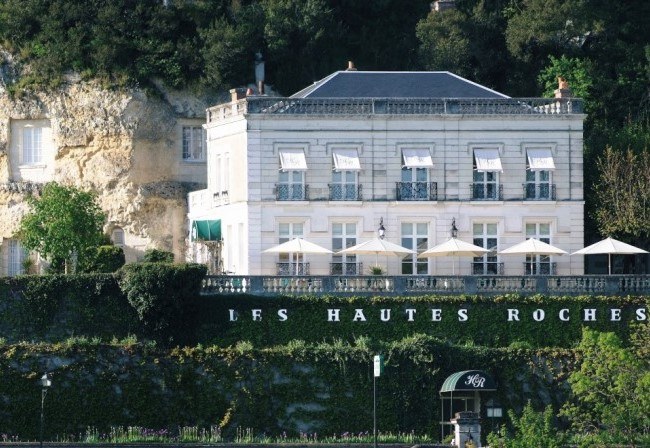 5. Les Hautes Roches (Rochecorbon, France)
The hotel is on the site of the former monastery of Mormon. Because of the austerity room guests can feel the life of Mormon, but modern decoration covers this deficiency. Room in this hotel costs only $ 215. 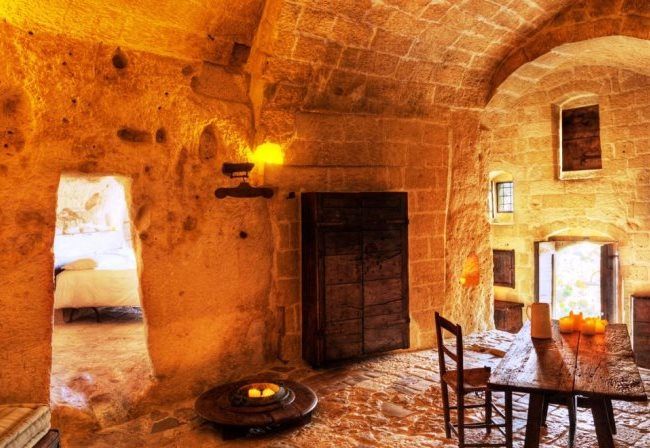 6. Kokopelli Cave Bed & Breakfast (Farmington, United States)
The history of this hotel is quite interesting. First, Bruce Black decided to build himself a house, and he did it. After a while, Black turned it into a real business and built a hotel with rooms that cost $ 260. 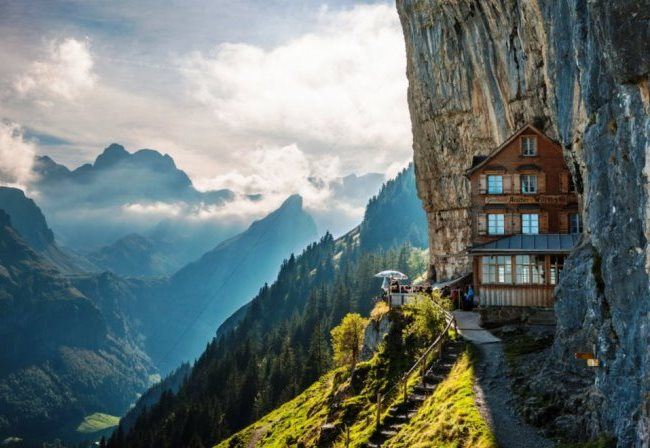 7. La Claustra (St. Gotthard, Switzerland)
Earlier, in place of this hotel was the object Ministry defended the Swiss Armed Forces. But after the need for such a building has disappeared, Jean Odermatt a renovated hotel in the «barracks» for 60 guests. 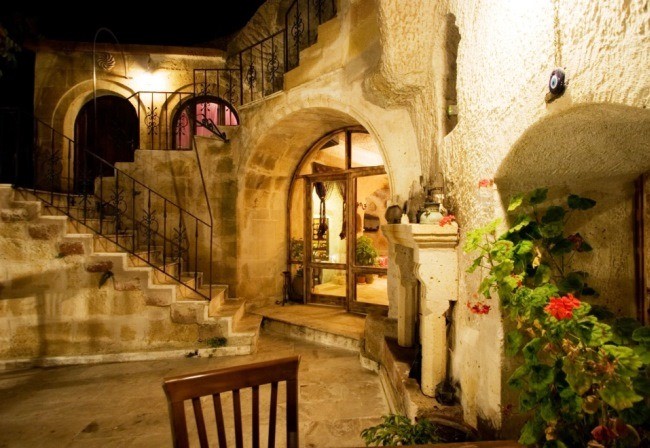 8. Gamirasu (Cappadocia, Turkey)
The city is known for a lot of Cappadocia Cave Hotel. The most famous among them is the Gamirasu. It is located on the site of the monastery, so visitors can visit the ancient site of rarity. 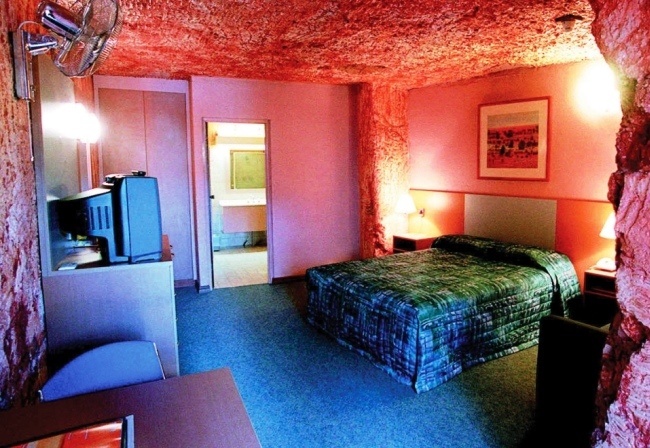 9. Desert Cave (Coober Pedy, Australia)
The hotel is located in the mine, where once mined opal. It has everything you need. Shopping center, restaurants and even a swimming pool, so that visitors have something to do. And in addition, the mine operates a museum dedicated miner’s case. 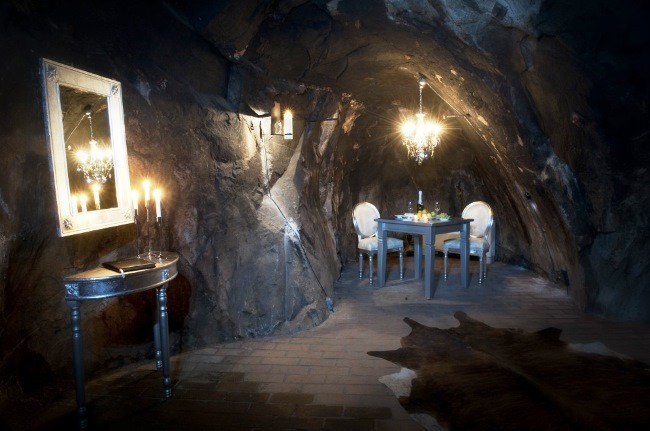 10. Sala Silvermine (Sweden)
The hotel is located in the mine, where silver was mined. You can get it only with a special lift, all visitors advance warning that mobile communication is not caught, and the temperature of rooms not more than 18 degrees.