Unusual buildings of the world: temples

To judge such concept as «culture of the country» it is possible on several components. Music, clothes, traditions, manners, an adverb and many other things testify to the peculiarities of the people. But it is the easiest to learn the culture of a particular country personally, namely, getting acquainted with the architecture. The most durable structures are, of course, temples. 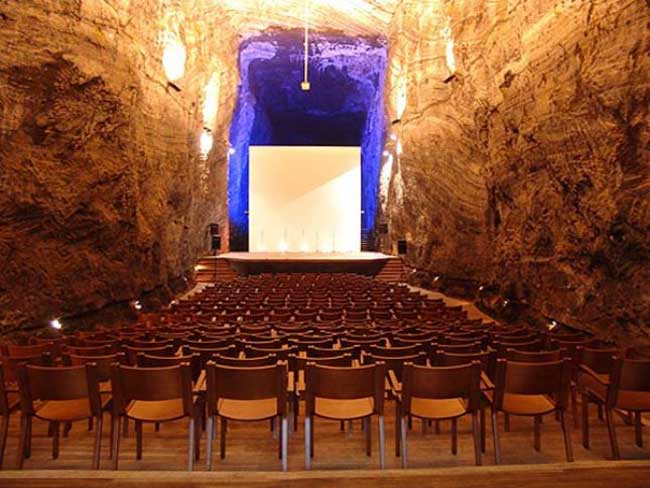 It is the image of the temple that testifies to this or that architectural style of the time when it was erected. This is not just a building, but a shrine that believers seek to preserve. And over time the appearance of the house of God changes minimally. Therefore, even the most ancient churches, cathedrals and sanctuaries are the best guides to the past. Regardless of whether a person is an atheist or an adherent of a particular religion, it is these unique architectural structures that entice us with their greatness and secrets kept within their walls. There are a lot of such places in the world, but there are really unusual temples that amaze with their appearance.

Salt Cathedral of Sipakira in Colombia

The temple is located in … a salt mine. The path to the altar is through a long tunnel. Reverence is evoked by human labor alone, which is attached to building a temple that accommodates several thousand people inside the mountain.

One of the main attractions of Russia. By the decree of Ivan the Terrible, an Orthodox church was built in 1555-1561. The erection of this famous architectural structure was timed to victory over the Kazan Khanate. The enigma is the name of the architect and the origin of such a unique appearance of the structure. Another name is the Intercession Cathedral.

Lutheran Church, which is not only a unique architectural structure, but also one of the four tallest buildings in Iceland. It is located in the center of Reykjavik. Today, an observation deck is open here, from where a stunning panorama of the amazing northern capital opens. And the church itself is visible from any part of the city. The author of the project is the architect Goodyoung Samuelson. The construction was started in 1937 and lasted 38 years. 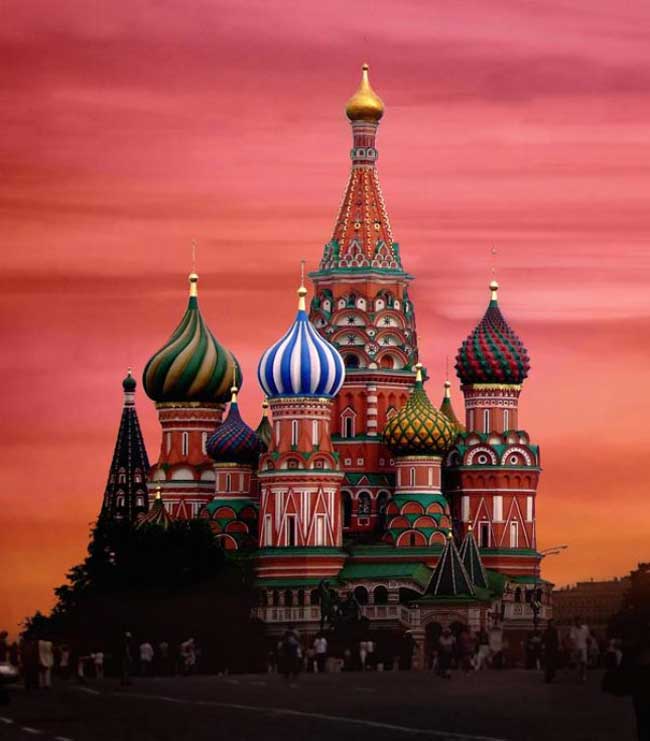 The Cathedral of Las Lajas in Colombia

The temple in the Gothic style is the most visited cathedral of the country. The original building is located directly on the amazing thirty-meter arch bridge. The cathedral is a symbol of the unity of the two peoples, as it belongs at once to two communities: Colombian and Ecuadorian.

In the center of the Albanian capital this unusual temple was built. The author of the project is the Danish office Big. Nearby is the Islamic Cultural Center and the Museum of Religious Concord.

Church of the Merciful God of the Father in Rome

Another name is the Jubilee Church. This is a relatively new building. Architect Richard Meyer presented the project in 1996. The construction was completed by 2001. The unique temple is built of reinforced concrete and is one of the main public places of the Italian capital.

Church of Consolation in Spain

Another modern European church. It is located in the town of Cordoba. The unusual building is completely made in white. Only the wall of the altar is golden.

To unusual assignments can also be attributed hotel Khan-Chinar Dnipropetrovsk-this is a wonderful combination of European service and national color!

Follow the news of Set-travel.com, and you will learn a lot of interesting things.