«Extraterrestrial» landscapes of the planet — Part 1

Are you sure that you have a good idea of what the icy expanses of the Antarctic, mountains, seas, deserts look like? What associations do you call the phrase «The most arid place of the planet»? If you imagine the golden sands of a hot desert, then you are wrong. Where can you see plants that are twenty million years old? Where does the cucumber tree grow? Such a flora is unlikely to grow in ordinary places. Today we will acquaint you with the unique natural landscapes of the Earth, the riddles of our planet.

If you think that the driest place on the planet is a desert, now you will be extremely surprised. The most arid terrain is in … Antarctica. Dry valleys — an area where water has not been more than two million years! There is no ice and snow here, and the earth is similar in appearance to the surface of Mars. Here, NASA conducts research and testing of rovers. The whole secret is that the terrain is surrounded by rocks. From the heights at a speed of 300 km per hour, dense ice air descends and takes everything that meets on the way, including precipitation. After years of research in the Dry Valley in Antarctica, scientists have discovered a bacterium that lives off a few drops of water, hiding from the winds on the uneven mountains. This find has become the basis for the theory of life on Mars. 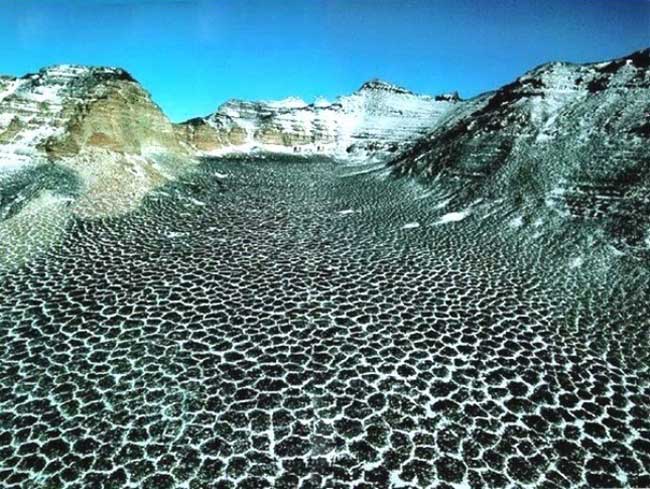 However, the Taylor Glacier also belongs to this same territory. Under the ice, another amazing anaerobic bacterium lives. It recycles iron and sulfur and stains the water coming out to the surface, painted in a blood-red color.

And here is the hottest place on Earth. Meet the crater of the volcano Dallall (Ethiopia). Again, the earth’s surface allows us to get acquainted with what is happening in the distant cosmos. Namely, on the satellite of Jupiter Io. Mad bright colors, geysers and the smell of sulfur. The average annual temperature (and it is +34 ⁰С) is not the only record of this place. The volcano is the lowest of all known — 48 meters below sea level. Dallol still works, but the last eruption occurred in 1926. Then a lake was formed from the salt formations of green and violet. There are no roads here, only from time to time on the caravans of camels local miners take salt.

But you can see the moon from the edge of the eye in this Brazilian reserve in the park of Chapada douz-Veideirus. The plateau was formed 1.8 million years ago. Rocks are the most ancient on Earth and not much younger than the Moon (approximately, twice). The unnatural shapes of the mountains, the direct descendants of the ancient plants and animals, will all remain in my memory forever. Since 2001, the Chapada Dos Veideirus National Park has been a UNESCO World Heritage Site. 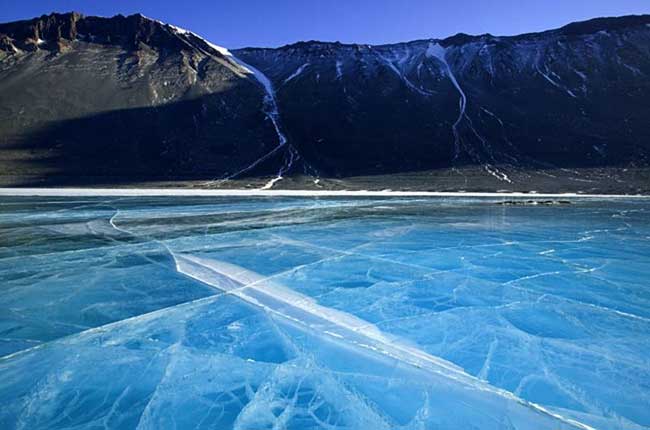 In the mountains of the Sierra Morena for several thousand years mined minerals. Gold and iron, silver and copper, manganese — particles fell into the river Tinto (Spain), originating in the rocks, and carried by the waters. Soon the river turned red and yellow. Does not it look like anything? Correctly, the Bloody waterfall in Antarctica. All because of a related anaerobic bacterium, which processes substances poisonous to the human body and colors the water in fantastic colors. Developments are ongoing today, but a significant part of the river is open to tourists.

Several million years ago, a piece separated from the mainland Africa, divided into four parts. One of them left the land for only 200 kilometers. But for 6 million years a unique ecosystem has formed here. Most species of animals and plants can be found only on the island of Socotra (Yemen). Some representatives of the flora are already 20 million years old. An amazing cucumber tree with a white smooth trunk, a dragon tree similar in shape to a nuclear fungus, a Socotran desert rose, whose appearance attracts and scares at the same time.

Interesting was the recent statement of scientists about the population of the island only a million and a half years ago. Five years ago, here were found tools, ranked in the Olduvai culture (2.7 — 1 million years ago). How did the «clever man» get here in that era — remains a mystery. Modern travelers can easily go on an excursion. Only better to get acquainted with the unusual landscape of the Earth is best in March or February, otherwise there is a risk of falling into bad weather: you will be greeted by strong winds and torrential rains.