The longest river in the Urals is known as Chusovaya. This famous Ural river, originating in Asia, crosses the Ural Mountains and flows into Europe in the Kama. This is the only river that flows from east to west, through the mountains. 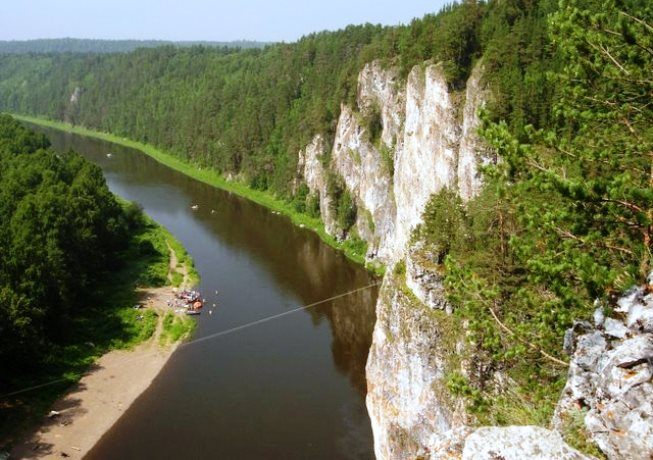 For the first time in history under this name, the first mention of the river is found in the Novgorod chronicles and dates back to 1396. Philologists also mention another name for the river, which is translated from the Komi-Permian dialect as «a river of gorges».

The total length of the famous river is almost 600 kilometers. Its winding path lies along the regions of Chelyabinsk and Sverdlovsk, and also throughout the Perm region. Like any river. Chusova has her own tributaries. The biggest of them are the rivers Revda Ducks, Kamenka, besides them there are many streams, small rivers. The area of its water basin is 42 thousand square kilometers. And on its territory two large reservoirs Volchinskoye and Verkhnemakarovskoye are constructed, both are located on the territory of the Sverdlovsk Region. 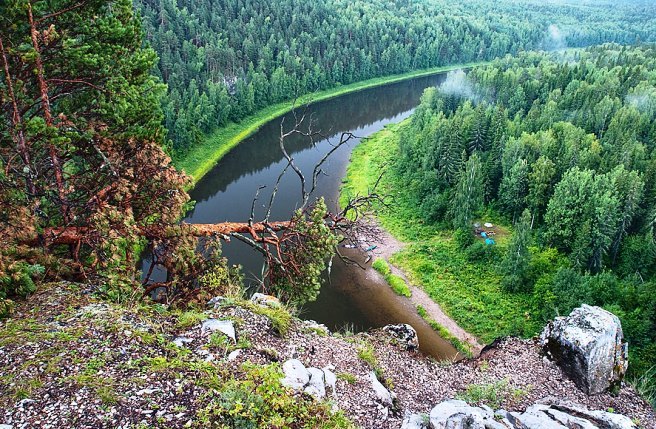 On the banks of the river are built small towns and villages, most of which are in its lower reaches. Flora is rich in rare plants that are listed in the Red Book and protected by law. The fauna is represented by a rich animal world. For example, in the taiga live moose, lynx, hares, wild boars, brown bears, sables, muskrats, beavers, martens. Of the birds — geese, hazel grouses, herons, black grouse. There are a lot of fish in the rivers, including rare ones — grayling, taimen and many pike, bream, yazya. The Chusovaya River is a popular tourist route for more than half a century.