Kazan Temple of All Religions

On the high bank of the Volga, near the city of Kazan stands a multicolor complex of unusual architecture. A guest of the city will ask with surprise: «What is this building?» And he will hear in reply the words spoken with pride: «This is our Temple of all religions»! 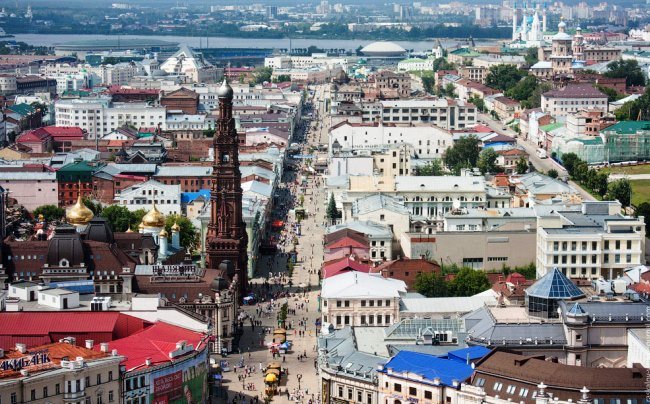 It is difficult to understand at once how this building can be unique, in the architecture of which there are elements of an Orthodox church, a Muslim mosque, the eastern pagoda and other religious buildings of sixteen religions, down to the lost in the depths of centuries. This building is not a temple in the direct sense of the word. Here, services are not held, services and rites fail, and it is not a place of joint prayer of believers of different faiths.

In the temple complex there is an art gallery and a concert hall. Here are held vernissages and concerts. It is an active spiritual and cultural center. The author of the unique project is the outstanding artist, sculptor, architect, thinker and public figure Ildar Khanov. The fate of this man was unusual from the very childhood. In the distant forty-third year, at the age of three, the boy died, unable to endure the hardships of the military hard times. The child was dressed in a shroud, not doubting at all, because Ildar’s parents had already buried two sons. For two days the relatives said goodbye to the child, and on the third day the boy came alive. Ildar remembered all his life that an old man had saved him, returning him from oblivion.

Years passed. Ildar was educated as a sculptor in the Art College of Kazan, then he studied in Moscow, at the Surikov Institute. Over the years of creativity, many outstanding works have been created, which are in many museums of the country. And membership in the Union of Artists of the USSR, this is confirmation of the talent of the master. Since his youth, Ildar has been hatching the idea of ​​creating an International Cultural Center of Spiritual Unity. It was filled with yoga and healing. A new development of the idea was given by acquaintance with Jawaharlal Nehru. Ildar shared his plan with Svyatoslav Roerich and his brother Yuri, having received their approval. 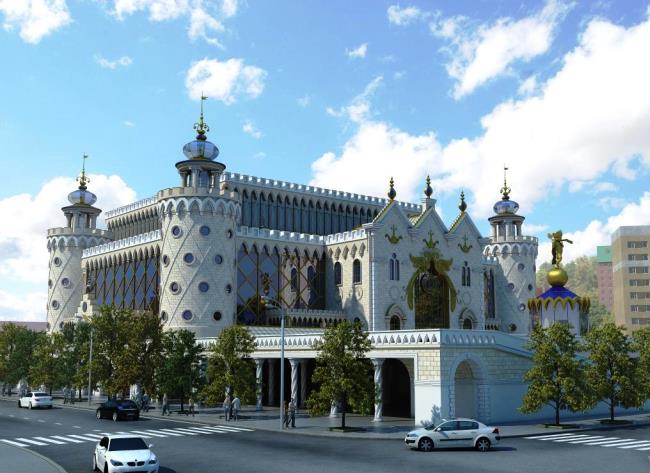 First, the author presented his vision of the temple in the architectural center, and then an event occurred that gave rise to construction. During meditation, Ildar saw the old man who saved him in his childhood and realized that the time had come. Construction began in 1994 on its own small plot of Ildar Khanova. It lasted for many years. Many people helped. Their contribution was made by close friends and completely unfamiliar people. Construction itself has become a unifying idea for people of different faiths. Honored Art Worker of the Republic of Tatarstan Ildar Khanov died on February 9, 2013, having completed the main business of his life — the Kazan Temple of all religions.