Lake Jack London among the mountains of Magadan region

To the surprise of many visitors, the name of this lake has quite a few versions and peculiar interpretations, up to the point that Jack London himself was on its shores. However, most likely, the origin of his name looks much more prosaic. 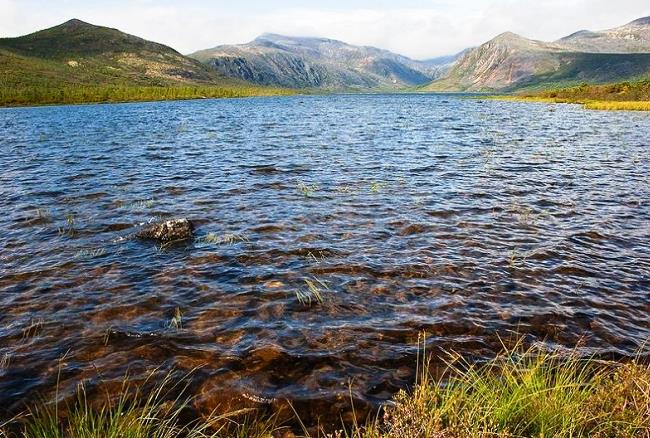 According to the most plausible version, the modern lake Jack London name was given to him in 1932 by Peter Ivanovich Skornyakov, a native geologist who in those years was studying this area of the Magadan Territory and, according to the memoirs of his colleagues, was quite fond of the work of the great American writer. Most likely, it is for this reason that the lake, almost similar to what Jack London described in his stories, got its name.

Lake Jack London is located in the upper reaches of the Kolyma River in the Yagodninsky District of the Magadan Region and by general attributes belongs to the category of high-mountain lakes, as it is in the mountains at an altitude of more than 800 meters above sea level, extending in the north-west direction by almost ten kilometers at maximum depth in fifty meters.

And the lake forms a small river Purga and several, quite abundant streams, the largest of which is the creek Unknown. At the same time, through the narrow channel called the Variants Channel, Jack London’s lake connects with the smaller lake of the Dancing Harious, and then, along the Kuel-Sien River, the water from both lakes enters Kolyma, being its left tributary. 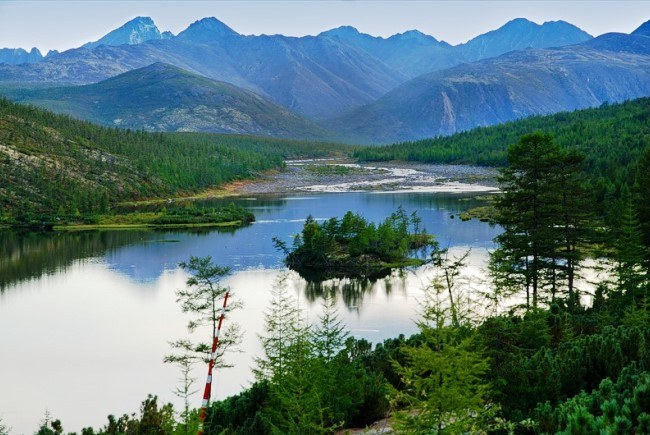 Since the middle of the last century of this territory, it has been awarded the status of the «Natural Park» Lake Jack London «, which is mainly due to the unique nature and mountainous landscape, which is universally believed to be akin to the Norwegian fjords. After all, as well as there until the middle of summer, the water near the coast does not warm up more than 10-12 degrees, despite the fact that in the middle of the lake there are still floating ice floes.