The fact that the Indigirka River flows through permafrost leads to the fact that almost every winter in its lower reaches it freezes to the very bottom. However, this circumstance does not prevent it from being a rather rich region, both for fossil and natural resources. 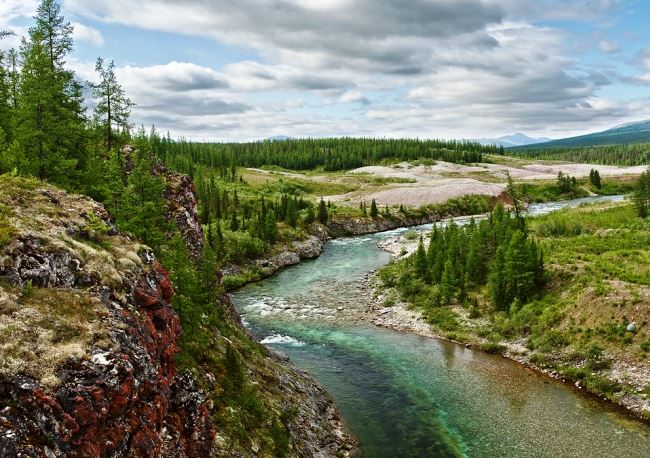 Indigirka originates on the northern slopes of the Khalkan Range, where the merging of two rather small rivers Khalkan and Taryn-Yuryakh occurs. The total length of the Indigirka is 1977 kilometers, and the annual run-off is more than 58 cubic kilometers, which translates into a solid product weighing more than 13 million tons.

No less remarkable moment of the territory adjoining the river is the circumstance that the village Oimyakon, standing on the bank of the Indigirka, competes with the Yakutian Verkhoyansk for the title of the absolute pole of the cold. And although this dispute so far has no winner, but in Oimyakon the lowest temperature in the territory of the Russian Federation was minus 71 degrees. The thing is that the village stands between the mountain spurs, the cold air stagnates here much longer, with this in Oymyakon, the temperature is much lower than it usually is in these latitudes.

But, despite this, the Indigirka River is quite popular among tourists, especially those who love water rafting on kayaks and rafts. After all, for almost sixty kilometers, it flows along the so-called Indigirskaya pipe, which runs through the mountain range of Chersky. 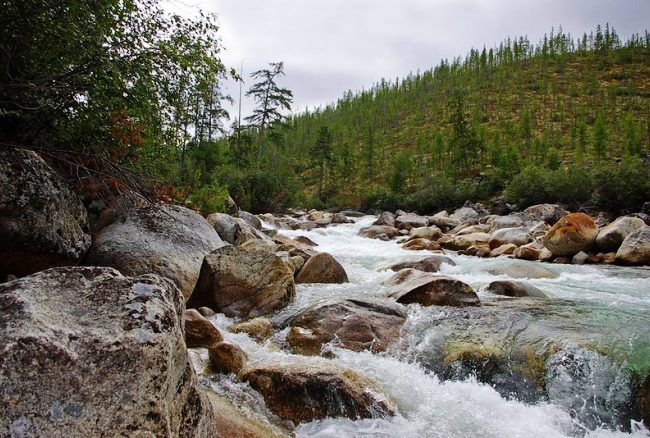 In the summer months lovers of this extreme sport here can get maximum pleasure, both from the complexity of the route itself and from the beauty of their surrounding nature. So, if you have time and desire, that descent through Indigirka will leave you with the most indelible impressions.